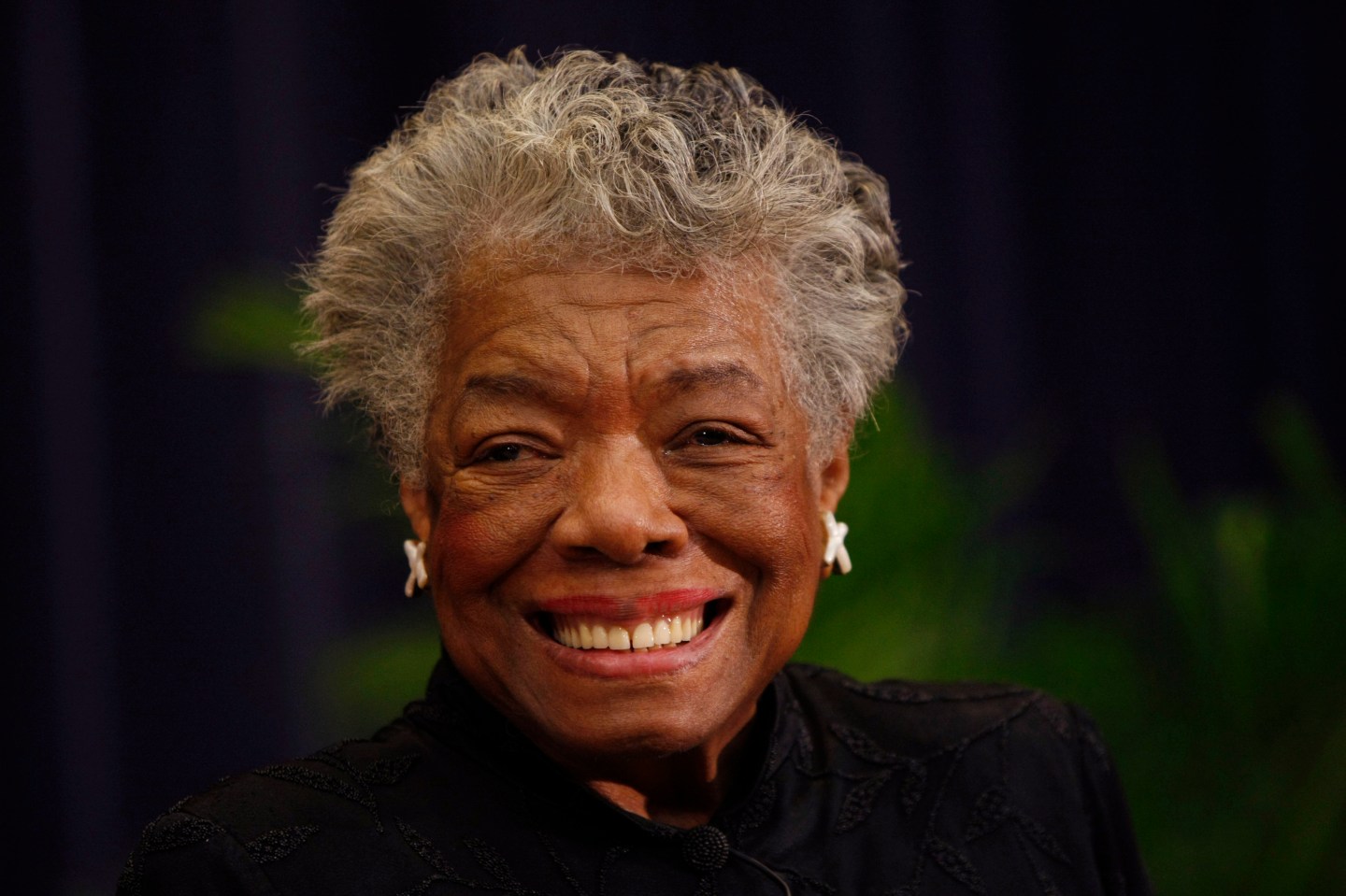 Famed poet laureate Maya Angelou will try to unite the world with help from the iPhone.

Apple on Thursday published a new ad as part of its “Shot on iPhone” campaign, which will air during the opening ceremonies on Friday at the Rio Olympics. The new TV spot, called “Human Family,” runs a minute long and shows images and video recorded by many different people as Angelou, who died in 2014 at the age of 86, recites her “Human Family” poem. The ad, which is currently online at Apple.com and YouTube, will air on television during the opening ceremonies.

“I note the obvious differences in the human family,” Angelou says over images and photos of people around the world. “Some of us are serious, some thrive on comedy. I’ve sailed upon the seven seas and stopped in every land, I’ve seen the wonders of the world not yet one common man. I know ten thousand women called Jane and Mary Jane, I’ve not seen any two who really were the same.”

The ad comes at a time when the U.S. and other parts of the world are in great strife. Apple sometimes dabbles in international and domestic issues. The tech giant, for instance, has long been a champion for human rights, privacy, and environmental-friendliness. At its Worldwide Developers Conference in June, Apple held a brief moment of silence before the show started in response to “senseless” acts of violence by a gunman who opened fire and killed dozens of people in an Orlando nightclub.

Apple CEO Tim Cook, meanwhile, has been a vocal advocate for the LGBTQ community, and has pushed his way into politics after hosting a fundraiser for House Speaker Paul Ryan. He plans to hold another fundraiser for Democratic Presidential nominee Hillary Clinton this month.

Along with being one of the most prominent poets in the country, Angelou was also a well-respected civil rights activist and her”Human Family” poem, which was published in the 1990s, has now been brought back to light following the recent tragedies across the world for its seeming applicability to current events.

The iPhone ad concludes by projecting hope that people will see similarities and shared goodness rather than differences.