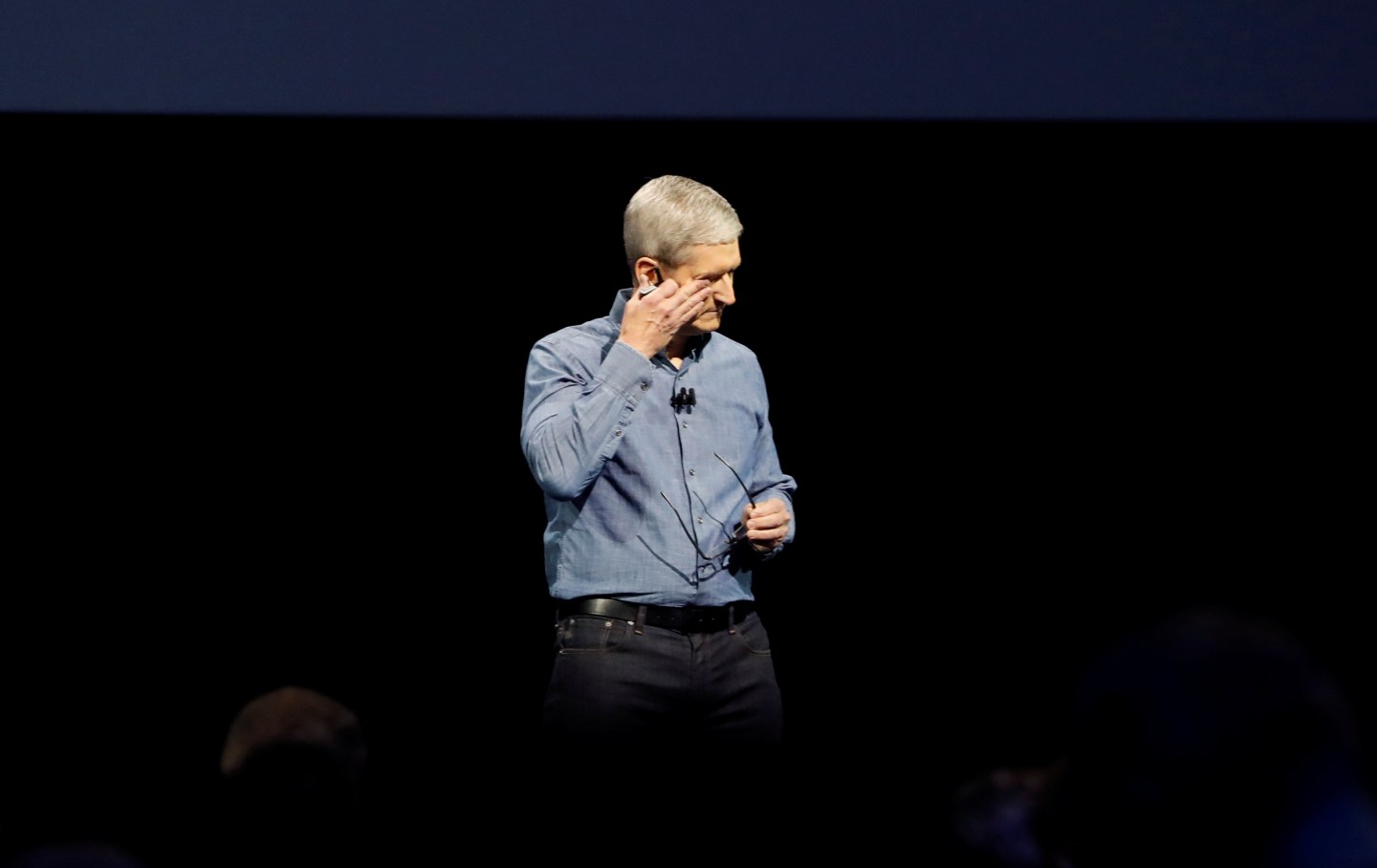 Apple Inc. CEO Tim Cook wipes his eyes after leading a moment of silence for the victims of the attack in Orlando as he opens the company's World Wide Developers Conference in San Francisco, California June 13, 2016. REUTERS/Stephen Lam - RTX2G0KY
Stephen Lam — Reuters

Apple CEO Tim Cook started the company’s Worldwide Developers Conference (WWDC) by remembering the victims of this weekend’s horrific shootings at a club in Orlando.

Speaking at the event, Cook called the attacks an “unconscionable act of terrorism and hate,” adding that Apple (AAPL) extended its “deepest sympathies” to those affected by the “senseless” attack. He then asked all the attendees to stand for a moment of silence.

Cook’s comments follow a deadly attack in an Orlando bar that left 50 people dead, including the attacker, Omar Mateen, who was killed by police. The attack, which occurred at nightclub on Saturday, was the biggest terror attack on U.S. soil since September 11th, 2001.

Cook’s comments, delivered at the Bill Graham Civic Auditorium in San Francisco where rainbow flags for Pride month were being flown outside, speak to the position Apple is in. The company is one of the biggest in the world and arguably one of the most iconic. It also holds significant sway among people, and delivers products to people around the globe. Cook is also still the only openly gay CEO in the Fortune 500.

Acknowledging that the attack was an act of terror, therefore, is notable, and echoes Cook’s own tweet over the weekend issuing condolences to the victims.

Other technology executives have also spoken out about Mateen’s attacks since Saturday. On Monday during his own company’s keynote at E3, Microsoft (MSFT) CEO Satya Nadella also acknowledged and condemned the attack.

Once Cook’s moment of silence was over, he launched into the start of the WWDC opening keynote, an annual event during which Apple reveals software improvements and new versions of its operating systems. Apple is expected to talk about iOS, OS X, watchOS, and tvOS at the event. The keynote will be followed by a week-long event, allowing developers to sit through workshops and tutorials to improve their apps and deliver new programs on Apple’s operating systems.