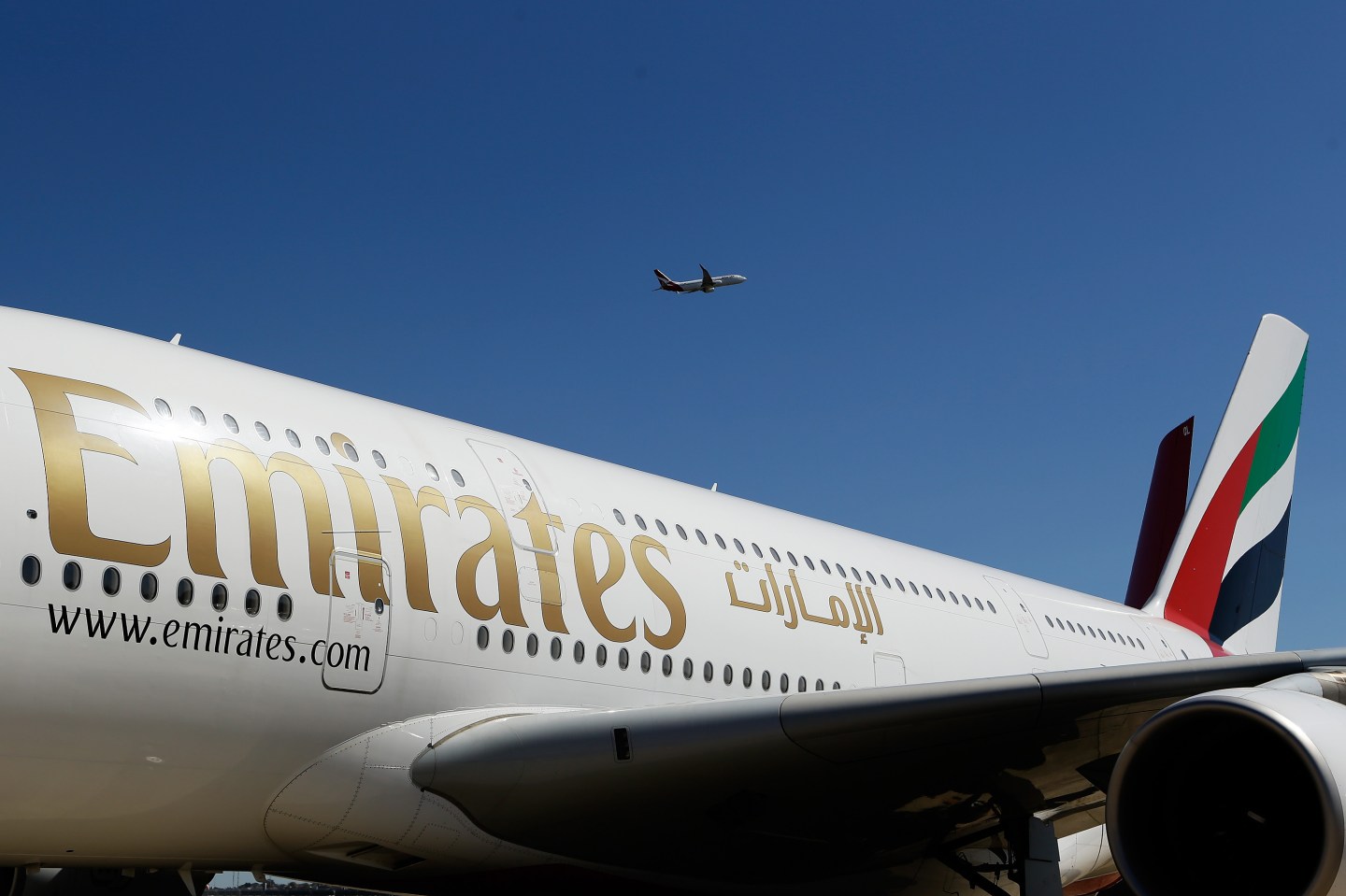 An Emirates Airline flight from India caught fire after making an emergency landing at Dubai International Airport on Wednesday, but all 300 passengers and crew escaped from the burning fuselage, authorities said.

Video purportedly showed a tower of flame bursting from the front of the aircraft, and then a thick black plume of smoke rising into the sky. Reuters was unable to verify the footage independently.

Photographs posted on social media showed a plane lying crumpled on its belly on the tarmac with black smoke pouring from its upper section.

A spokesperson for operator Dubai Airports said all passengers and crew aboard flight EK521 coming from Thiruvananthapuram had been evacuated and emergency services were managing the situation.

A man waiting for relatives who were on the flight said he had spoken to them by phone. “They said they’re safe and alright, but that they felt a great panic as the plane was on fire. I’ll be comfortable when I see they are safe.”

Another man said his family had also told him they were OK and there had been a problem with the landing gear.

Operator Dubai Airports said all arrivals and departures at Dubai International had been suspended until further notice and an update on the status of operations at the airport would be issued at 5 p.m. (1300 GMT).

The live arrivals page on Dubai Airports’ website showed that no flights had arrived or landed at any of the airport’s three terminals since about the time of the incident at 0845 GMT.

According to air traffic control recordings cited by Aviation Herald, a respected independent website specialising in information on air accidents, controllers at Dubai had reminded the crew of the Boeing 777 to lower the landing gear as it came into approach.

Shortly afterwards, the crew announced they were aborting the landing to “go around,” a routine procedure for which pilots are well trained, but the aircraft came to rest near the end of the runway instead, Aviation Herald reported.

There was no immediate confirmation on whether the landing gear was extended when the aircraft touched the ground.

Emirates Airline initially said there had been a total of 275 passengers and crew aboard the plane, a Boeing 777-300 delivered to the airline in 2003, but later updated that number to 282 passengers and 18 crew.

Planemaker Boeing said in a statement it was monitoring the situation in Dubai and it would be working with Emirates to gather more information.