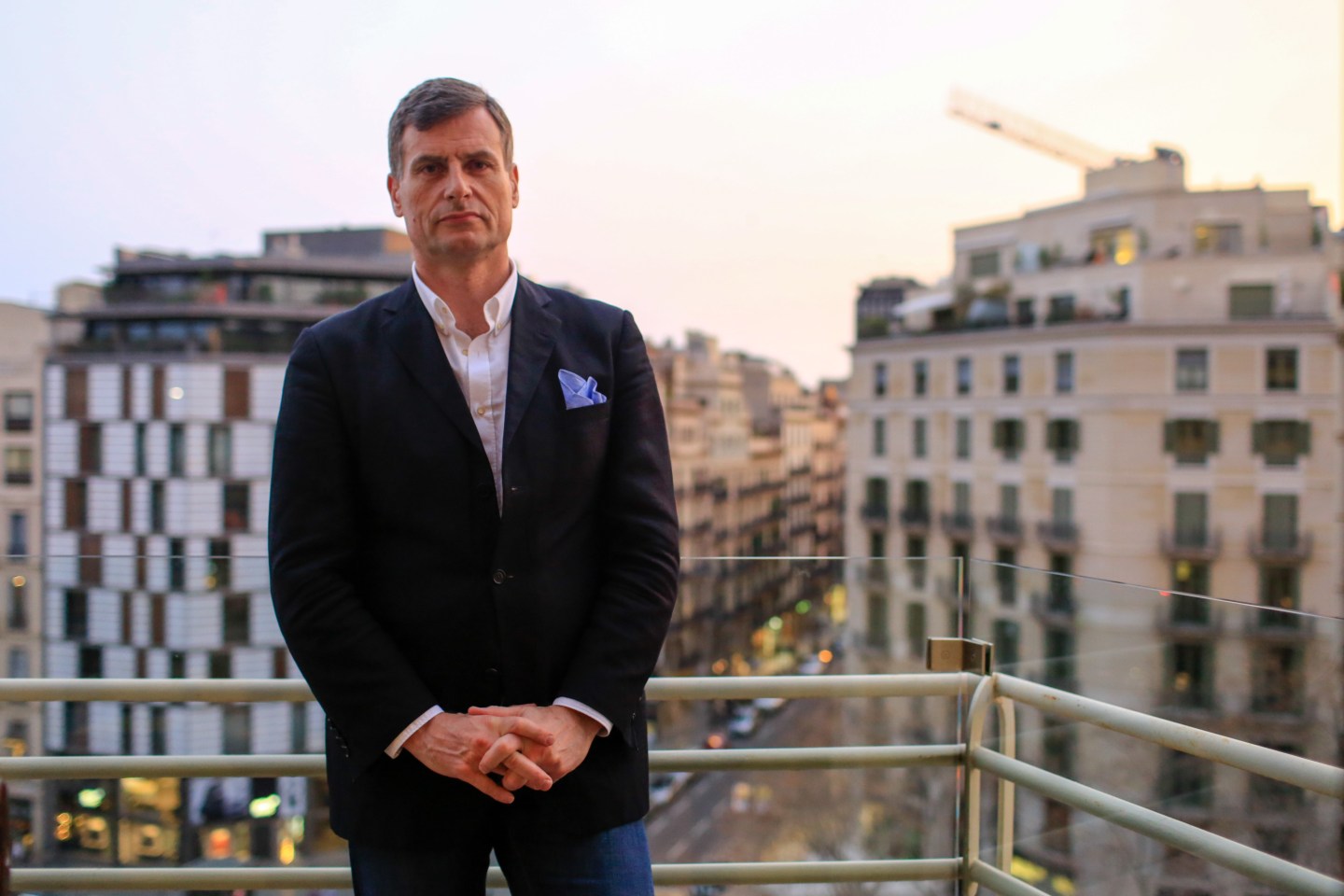 On Tuesday, Verizon (VZ) announced it had recruited Ronan Dunne, the former CEO of British wireless carrier O2, as executive vice president and group president of its wireless unit. Dunne resigned from O2 last month after its planned sale to CK Hutchison was blocked by antitrust regulators.

With his avid use of Twitter, desire to read every customer email, and demonstrated brand building expertise, Dunne looks like a smart pick in an industry populated with the likes of T-Mobile (TMUS) CEO John Legere and Sprint (S) CEO Marcelo Claure.

While Verizon’s wireless business isn’t exactly suffering, growth is slowing. Wireless revenue has dropped 3% in the first half of the year to $43.7 billion, though operating income is up 3% to $15.9 billion.

The Verizon brand could certainly use an injection of cool after coming under fire from Legere, who regularly refers to Verizon and AT&T as “dumb and dumber,” and Claure, who just hired Verizon’s old “can you hear me now” pitchman Paul Marcarelli for a series of Sprint commercials.

Sounding much like Legere, Dunne told the Irish Times earlier this year that keeping up on Twitter was essential for understanding his customers. “To me social media is the digital equivalent of walking the shop floor,” he told the newspaper. “I get to engage with customers.” And a loyalty rewards program he launched in 2011, Priority Moments, gave customers instant special offers on their smartphones based on their location – a simple promotion similar in some ways to Legere’s T-Mobile Tuesdays rewards program.

A Verizon spokesman said Dunne was not available for comment on Tuesday.

A former avid rugby player, Dunne ran O2, the second-biggest mobile carrier in the United Kingdom, for the past eight years. Trained as a chartered accountant, he had been chief financial officer at O2 for three years, including during its sale to Spanish telecom giant Telefonica SA, before being named CEO in December 2007.

The carrier steadily increased its market share under Dunne, thanks in part to an exclusive on the iPhone. But he was deeply embarrassed by a 19-hour network outage in 2012 that even led to calls for his ouster.

Last year, Telefonica agreed to sell O2 for $14 billion to CK Hutchison, which owned smaller British mobile carrier Three. Competition regulators blocked the deal in May, arguing it would hurt consumers and lead to higher prices.

The Dunne hire led to some follow on moves at Verizon, as well. David Small, who was head of wireless operations, will shift to oversee Verizon’s wired network operations, particularly fiber optic connections being acquired from XO Communications. Bob Mudge, who had been head of that unit, was appointed to lead the integration of XO assets and the new effort to wire Boston for Verizon’s FiOS service.