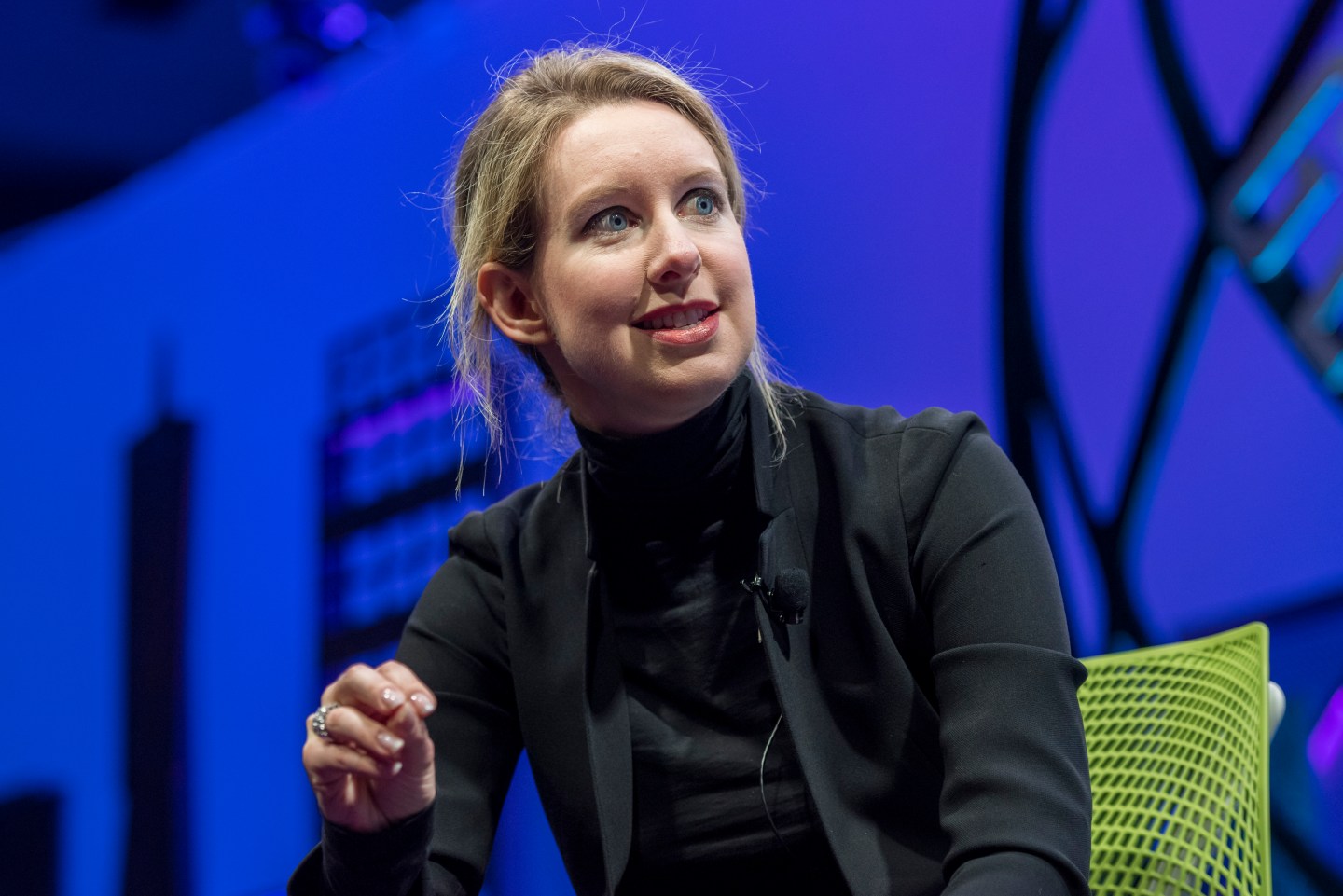 Billionaire Elizabeth Holmes, founder and chief executive officer of Theranos Inc., speaks during the 2015 Fortune Global Forum in San Francisco, California, U.S., on Monday, Nov. 2, 2015. The forum gathers Global 500 CEO's and innovators, builders, and technologists from some of the most dynamic, emerging companies all over the world to facilitate relationship building at the highest levels. Photographer: David Paul Morris/Bloomberg
Bloomberg Bloomberg via Getty Images

Elizabeth Holmes, CEO of embattled blood testing company Theranos, has stepped down as one of the Obama Administration’s Presidential Ambassadors for Global Entrepreneurship, according to Theranos.

Her name and photo were quietly removed from the website for program, which is overseen by the Commerce Department and involves high-profile executives highlighting American business know-how. As part of their honorary role, participants “harness their energy, ideas, and experience to help develop the next generation of entrepreneurs, both at home and abroad,” according to the program’s website.

After Holmes’ appointment as global ambassador last year, federal prosecutors opened a criminal investigation into whether she and her company mislead investors while the SEC is looking into related civil matters. Last month, the Centers for Medicare and Medicaid Services, revoked Theranos’ approval to operate a blood testing lab and banned Holmes from running a testing lab for at least two years.

Within the past few days, Holmes’ name disappeared from the list of ambassadors, who also include fashion designer Tory Burch, former AOL CEO Steve Case, and Airbnb CEO Brian Chesky. In a statement to Fortune, a spokesperson for Theranos said that her resignation was voluntary.

“Elizabeth Holmes is proud to have the opportunity to serve on PAGE, contributing to the development of the next generation of female entrepreneurs,” the company said. “She is stepping down from the program to spend all her time focused on one thing, and that is Theranos and its needs, especially as the company focuses on sharing its technologies with the scientific community.”

Holmes, a Stanford dropout, founded Theranos in 2003 to provide a faster and simpler way to test people’s blood without having to draw multiple vials of blood. The company became a Silicon Valley darling with a $9 billion valuation and deals with Walgreens’ and hospital groups to use Theranos’ technology.

But last year, a Wall Street Journal article reported that Theranos failed to use its technology for most of its blood tests and questioned the accuracy of the company’s technology. It set off alarm bells that eventually led the Centers for Medicare and Medicaid Services to take the extraordinary steps against Holmes and Theranos, which ultimately withdrew two years of patient blood tests results because they were unreliable.

On Monday, Holmes outlined a number of ways she is trying to turnaround the company, including increased transparency as well as a new robot that can process blood samples faster.

For more on Theranos, watch:

Media reports about Theranos’ troubles frequently mentioned her continued role as a entrepreneurship ambassador, casting a cloud over her appointment and the program itself. Until recently, Holmes listed her presidential ambassador role in her bio on Theranos’ site. It has since been removed.

Ambassadors in the program are encouraged to participate in public events for entrepreneurs and even launch their own initiatives to “inspire” other entrepreneurs, the Commerce Department says on its website. Holmes worked on initiatives for empowering women in science, technology, mathematics and business and “breakthroughs in global health,” the program’s website said.

“I think the opportunity to try to connect with women and young girls in developing economies about, what only because of this country I could do as a young girl, which is start a business and drop out of school and try to make a difference in the world,” she said in a video describing her role. “I’ve always thought about it as the four minute mile, where if one person does it others will too.”

Although Holmes’ name is no longer listed among the ambassadors, she has not been entirely erased from the program’s website. She still appears in a group photo of fellow global ambassadors taken in the Oval Office with President Obama.

Correction: Aug. 5, 2016: This post has been updated to reflect that Holmes did not technically “promise” to address Theranos’ old technologies specifically, although that’s what many attendees originally expected after the AACC announced her presentation in April. “For the first time, Holmes will present data at a scientific conference that describes Theranos’ technologies, including small sample volume testing and finger-stick collection,” the organization wrote at the time