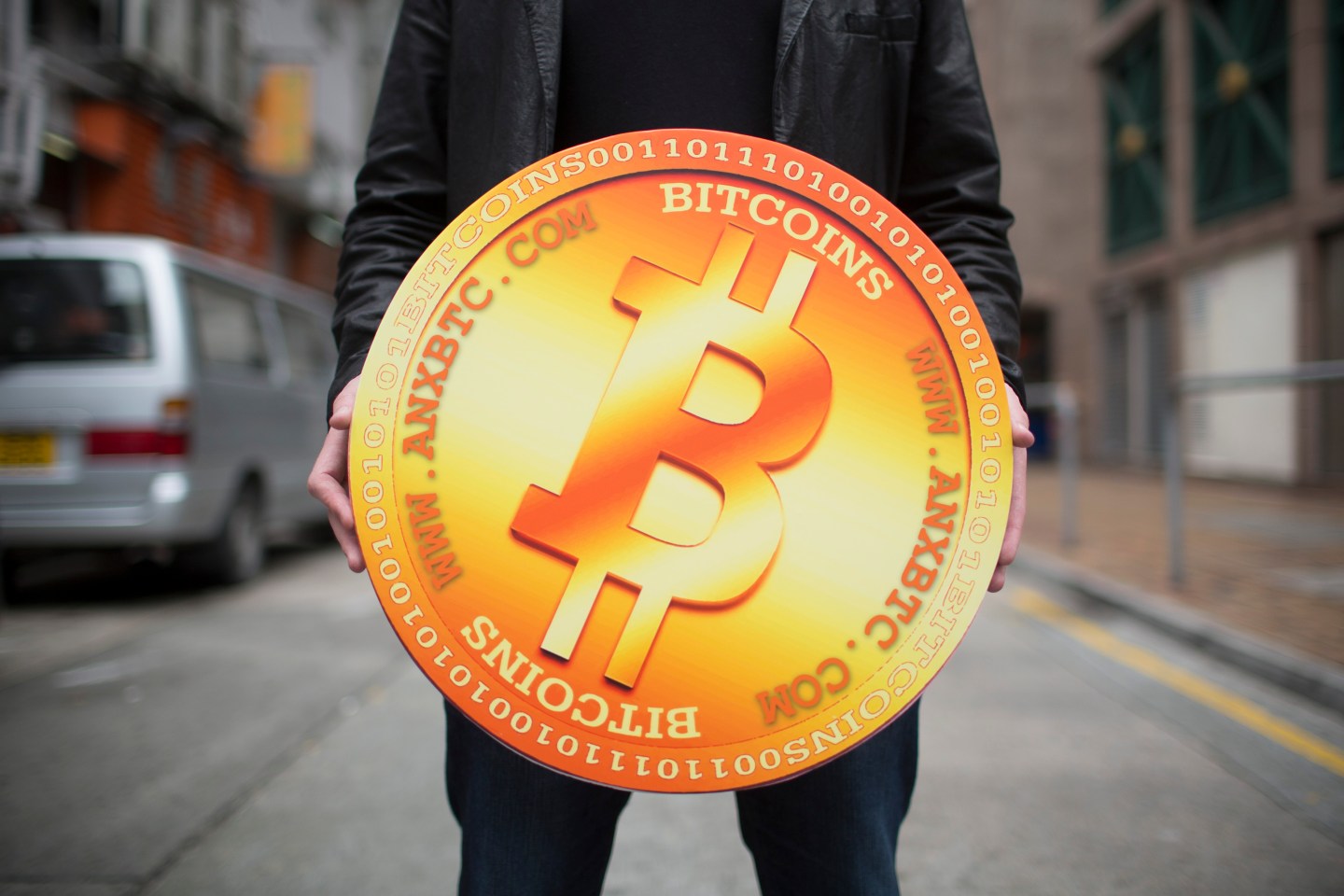 A man poses for a photograph with a mock Bitcoin outside the ANXBTC store, operated by the ANX Bitcoin exchange, in Hong Kong, China, on Friday, Feb. 28, 2014. ANX, a Hong Kong-based platform for trading virtual currencies, opened the first retail store in the city that allows individuals to buy and sell Bitcoins in Hong Kong dollars. Photographer: Brent Lewin/Bloomberg via Getty Images
Brent Lewin/Bloomberg via Getty Images

Hong Kong-based digital currency exchange Bitfinex said late on Tuesday it has suspended trading on its exchange after it discovered a security breach, according to a company statement on its website.

Bitfinex is one of the largest exchanges for trading digital currencies bitcoin, ether, and litecoin. It has offices in Europe and the United States and is known in the digital currency community for having a platform that has deep liquidity in the U.S. dollar/bitcoin currency pair.

The company said it has also suspended deposits and withdrawals of digital currencies from the exchange.

“We are investigating the breach to determine what happened, but we know that some of our users have had their bitcoins stolen,” the company said.

“We are undertaking a review to determine which users have been affected by the breach. While we conduct this initial investigation and secure our environment, bitfinex.com will be taken down and the maintenance page will be left up.”

The company said it has reported the theft to law enforcement. It said it has not yet determined the value of digital currencies stolen from customer accounts.

Bitfinex also said as it goes through individual customer losses, it may need to settle open margin positions, associated financing, or collateral affected by the security breach.

The attack on Bitfinex was reminiscent of a similar breach at Mt. Gox, a Tokyo-based bitcoin exchange forced to file for bankruptcy in early 2014 after hackers stole an estimated $650 million worth of customer bitcoins.