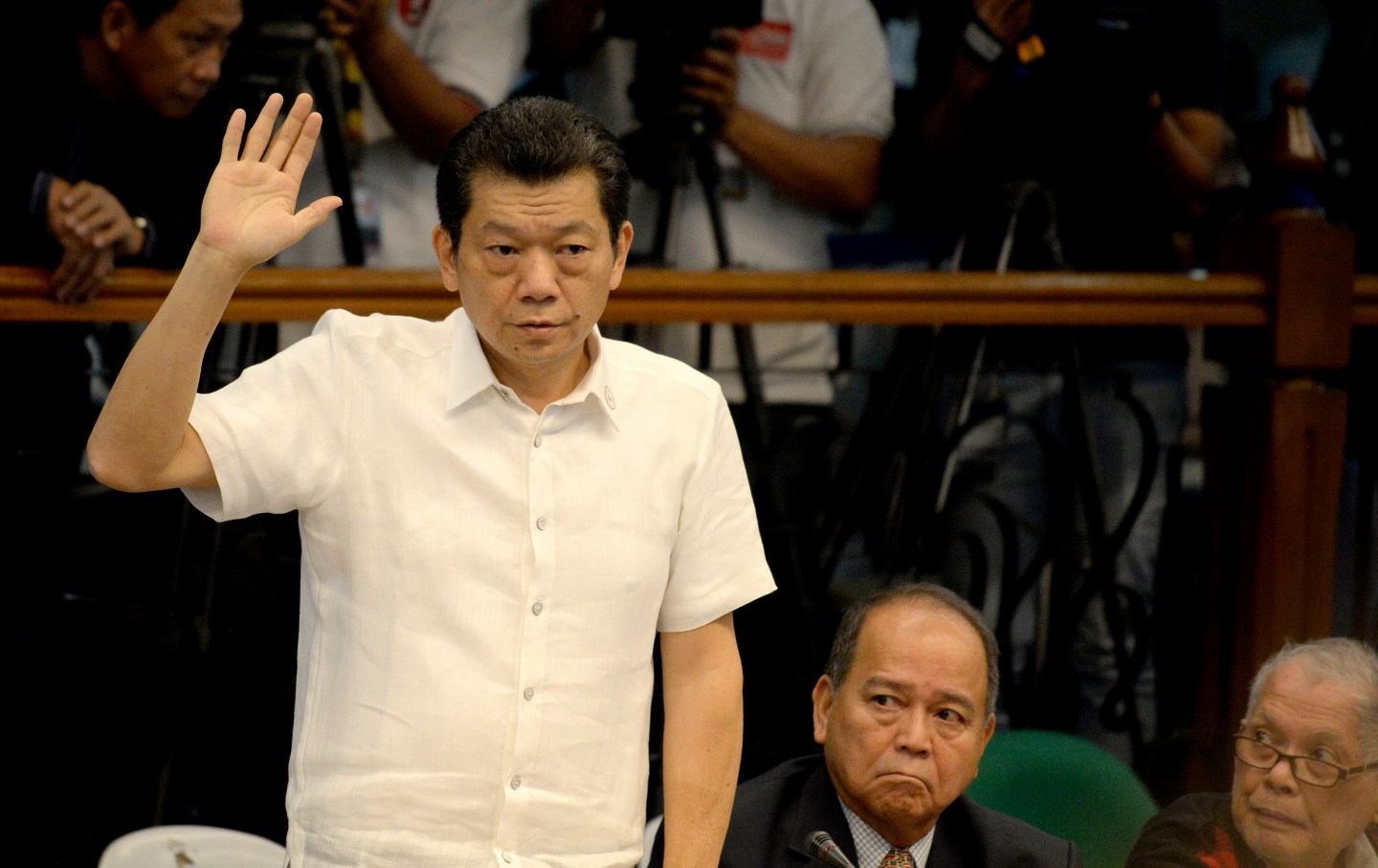 Officials from the Bangladesh central bank are visiting Manila this week to pressure the authorities in the Philippines to find ways to return the $63 million that is still missing out of the funds stolen from its account at the Federal Reserve Bank of New York earlier this year, two people close to Bangladesh Bank said.

Unknown cyber criminals tried to steal nearly $1 billion from the Bangladesh Bank account between Feb. 4 and Feb. 5, and succeeded in transferring $81 million to four accounts at Rizal Commercial Banking Corp (RCBC) in Manila. Only about $18 million has been recovered.

The Bangladeshi officials are alleging that the money was allowed to disappear into the casino industry in the Philippines, where investigators say it was laundered, because of systemic failures at RCBC, the two sources said.

See also: How Hackers May Have Pulled Off the $81 Million Bangladesh Central Bank Heist

Bangladesh Bank is relying on internal RCBC documents to buttress its assertion that the Filipino bank’s Jupiter Street branch in Manila ignored suspicions raised by some RCBC officials when the money was first remitted to the accounts on Feb. 5, and then delayed acting on requests from RCBC’s head office to freeze the funds on Feb. 9, said one of the sources in Dhaka.

RCBC did not respond to requests for comment, but its then president Lorenzo Tan told a Senate hearing in March that the incident was “some judgment error from the people on the ground.”

“I think what happened here is we had the IT controls, the human controls. But unfortunately, it failed in the end, in the execution,” said Tan, who subsequently resigned. “Yes, we are sorry this happened, but you know, it is human error, human judgment or intentional.”

The Bangladeshi delegation consists of Debaprosad Debnath and Abdul Rab from Bangladesh Bank’s financial intelligence unit, Bangladesh Bank lawyer Ajmalul Hossain, and Bangladesh’s ambassador to the Philippines, John Gomes. They plan to meet with officials from the anti-money-laundering council in Manila, the Philippines’ department of justice, the central bank of the Philippines and from RCBC over the next four days, said the sources.

Bangladesh Bank spokesman Subhankar Saha declined to say if the bank had plans to sue RCBC, but added it was trying to recover the money with the help of the Philippines’ central bank.

RCBC has previously blamed its own employees for the ease with which the money left the bank, including the manager of the branch in question. But the Dhaka source said the Bangladesh Bank believes the failures extend beyond individual officers and that RCBC allowed itself to be used as a conduit for the illegal transfer of stolen money.

Bangladesh Bank claims the documents show that RCBC should be accountable for the losses. The documents, which have been reviewed by Reuters, include emails between RCBC managers at the time of the heist in February as well as memos and emails to various RCBC officials during a subsequent internal investigation.

They show that RCBC had frozen the accounts concerned at its Jupiter Street branch in Manila for about an hour on Friday Feb. 5 because of questions from some bank officials about where the money had come from, where it was going, and whether the transfers were legitimate.

See also: Theranos’ Highly-Anticipated Defense of Its Tech Is Called a ‘Bait-and-Switch’

At 6.27 pm on that day, a temporary hold was placed on the accounts at the branch, pending further investigation into the “validity of the remittances and nature of the funds,” according to one memo that was sent on March 21 by the head of RCBC’s human resources group, Rowena F. Subido, to Ismael S. Reyes, its national sales director for retail banking.

Some officials at RCBC’s headquarters, also in Manila, had questioned the transfers after about $22.7 million of the money was withdrawn from one of the accounts in cash at 3.16 pm that day only to be then deposited to another account that was opened at around 3 pm that day at the same branch, according to the notice sent to Reyes.

See also: What Didi Chuxing’s Allies Had to Say About Its Merger With Uber China

However, the hold on the accounts was shortlived. By around 7.30 pm it was lifted after then Jupiter Branch Business Manager Maia Deguito’s “representation to her superiors” that the transactions were legitimate, according to another memo sent to Reyes. Deguito was fired by the bank earlier this year and is under investigation by the Philippines’ anti-money laundering council.

Ferdinand Topacio, lawyer for Deguito, said that RCBC could not escape blame by singling out employees for mistakes.

“If she had any fault, she was negligent and she was naive,” Topacio said. He said RCBC did not act urgently on the stop payment requests from the Bangladesh central bank.

The documents show that when the bank reopened on Tuesday, Feb. 9 after the Chinese New Year holiday, RCBC’s settlements department received messages as early as 9.15 am from Bangladesh Bank, alerting it about the fraud. It sent four emails, between 10.59 am and 11.30 am, to its Jupiter Street branch, asking it to recall or freeze the remaining funds, the documents show. The reasons for the delay in sending those emails could not be ascertained.

The branch processed withdrawals, totalling $58.15 million, between 10.24 am and 11.35 am, the documents show. According to former Senator Sergio Osmena, who led a Philippines’ Senate probe into the events, only $15.2 million of this was withdrawn before 11.19 a.m.

“RCBC did not perform its role properly,” Bangladesh Bank’s Saha said. “RCBC is similarly liable as those parties who took money in their accounts.”