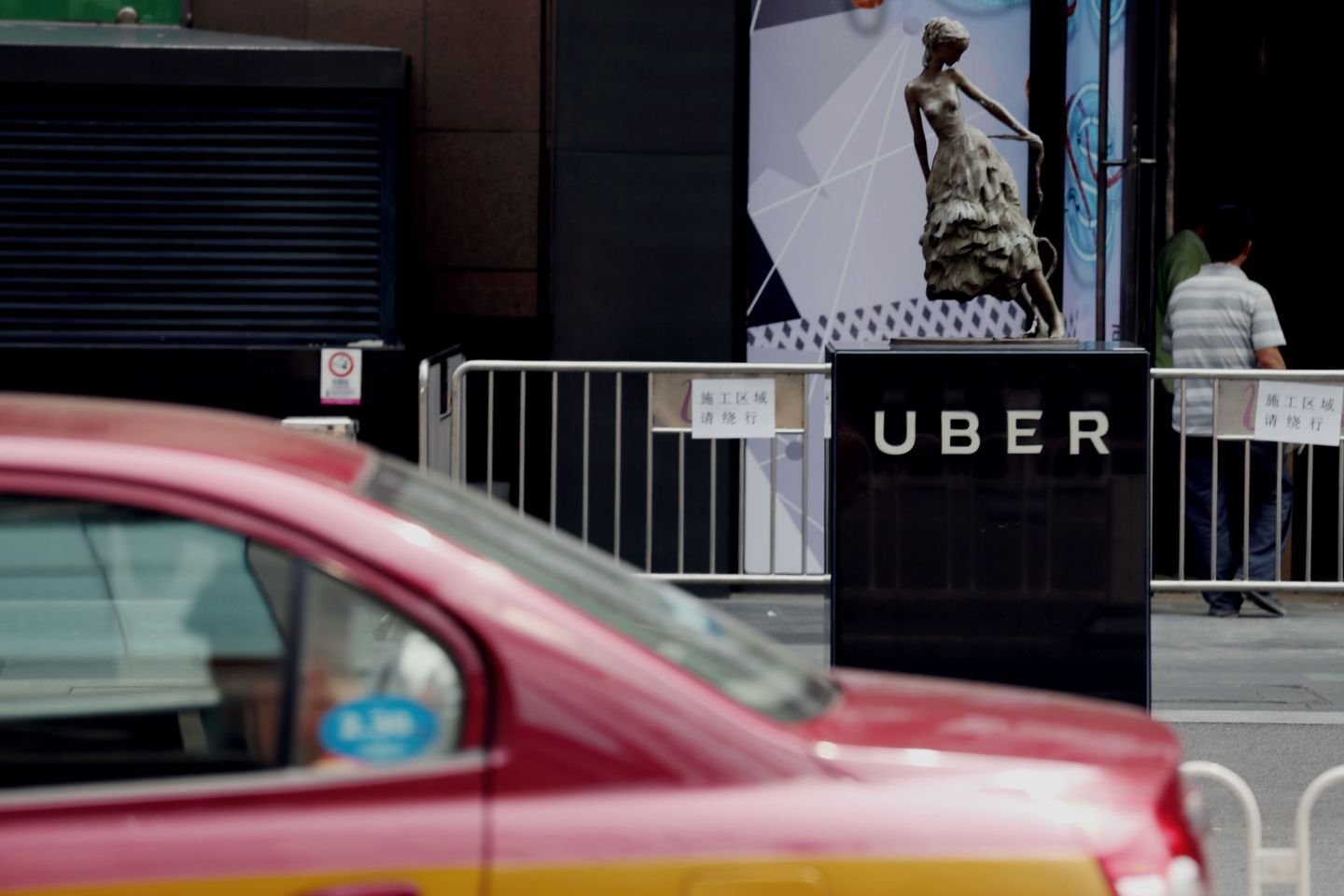 A taxi passes by an Uber station outside a shopping mall in Beijing on August 1, 2016. Ride-sharing giant Uber is to merge its China operations with local rival Didi Chuxing, reports said on August 1, ending a ferocious battle for market share in the world's second-largest economy. / AFP / STR (Photo credit should read STR/AFP/Getty Images)
AFP/Getty Images

Uber’s China business is merging with local rival Didi Chuxing to create a mega ride-hailing giant and put an end to Uber’s painful financial losses in the market. But what about Didi’s original allies—Lyft, Grab, and Ola—with which it formed an anti-Uber alliance, so to speak, last fall so that their customers can use each other’s services?

Well, that’s largely unclear for now, although they likely have questions about Uber and Didi’s new close relationship. As part of the merger announced on Monday, Uber China’s investors not only get 20% in the new combined company, but Uber co-founder and CEO Travis Kalanick will join Didi’s board while Didi founder and CEO Cheng Wei will join Uber’s.

The awkwardness of this arrangement for Didi’s partners is palpable.

For now, Lyft seems to be digesting. “We always believed Didi had a big advantage in China because of the regulatory environment. The recent policy changes are exactly why we did not invest in the region,” said Lyft in a statement to Fortune, referring to the country’s recent legalization of ride-hailing. “Over the next few weeks, we will evaluate our partnership with Didi,” the company added.

The planned integration of Didi’s and Lyft’s apps is only halfway complete. The plan is for Lyft customers to be able to hail Didi rides while in China, and vice versa.

Today, Didi’s customers can open Didi’s app to hail a Lyft ride when traveling in the U.S., get their ride notifications translated and seek customer support in Chinese. There was no mention on Monday of plans to shut down this service.

Moreover, Didi still has a $100 million stake in Lyft, which makes ending their partnership that much more difficult.

Most likely, Lyft will carefully limit the amount of information that Didi shares with Uber’s Kalanick. This would be important considering the planned consolidation of Uber China and Didi including combining their workers. The two apps will continue to run separately while their behind-the-scenes technology is integrated, according to an Uber spokesman.

Uber and Didi may not be competitors anymore, but Lyft and Uber still do. And that’s also the case for Grab in Southeast Asia and Ola in India.

What’s more, India is the other mega-market Uber has set its sights on. Last summer, Uber pledged to invest at least $1 billion into its India operations to compete with local rival Ola, which had just raised $400 million and was on the verge of adding another $500 million to its coffers. Since then, Uber has grown from 22 Indian cities to 27 today, according to its blog. Ola, on the other hand, was already operating in 102 cities last year.

With Uber’s management no longer obsessing about China, or at least not the same degree as before, it can now double down on India. An Ola spokeswoman declined to comment.

As for Grab, the company doesn’t seem all too worried about Monday’s merger news. “Didi’s success over Uber in China strengthens our conviction that rideshare is a local business, and local champions will emerge as winners,” Grab co-founder and CEO Anthony Tan said in a statement. “Our internationalization strategy remains same as before, to bring roaming availability to our users wherever they travel to,” he added. As of earlier this summer, both Grab and Lyft customers can use their apps when traveling to the U.S. or Southeast Asia.

And all that’s not to mention the intricate web of investors all these ride-hailing companies share.