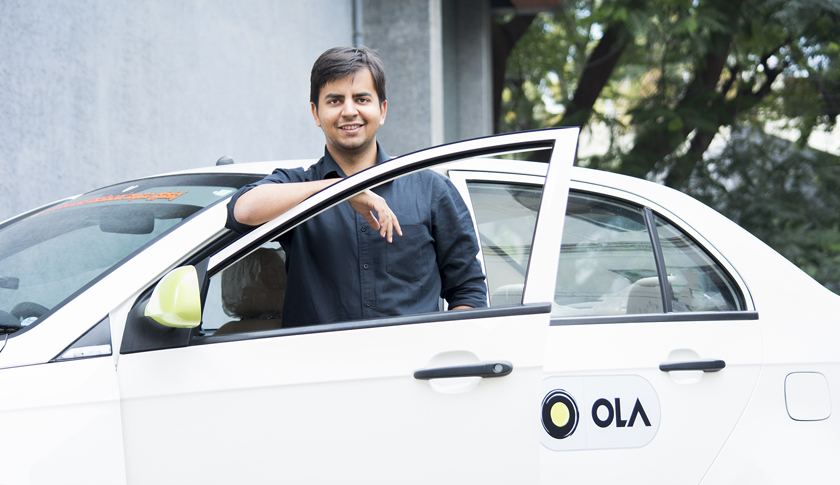 Ola, ride-hailing company Uber’s biggest rival in India, has closed a fresh $500 million round to fuel its aggressive expansion, the company said on Wednesday.

Though it hasn’t publicly disclosed its new valuation, media reports have pegged it at $5 billion, allowing Ola to climb even higher on Fortune‘s Unicorn List of billion-dollar startups. Baillie Gifford, Falcon Edge, Tiger Global, SoftBank Group, DST Global, and Chinese ride-hailing company Didi Kuaidi provided the new funds. News of the round leaked in September when reports surfaced that the company had raised $226 million, with the possibility of raising more funding.

The news comes on the heels of a report that Lyft, the second biggest ride-hailing company in the U.S. is in the midst of also raising $500 million in new funding, at a valuation of $4 billion. In July, Uber pledged to invest $1 billion in its Indian operations, and in August it raised $100 million from Tata Opportunity Fund.

Ola says it has grown thirtyfold over the past year, with its drivers now receiving more than 1 million ride requests per day. The service currently operates in 102 cities across India and says 78% of cab users there have its apps on their smartphones. Uber, on the other hand, is in only 22 Indian cities as of a month ago.

Though Ola and other local ride-hailing companies like GrabTaxi in Southeast Asia, Didi Kuaidi in China, and Lyft in the U.S. are individually smaller than Uber, an alliance among some of them has emerged. Not only do they share some investors—Didi Kuaidi itself has interests in some of them—but some have also begun to form partnerships that will let their customers seamlessly hail rides through the other services when they travel. For example, an American Lyft customer will be able to request a ride through Didi Kuaidi during a trip to China and vice versa.

This latest round of funding brings Ola’s total to $1.3 billion. In April of this year, it closed a $400 million round.