Why the U.S. Constitution Is Suddenly an Amazon Best Seller 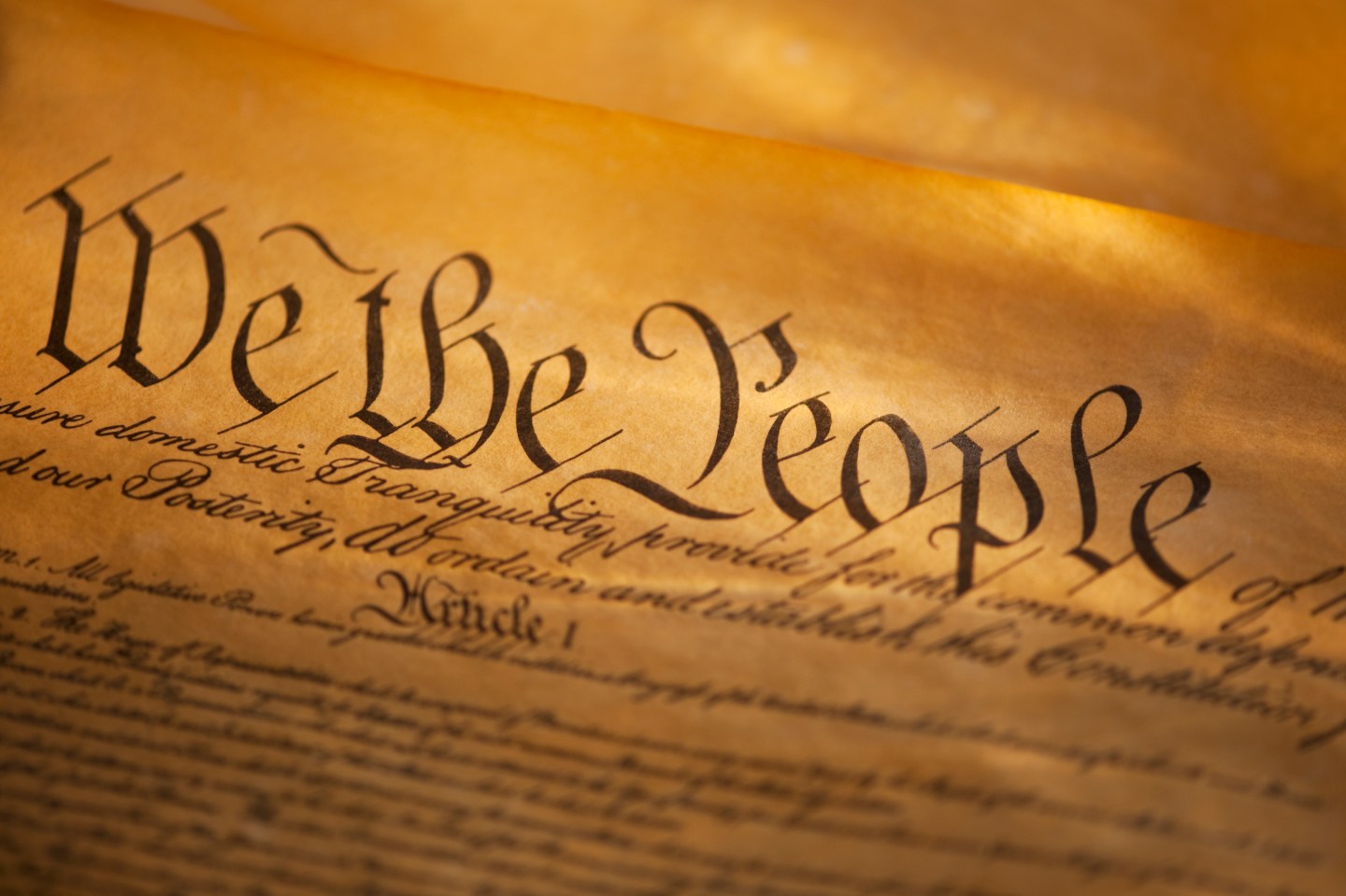 It may have been written three centuries ago but the U.S. Constitution is suddenly back in vogue.

According to Amazon’s list of best-selling books, a pocket version of the document is the currently the second most popular text on the site, as of Monday afternoon. The only reading material more popular is J.K. Rowling’s Harry Potter and the Cursed Child, which was released on Sunday.

The Chicago Tribune reports that the pamphlet, which costs $1 and is printed by the National Center for Constitutional Studies, entered the list of top sellers on Saturday afternoon as a result of a speech made by Khizr Khan at the Democratic National Convention.

Khan, a Muslim-American lawyer whose son was killed by a suicide bomber in Iraq, held up a version of the document during his Thursday evening address and offered it to Republican nominee Donald Trump: “Have you even read the United States Constitution? I will gladly lend you my copy,” he said.

On Sunday, Trump belittled Khan and his wife Ghazala, telling ABC News’ George Stephanopoulos that the husband delivered the entire DNC speech because his wife was not “allowed” to speak.

Ghazala Khan responded with a powerful Washington Post op-ed, writing that she chose not to speak at the Convention because she was overwhelmed by emotion. “Without saying a thing, all the world, all America, felt my pain,” wrote Khan. “I am a Gold Star mother. Whoever saw me felt me in their heart.”