UK’s May Made Decision to Delay Hinkley Nuclear Project 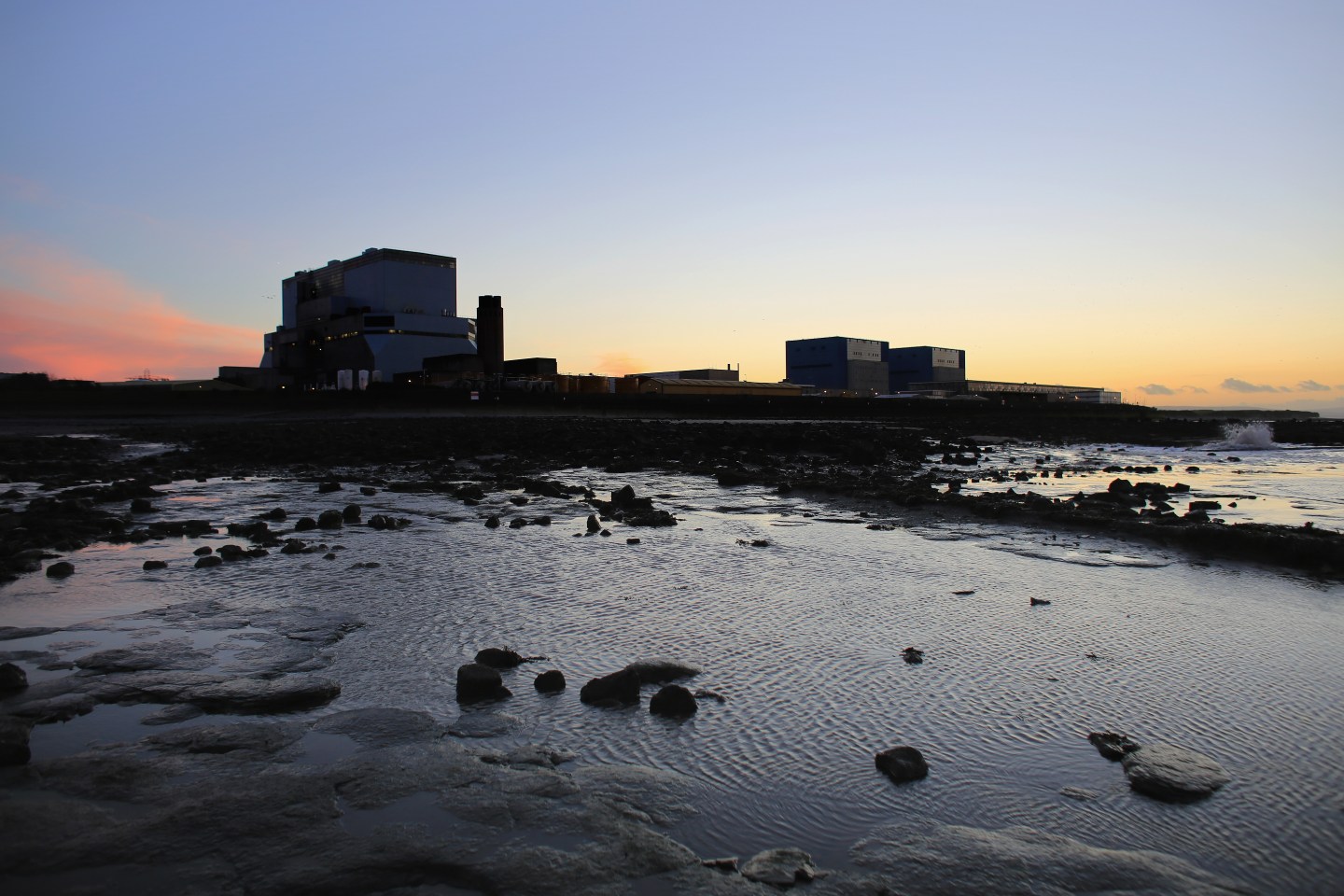 BRIDGWATER, ENGLAND - NOVEMBER 12: The sun sets behind Electricite de France SA's (EDF) (L) Hinkley Point B, and (R) Hinkley Point A nuclear power stations besides the Bristol Channel near Bridgwater on November 12, 2013 in Somerset, England. EDF, who last month announced it was to construct a new plant at Hinkley Point after reaching a deal with the U.K. government, said today that energy bills will rise by 3.9 percent on average. (Photo by Matt Cardy/Getty Images)
Matt Cardy/ Getty Images

The plan by France’s EDF to build two new reactors with financial backing from a Chinese state-owned firm was championed by May’s predecessor David Cameron as a sign of Britain’s openness to foreign investment.

But just hours before a signing ceremony was due to take place on Friday, May’s new government said it would review the project again, raising doubts over Britain’s approach to infrastructure deals, energy supply and foreign investment.

A government source told Reuters May had explained to French President Francois Hollande that she would need time to consider the project when they met at the Elysee nine days ago and in a phone call. “They agreed on the timetable,” the source said.

On Saturday, a former colleague revealed May had objected to Cameron’s approach to courting Chinese investment, and had indicated she was worried about Hinkley Point.

Britain and EDF first reached a broad commercial agreement on the project in 2013, with Chinese involvement sealed two years later when London laid on a state visit for President Xi Jinping, designed to cement a “Golden Era” with Beijing.

“When we were in government Theresa May was quite clear she was unhappy about the rather gung-ho approach to Chinese investment that we had,” Britain’s former business secretary Vince Cable told BBC Radio.

“As I recall, she raised objections to Hinkley at that time. We’ve got a different prime minister with a different set of priorities and projects of this kind are going to be looked at through a different filter.”

The about-turn came little more than a month after Britons voted to leave the EU in a referendum that forced the resignation of Prime Minister Cameron and the promotion of May.

May has since been keen to state that Britain remains open for business. But she has also said the government should be able to step in to defend a key sector from foreign ownership.

What Brexit Means for China

Potential security risks have been cited as a concern about the Hinkley Point project in some quarters.

Under the deal China General Nuclear Power Corp (CGN) was set to hold a 33% stake in the plant. That was then supposed to pave the way for CGN to lead another project in Britain in which Chinese nuclear technology would be used.

Last year, Nick Timothy, May’s joint chief of staff, said security experts were worried the state-owned Chinese group would have access to computer systems that would allow it to shut down Britain’s energy production.

The two new reactors at Hinkley Point, in southwest England, would provide about 7% of Britain’s electricity, helping to fill a supply gap as coal plants are set to close by 2025.

Although EDF and CGN are responsible for the 18-billion-pound ($24 billion) cost, Britain has committed to pay a minimum price for the power generated by the plant for 35 years.

For more on nuclear energy, watch:

Critics, including some British lawmakers and academics, say the country would be overpaying at that minimum price, which equates to double current market levels.

Any attempt to renegotiate the terms could strain ties between London and Paris, at a time when it is starting to renegotiate Britain’s exit from the EU.

The state-controlled utility EDF, which itself had to come through a bruising boardroom battle on Thursday in order to secure backing for the project, said it had not been given any advance warning of the review announced late on Thursday.

Poland Feels the Pain of Its Love Affair With Coal

China General Nuclear said on Saturday it respected the decision of the new British government to take the time needed to familiarise itself with the program.

A decision is now due by the autumn, meaning it could come in September when the government is also due to give the go-ahead to a plan to expand either Heathrow or Gatwick airport, another major infrastructure project that has been delayed.

May’s office did not comment on Saturday, but the government has said it is right that it should consider all component parts before reaching a final decision.