The Less Noticed Battles That May Decide the Presidential Election 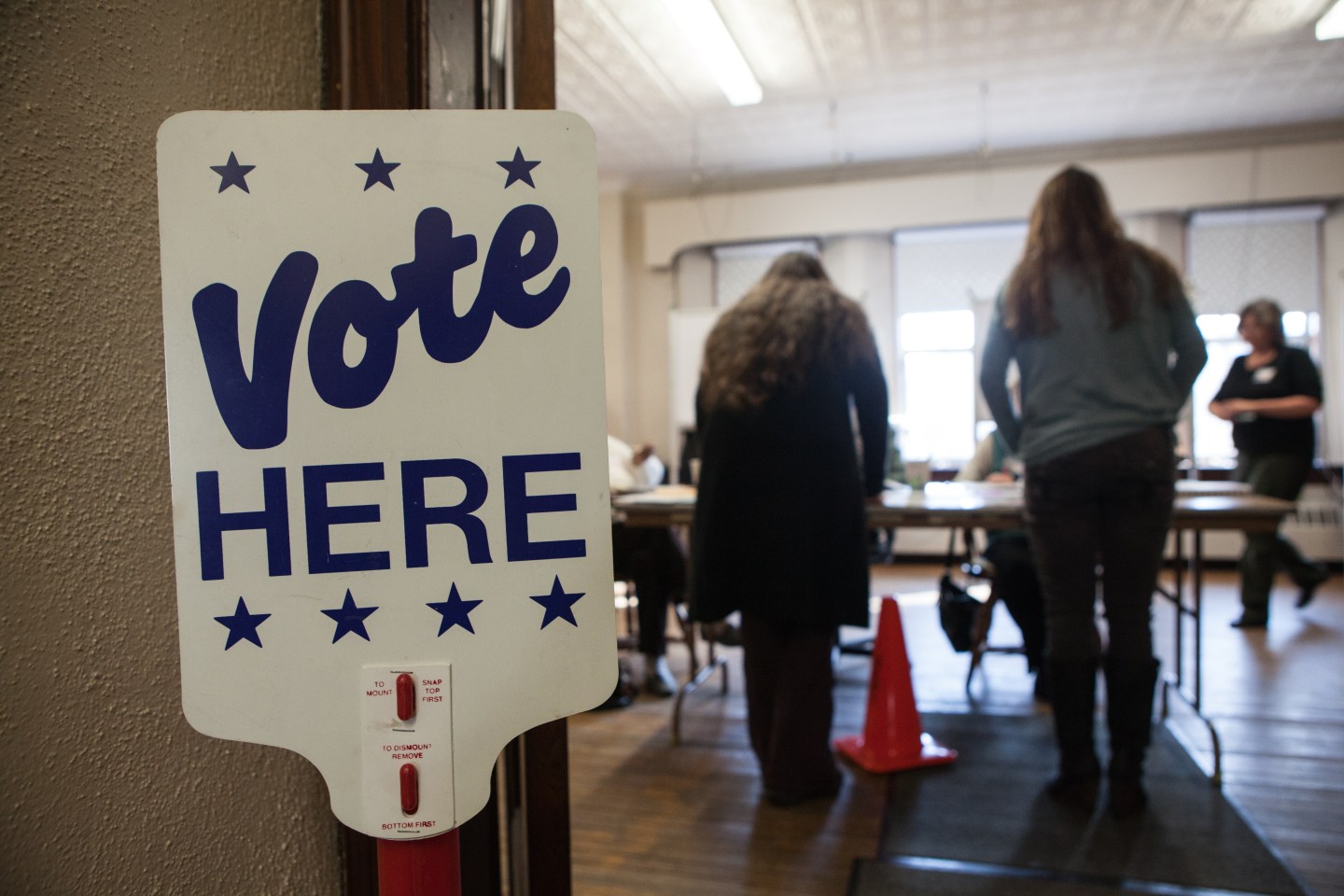 Insults and name-calling are grabbing the bulk of the attention as presidential contenders Hillary Clinton and Donald Trump commence open warfare to win the White House. But less-noticed battles over the right to vote in some states could help determine the outcome of the November election.

During this fall’s presidential election, 17 states will have new voting restrictions in place for the first time. Stricter rules, ostensibly to weed out fraudulent voting, requiring voters to show specific types of identification have proliferated. But many are being challenged in courts and, recently, such efforts to limit access to the ballot box in Texas and Wisconsin have run into setbacks.

A stringent law adopted by the Texas legislature discriminates against minorities, a federal appeals court ruled earlier this month. The 5th U.S. Circuit Court of Appeals ordered a lower-court judge to find a way to ease rule that had limited the required identification to vote to a passport or a state-issued driver’s license or license to carry a concealed handgun.

On the heels of that decision, another federal judge rejected Wisconsin’s strict voter identification requirements. Voters who lack photo identification now will be able to cast a ballot if they sign an affidavit attesting to their identity, according to the ruling on the state’s 2011 law.

The two states are hardly outliers in their campaign to redefine voter eligibility. A confluence of political and judicial decisions have spurred states scattered around the country, but largely in the South, to adopt restrictive measures on grounds that voters in previous elections have misrepresented their eligibility.

“There has been a flood of new laws. It continues to be a real problem,” said Jennifer Clark, an attorney with the Brennan Center for Justice at the New York University School of Law, a non-partisan civil liberties group. The center is participating in the challenge to the Texas voter ID law, arguing that the state’s effort disproportionately affects minorities, who typically have less access to the required identification than others.

The effort to reconfigure ballot access gathered steam after President Obama, in 2008, became the first Democrat to carry North Carolina in more than three decades – as black and younger voters turned out to vote in larger numbers than expected. The state’s Republican lawmakers moved to circumscribe access to the voting booth. The wave of voting restrictions was also spurred by a Supreme Court ruling that same year that upheld Indiana’s requirement for would-be voters to present photo identification.

But, in a surprisingly swift ruling, a federal appeals court in Richmond on Friday struck down a recent lower-court ruling that upheld North Carolina’s voting restrictions, holding that the legislature adopted them with “discriminatory intent” against minorities. The court also reinstated a week of early voting that lawmakers had eliminated.

Three years ago, the Supreme Court paved the way for further state limits when it struck down the part of the Voting Rights Act that required states or counties with histories of racial discrimination – largely in the South – to obtain the approval of the federal government before making any potentially discriminatory voting changes.

In Texas, which has a growing block of Hispanic voters, state lawmakers have insisted that more controls on ballot access were needed to combat voter fraud. However, a federal appeals court brushed aside that argument, noting there were “only two convictions for in-person voter impersonation fraud out of 20 million votes cast in the decade preceding Texas’ adoption of the legislation in 2011.” (The law went into effect in 2013.)

But such restrictions in Texas, according to experts, would deny or frustrate the voting rights of more than 1 million eligible voters, mostly black or Hispanic people, who lack one of the law’s specified forms of identification. While no one can predict exactly how they would vote, these voters are more likely to favor a Democratic contender.

This is yet another chapter in a battle that has been going on for several years. Texas’ new voting rules were struck down in their entirety after they were introduced. But that decision was reversed by a federal appeals court, putting the law back into play.

“State legislatures can pass these laws quickly,” said Clark of the Brennan Center, “but resolving them through the court system can take a long time.”

State legislatures are not the only players in the current push-and-pull over who can enter the voting booth. In Virginia, Gov. Terry McAuliffe enfranchised felons who have served their time – an action that is likely to boost the rolls of Democratic voters. But the state legislature challenged his move as a political maneuver.

Virginia’s highest court reversed the governor’s order, casting the voting rights for some 200,000 former felons into doubt. The court said McAuliffe did not have the authority to make a blanket restoration of voting rights, but the governor said he would restore rights individually for all those eligible. That slower process will make it harder for each former felon to register in time for the upcoming election.

A similar effort in Iowa to change its voting ban on felons was also rejected recently by that state’s Supreme Court, but such efforts have found more success in a few other states. In Maryland, for example, the legislature earlier this year overrode Gov. Larry Hogan’s veto and automatically restored the right to vote to a felon after release from prison.

The action, which affected an estimated 40,000 residents, will not influence the process as much as Virginia, where the affected population is larger. Virginia is also considered an important swing state, where an electoral win could help tip the balance in the November presidential race.