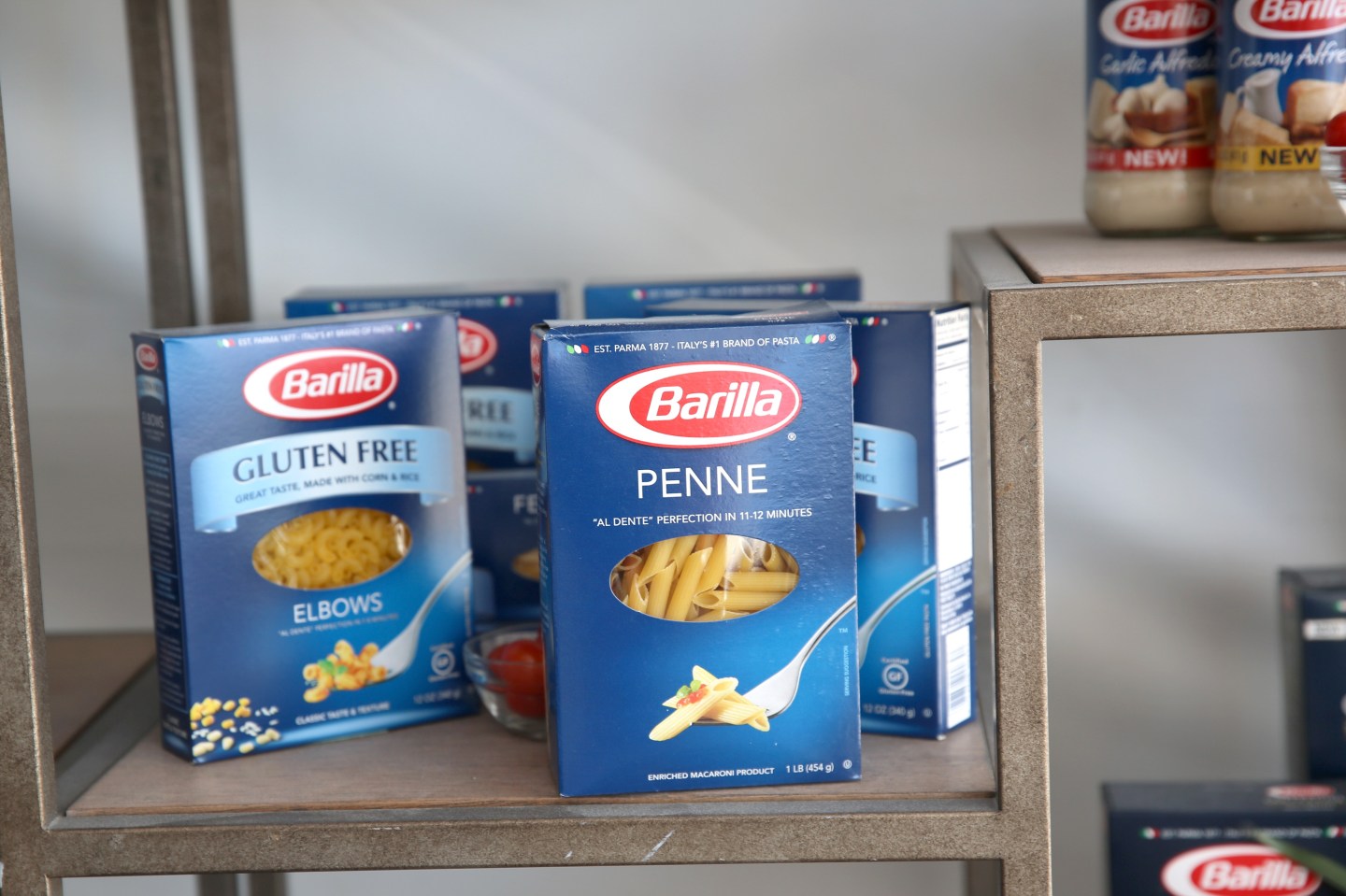 Barilla, the Italian company that produces one quarter of pasta sold in the U.S., is facing a lawsuit that alleges the packaging is deceiving customers into how much food they’re really getting.

In a lawsuit filed in a New York District Court, on behalf of four consumers seeking class-action status, it is alleged Barilla “deceptively” sells three types of elbow boxes that appear to be the same size but some boxes actually contain way less pasta. For example, the lawsuit said, Barilla’s standard macaroni version of elbow pasta is sold with one pound of pasta, while ProteinPLUS elbows contain 14.5 ounces per box and Whole Grain elbows have just 13.25 ounces per box.

All box sizes are the same and notably, all three do list on the bottom of the box how much of the pasta is in the container.

“Rather than reduce the size of the box for the Whole Grain or ProteinPlus pastas, Barilla substantially under-fills the boxes in which these pastas are sold,” the lawsuit claimed.

The litigation alleges that Barilla also uses this practice when selling other shapes of pasta, including spaghetti, penne and shells.

Fortune reached out to Barilla and hasn’t yet heard back from the company. We will update if they response to our questions regarding the litigation.

Barilla isn’t the only consumer goods company to face a legal case involving alleged misrepresentation in how its food is packaged. Last year, Procter & Gamble (PG) agreed to change how it packaged skin-care products under the Olay brand after it faced some accusations the company misled shoppers by selling face cream in packs that seemed far larger than their contents. Starbucks (SBUX) earlier this year faced a lawsuit that claimed it short changed customers by putting too much ice in their cold beverages.

While the Barilla lawsuit concedes that the boxes do identify the new reduced net weight in small print on the bottom of the boxes the company produces, it claims “Barilla relies on consumers’ familiarity with the box size and appearance, known due to
decades of marketing, to mislead consumers into thinking they are purchasing the same quantity of pasta when, in reality, the company is filling the boxes with materially less pasta.”

The case, filed on behalf of four New York citizens, seeks compensatory and punitive damages, as well as legal fees.

The lawsuit was originally reported by the New York Post.