Rise of the Surgical Robot and What Doctors Want 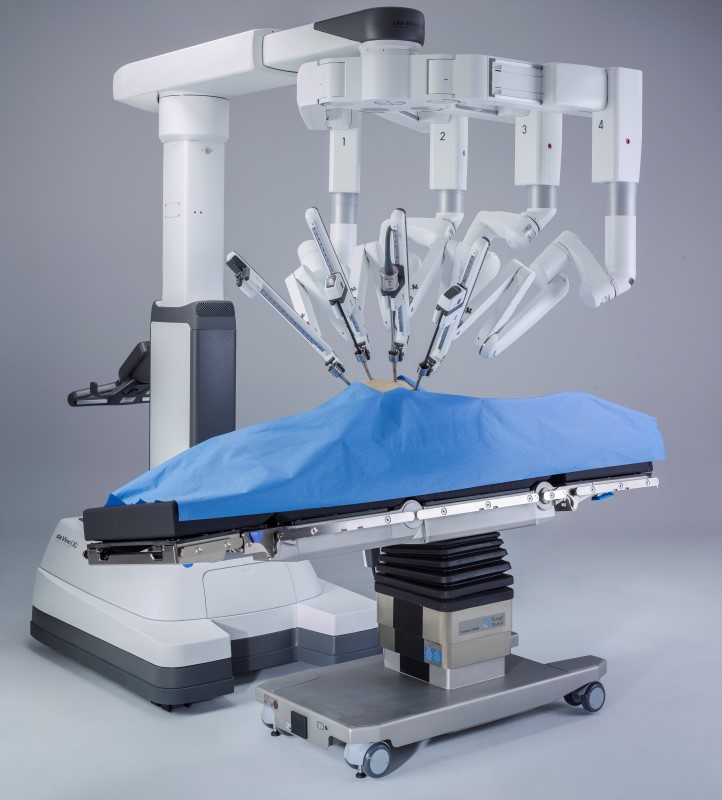 Even though many doctors see need for improvement, surgical robots are poised for big gains in operating rooms around the world.

Within five years, one in three U.S. surgeries – more than double current levels – is expected to be performed with robotic systems, with surgeons sitting at computer consoles guiding mechanical arms. Companies developing new robots also plan to expand their use in India, China and other emerging markets.

Robotic surgery has been long dominated by pioneer Intuitive Surgical (ISRG), which has more than 3,600 of its da Vinci machines in hospitals worldwide and said last week the number of procedures that used them jumped by 16% in the second quarter compared to a year earlier.

The anticipated future growth – and perceived weaknesses of the current generation of robots – is attracting deep-pocketed rivals, including Medtronic (MDT) and a startup backed by Johnson & Johnson (JNJ) and Google (GOOGL).

Developers of the next wave aim to make the robots less expensive, more nimble and capable of performing more types of procedures, company executives and surgeons told Reuters.

Although surgical robots run an average of $1.5 million and entail ongoing maintenance expenses, insurers pay no more for surgeries that utilize the systems than for other types of minimally-invasive procedures, such as laparoscopy.

Still, most top U.S. hospitals for cancer treatment, urology, gynecology and gastroenterology have made the investment. The robots are featured prominently in hospital marketing campaigns aimed at attracting patients, and new doctors are routinely trained in their use.

Surgical robots are used in hernia repair, bariatric surgery, hysterectomies and the vast majority of prostate removals in the United States, according to Intuitive Surgical data.

Doctors say they reduce fatigue and give them greater precision.

See also: Why Robots Can Be Better Surgeons

But robot-assisted surgery can take more of the surgeon’s time than traditional procedures, reducing the number of operations doctors can perform. That’s turned off some like Dr. Helmuth Billy.

Billy was an early adopter of Intuitive’s da Vinci system 15 years ago. But equipping its arms with instruments slowed him down. He rarely uses it now.

“I like to do five operations a day,” Billy said. “If I have to constantly dock and undock da Vinci, it becomes cumbersome.”

To gain an edge, new robots will need to outperform laparoscopic surgery, said Dr. Dmitry Oleynikov, who heads a robotics task force for the Society of American Gastrointestinal and Endoscopic Surgeons.

New systems also will need to be priced low enough to entice hospitals and outpatient surgical centers that have not yet invested in a da Vinci, as well as convince those with established robotic programs to consider a second vendor or switching suppliers altogether.

“That is where competitors can differentiate,” said Vik Srinivasan of the Advisory Board Co, a research and consulting firm that advises hospitals.

See also: Here’s the Only Human Designed to Survive a Car Crash

Developers say they are paying attention. Verb Surgical, the J&J-Google venture that is investing about $250 million in its project, said creating a faster and easier-to-use system is a priority.

Verb also envisions a system that is “always there, always on,” enabling the surgeon to use therobot for parts of a procedure as needed, said Chief Executive Scott Huennekens.

Intuitive said it too is looking to improve technology at a reasonable cost, but newcomers will face the same challenges.

“As competitors come in, they are going to have to work within that same framework,” CEO Gary Guthart said in an interview.

See also: Johnson & Johnson Is Proving Big Can Be Beautiful

Device maker Medtronic (MDT) has said it expects to launch its surgical robot before mid-2018 and will start in India. Others developing surgical robots include TransEnterix and Canada’s Titan Medical (TITXF).

An RBC Capital Markets survey found that U.S. surgeons expect about 35% of operations will involve robots in five years, up from 15% today.

J&J, which hopes to be second to market with a product from Verb, has said it sees robotics as a multibillion-dollar market opportunity. Huennekens said Verb’s surgical robot will differ from another Google robotics effort, the driverless car, in one important aspect.

“There will always be a surgeon there,” he said.