Is Hillary a Better Dealmaker Than Trump? 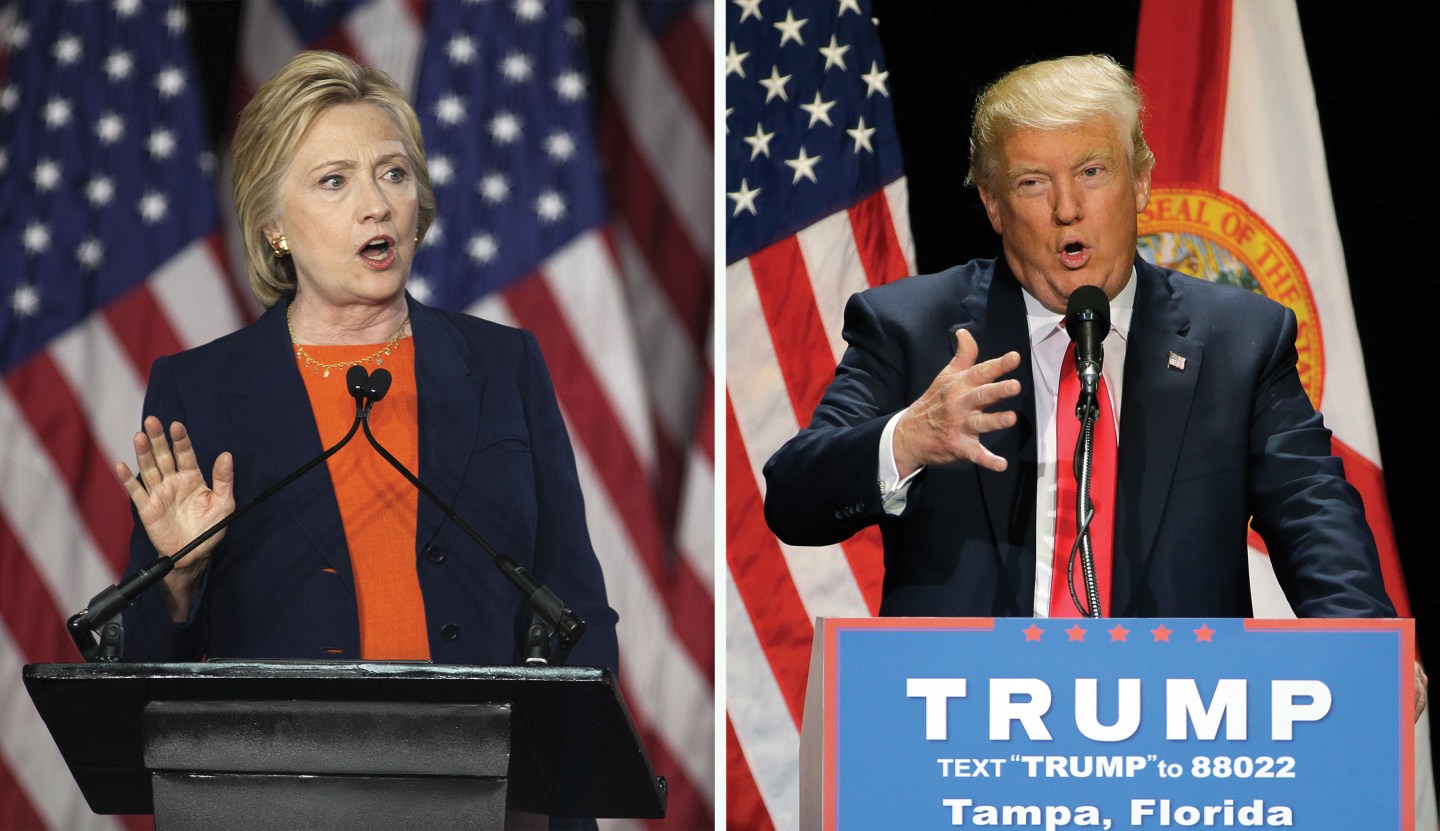 Given that Donald Trump “wrote” the best-selling “business” book of “all time,” it’s surprising that Hillary Clinton in the last few weeks has proven to be the better dealmaker in at least one case: how they have dealt with their main political rivals.

The difference between Trump’s management of Ted Cruz and Hillary’s approach to Bernie Sanders is telling.

Trump seemed to view the relationship with Cruz in terms of power dynamics. He did whatever he thought necessary to win short-term victories — declaring that Cruz’s wife was corrupt and, even worse in Trump’s mind, un-sexy; that Cruz was a “very unstable” “pussy” who’s real first name was “Lyin’”; and that his father palled around with Lee Harvey Oswald and probably helped kill JFK.

Who could have imagined that Cruz would bear a grudge? Trump apparently thought there would be no repercussions because once he won, his rivals would have no choice but to fall in line. That probably has been Trump’s experience in life: the intense desire of people to be with The Winner, or a billionaire, makes folks suppress their hurt feelings.

And remarkably, it pretty much worked with other rivals. Trump was endorsed by Little Marco Rubio (whom he mocked for sweating too much); Ben Carson (“pathological”); Scott Walker (“We sent him packing like a little boy”) and Rick Perry (“He put on glasses so people think he’s smart.”) Dominance did lead to submission.

As far as we know, he never made any particular effort to smooth things over with Cruz, or make him feel like he’d won something.

Perhaps this is a big business thing. For a large corporation, if you take market share, you can exert power over vendors. While delighting customers is certainly relevant to large companies too, leveraging market clout really can increase margins. Muscle works. Or perhaps it’s just a Trump thing.

By contrast, Hillary’s approach to her main rival was one that Trump probably would have mocked as weak. Sanders withheld his endorsement, stayed in the race long after he’d lost, kept making more and more demands. Yet Hillary gave him one concession after another on the Democratic platform.

It enabled Sanders to justifiably claim victory. She knew that psychologically, someone like Sanders could not have invested so much of himself without having gotten something meaningful for it. “I am happy to tell you that at the Democratic Platform Committee there was a significant coming together between the two campaigns and we produced, by far, the most progressive platform in the history of the Democratic Party,” Bernie said in his convention speech.

In a way, Hillary’s approach resembled more that of a small businesswoman (her father started a drapery store). As a startup guy myself, I have always assumed that any current competitor – no matter how loathsome — may be a future ally, employer or employee. And when it comes to contracts and deal terms, one aspires to create wins for the person on the other side of the table, not because you’re soft or generous but because it leads to renewals.

Clinton has certainly been known to hold grudges but she nonetheless viewed Sanders as both current enemy and future ally.

Throughout the spring, the approach taken by the two candidates to their adversaries on the surface followed cartoon gender stereotypes – the macho man vs. peacemaking woman.

But as the convention approached, the styles reversed. For all her solicitousness of Sanders, Clinton apparently drew a hard line: if you want to speak at the convention, you have to first endorse me. And he did.

Related: The Small-Business Appeal of the Libertarian Party

Trump, by contrast, invited Cruz without having gotten that promise. It was a such an obvious error in negotiation tactics, that it seemed impossible that the author of the Art of the Deal could have done it. It led to speculation that maybe it was an elaborate ambush of Cruz. I doubt it. I think Trump just figured that Cruz had no leverage, and therefore would capitulate.

Part of good deal-making is reading people. Trump has always boasted of his ability to do that but he completely misread Cruz, while Clinton acutely understood what motivated Sanders.

The results of the two strategies were on display at the conventions. Instead of endorsing Trump, Ted Cruz oozed “vote your conscience.” Bernie Sanders declared, “Hillary Clinton will make an outstanding president and I am proud to stand with her here tonight.”

Small businesses tend to care more about preserving relationships, creating new customers, in effect, developing new constituencies. In that sense, being a small businessman is more like being a politician than being a mogul.

Perhaps the management style differences between Trump and Clinton are not so much insider vs. outsider, but big business vs. small business.