The Small-Business Appeal of the Libertarian Party 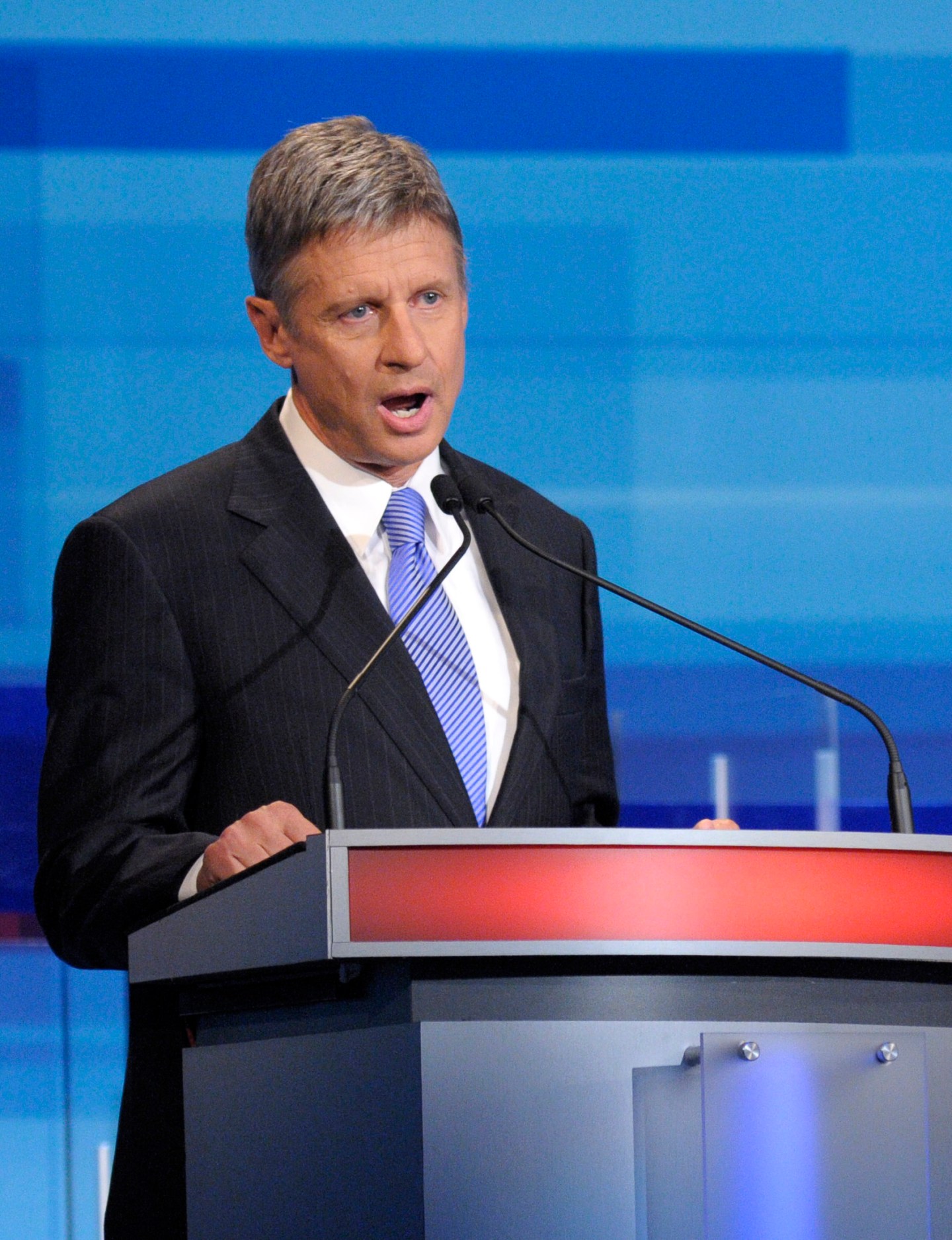 Gary Johnson won only 1% of the vote when he ran as the Libertarian candidate for president in 2012. And while most people still haven’t heard of him, the former New Mexico governor is slowly gaining traction in this chaotic election season, particularly among business owners.

With a strong pro-business message, Johnson could eventually could emerge as the third–party candidate who grabs votes from either former Secretary of State Hillary Clinton or real–estate magnate Donald Trump, the respective presumptive Democratic and Republican candidates, political analysts say.

He and his vice presidential running mate Bill Weld, the former governor of Massachusetts, are likely to appeal particularly to Republicans who are uncomfortable with the populist campaign Trump has mounted. Not only are Johnson and Weld social liberals and fiscal conservatives, they espouse views traditionally associated with moderate Republican candidates on the economy, such as favoring international trade agreements and reducing the national debt.

As such, they also have an appeal to entrepreneurs who want to voice a protest vote against Trump, whose platform currently includes deportation of undocumented immigrants and banning of Muslim immigrants, punishing companies that invest in operations overseas, and a trade war with countries such as China and Mexico.

“It is the first time the Libertarian ticket will have more government experience than the Republican ticket, and that is astonishing,” says Stan Veuger, a resident scholar and economist at the American Enterprise Institute, a conservative think tank in Washington, D.C.

Johnson was most recently the chief executive of a company called Cannabis Sativa, which produces pot-based oils for treatment of health issues. Weld had high favorability ratings from state businesses during his two terms as governor of Massachusetts in the 1990s, for cutting taxes and pushing welfare recipients into work programs, among other things.

Such experience matters to Clint Greenleaf, co-founder and chief executive of HomePlate Peanut Butter, a four-employee company based in Austin, Texas. Greenleaf, a serial entrepreneur, describes himself as a fiscal conservative who has tended to vote Republican over the years, but who has recently become a Libertarian.

This year, however, he finds himself disappointed with the negative tone of the presidential campaign, as well as the prospect of voting for either Clinton or Trump. Specifically, Greenleaf disapproves of Clinton’s big government philosophy and the controversies swirling around her, including using a private computer server for federal emails. But he also dislikes the grandiosity and wavering inconsistencies of Trump, on everything from immigration to taxes.

For Greenleaf, the policies put forth by Johnson and Weld, plus their collective experience governing their home states, are likely to win his vote.

“I think the biggest thing is their ability to work across the aisle,” he says. “They were both Republican governors in blue states.”

Johnson and Weld are long-shots to gain the White House, political analysts say. Yet they could attract enough voters to make things difficult for either Trump or Clinton, where according to at least one recent poll, the Democrat and Republican tie at 35%, with Johnson garnering 13% of the vote.

They’ve staked out positions that business owners tend to favor. Johnson, the former governor of a state that bordered Mexico, a U.S. trading partner that Trump regularly maligns, favors a more open immigration policy that would allow undocumented immigrants to get work visas to fill jobs that U.S. workers don’t want.

He would reduce the federal debt and deficit by cutting federal spending, nearly in half. On taxes, always a top concern for entrepreneurs, Johnson would abolish the Internal Revenue Service, and ultimately replace the progressive income tax with a “fair tax,” or a tax on consumption. That would eliminate the corporate tax, which in turn could create millions of new jobs, Johnson says.

While it’s hard to know if the consumption tax could ever get mainstream traction, Johnson and Weld appeal to entrepreneurs because they seem to be a saner alternative to Trump, says Philip Wallach, a senior fellow in governance studies at Brookings Institution, a centrist think tank.

“Part of this is just Trump being such a wild card, which might potentially be off-putting to many small business owners who worry about economic uncertainty and instability threatening their businesses,” Wallach says.

That certainly rings true for Jeff Koenig, owner of the business consulting firm Open Four Business, in Manhattan, Kansas. A registered Republican who says he has also voted for centrist Democrats on occasion, he respects Trump’s business acumen, but he says he has no idea what Trump stands for politically. And that troubles him. He also won’t vote for Clinton, whom he says he views as a “corrupt” career politician.

“I don’t entirely agree with the foundation of Libertarianism, which is very anti-government, “ Koenig says. “By voting for the Libertarian party [this year], I would be voting for more common sense level-headedness.”