These Next-Gen European Trains Could Get a Little Hyperloop Technology 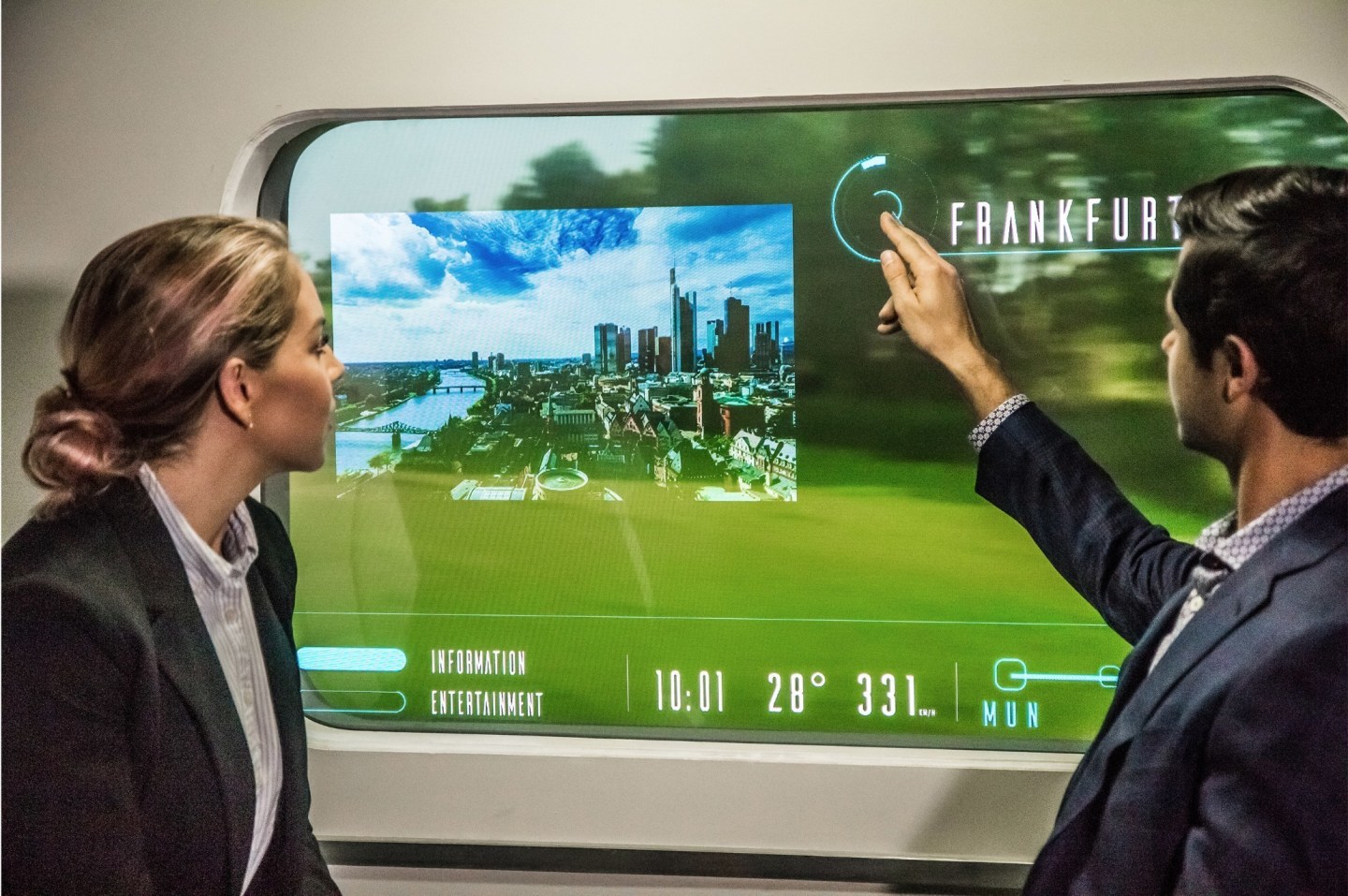 Hyperloop—a futuristic transportation system that can hurtle people and cargo in pods at more than 750 miles an hour—is still theoretical in many respects, even if aspects of the underlying technology has been tested. And it will take months, if not years to fully vet and build the system.

So while student teams at universities and private companies race to prove out the Hyperloop concept, one startup is looking to put some of that tech into conventional trains.

Hyperloop Transportation Technologies Inc., one of two private startups that have the biggest lead in developing the high-speed transportation system, said Thursday it has agreed to collaborate with Deutsche Bahn to develop a conventional train that will use new technologies being developed for the Hyperloop. The so-called Innovation Train will be ready for service by early 2017, according to HTT.

The idea of a Hyperloop was first floated by SpaceX and Tesla CEO Elon Musk in 2013. Instead of building the system, he challenged others to pursue and potentially develop the concept. The idea has fascinated and inspired a group of startups to try to develop the idea—or at least invest in it. HTT and Hyperloop Technology premiered soon after, followed by a SpaceX-sponsored pod design competition in January.

To be clear, the new technology that HTT will add to this Innovation train will not give it Hyperloop-like speed. Instead, its technology is meant more for the passenger. HTT has developed augmented windows and other digital tech that passengers will be able to interact with. The goal isn’t just staving off boredom during a train ride. It has the potential to increase efficiency and deliver more revenue into the coffers of Deutsche Bahn, a German-based railway and logistics company that transports about seven million train passengers every day.

Augmented windows on a train would allow passengers to find real-time info on weather, the route, news, or popular landmarks along the way. Perhaps the passenger would be able to order food or future tickets using the interactive digital displays. HTT produced a video that you can see below that shows what these augmented windows might look like.

The Innovation train project starts in early August and will be broken down into phases including research, usage scenarios, design concepts, design finalization and implementation. HTT is unusual in that it was born out of a crowdsourcing platform. The company relies on its community of crowdsourced workers to develop the Hyperloop. That might seem like a painfully slow process akin to herding cats, but HTT claims the train will be ready for passengers to test the new technologies by the beginning of 2017. Deutsche Bahn is financing the final product.

“One of the biggest issues in public transportation is the need for public subsidies,” HTT CEO Dirk Ahlborn said in a statement. “New technologies and new ideas, can create a better passenger experience while solving these issues through new monetization strategies and business models, with the Hyperloop and all other forms of transportation.”

In May, HTT announced it licensed technology that it claims is safer and cheaper than what conventional high-speed trains use. HTT says the base technology of its proposed high-speed transportation system is passive magnetic levitation originally developed by Dr. Richard Post and his team at Lawrence Livermore National Labs. The startup has worked with the national lab over the past year to develop and build test systems using the technology, according to HTT.

Meanwhile, rival Hyperloop One, which has been bogged down by a legal battle between its co-founders, opened a manufacturing plant in North Las Vegas this month. The 105,000-square-foot tooling and fabrication plant will be used to make and test components for its Hyperloop prototype named DevLoop. Hyperloop One CEO Rob Lloyd, the former president of Cisco, says it will demonstrate DevLoop, a full-scale, high-speed test of its track, vehicle, and controlled-environment tube by early 2017.