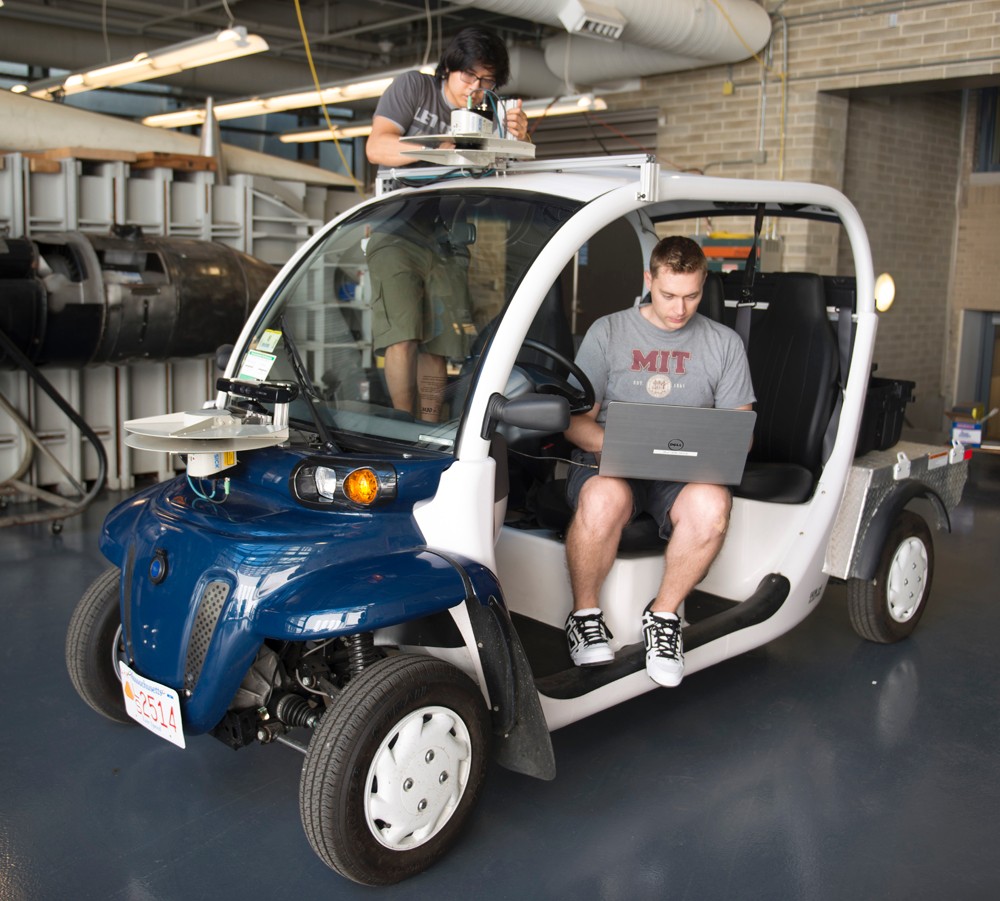 Ford Motor is unleashing electric vehicles onto the Massachusetts Institute of Technology campus. Students and faculty will be able hail these cars via mobile app in order to shuttle them to and from class. It sounds a lot like Uber and Lyft. But that’s not exactly what Ford is aiming for—at least not initially.

The electric shuttles, which will be small enough to navigate sidewalks within the campus, will be outfitted with cameras and LIDAR sensors, or light-sensitive radar. The technology emits short pulses of laser light so that the vehicle’s software can produce high-definition 3D images in real-time of what is around the cars. All of the data captured by the cameras and LIDAR combined with weather information as well as class schedules will be used to understand pedestrian traffic patterns.

In the near term, Ford and MIT researchers hope to use all that data to predict demand for the shuttles, then routing those vehicles to areas where they’re needed most at the corresponding times.

The automaker says the research will be used to improve its own Dynamic Shuttle project, a service that provides point-to-point rides to employees requesting rides using a mobile app on its Dearborn, Mich., campus.

But Ford posits the research project at MIT could also enhance the concept of ride-hailing as a whole because it’s focused on developing predictive algorithms that will direct vehicles to where people are most likely to need them and, hopefully, reduce wait times. In other words, this research could eventually be used for a commercialized, on-demand shuttle service well beyond the borders of Ford’s company campus.

Ford is also using the MIT project to improve its self-driving car technology by testing how LIDAR detects people and helps the shuttle navigate through crowded areas.

The project will be limited to select students and faculty, who will be able to hail one of the three available electric shuttles during certain hours of the day. The project with MIT is part of a Ford initiative to partner with more than 30 colleges and universities around the world on research.

Here’s what Ford will look like in five years:

Ford CEO Mark Fields believes that solving transportation problems will be big business. In the past two years, he has laid out a strategy, and experimented with various pilot projects, that will steer the company beyond just selling cars to new unconventional areas related to helping customers get around town.

In 2015, Fields introduced a so-called mobility strategy, which involves building cars with Internet connectivity, developing autonomous vehicle technology, and using big data collected from sensors in cars to learn more about how people travel. The company has since launched a free mobile app called FordPass—sort of a Swiss Army knife for transportation that helps drivers find and pay for parking, borrow, and share vehicles when traveling—and several pilot projects like a leasing program that lets up to six people share a car as well as a new lab for scientists to develop new driver-assistance technologies rooted in data provided by wearable devices like smartwatches.