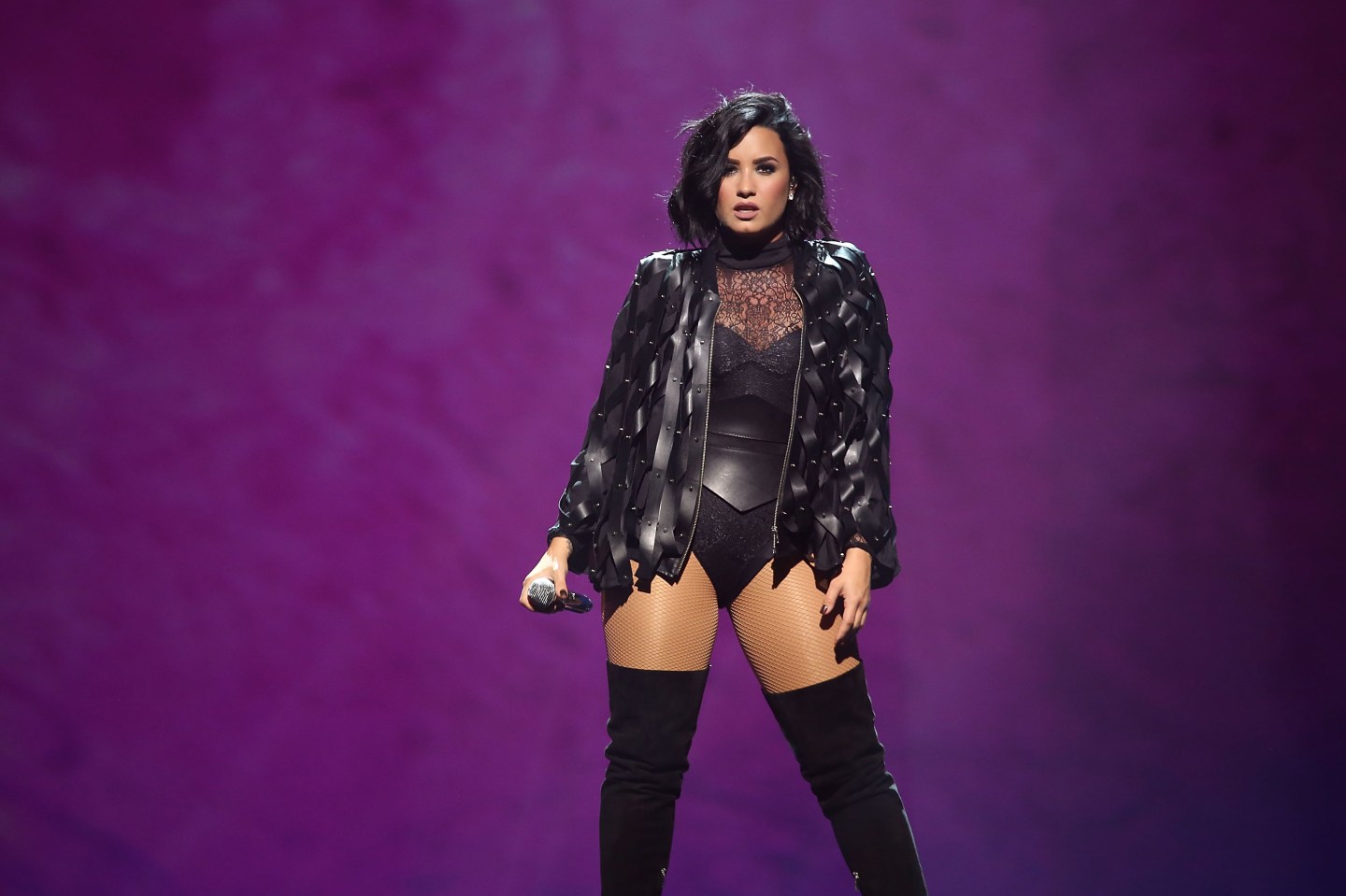 In just 10 minutes, I’ve already ran into my ex-boyfriend, gone home and changed my outfit, met up with my best friend at a concert hall to try to snag tickets, then snuck inside by flirting with the security guard after finding out the show is sold out.

No, my real life hasn’t suddenly become the plot of the next teen movie hit. Instead, this all happened while I played one of singer Demi Lovato’s choose-your-own-adventure games on my iPhone. Last year, Lovato teamed with mobile gaming company Pocket Gems to design her own series of games, Demi Lovato: Path to Fame, as part of Episode, the company’s app for interactive mobile stories.

On Wednesday, Lovato is releasing the third installment, or “season,” of her game in which the player, an aspiring pop singer, embarks on a music tour of her own and faces a myriad of challenges along the way. In the first two seasons, the player’s character first rises to fame by catching Lovato’s attention (yes, she’s in her own game) with her singing talent and then goes on tour with her.

“Basically I was kind of thinking of what would my fans do if they were in my position,” Lovato tells Fortune of the myriad of decisions, big and small, she makes daily. “So I thought, ‘How cool would it be if I had a game like that?’”

For the most part, it’s exactly that. Players get to pretend they’re in some version of Lovato’s life (or her imagination), and endlessly tap their smartphone screens to move through story. They make an unbelievable number of decisions along the way—from outfit changes to how to respond to other characters. They can can also purchase additional items within the game, like outfits or accessories, as well as “passes,” which let them move ahead in the game more quickly. Episode also displays ads, which is the third way it generates revenue.

“We like to think of it as a cross between Netflix and Snapchat,” says Jameel Khalfan, who leads business development at Pocket Gems, of Episode’s approach to mobile storytelling.

Pocket Gems first started working with Lovato in early 2015 after her team reached out to Khalfan about collaborating on a mobile game, according to the company.

“At the beginning, there were a lot of brainstorming sessions to make sure we really captured her voice in the story line,” said Khalfan of working with Lovato. By August of that year, the first installment of Lovato’s story on Episode was released, with the second one following shortly after in November. The company says it does share revenue with Lovato, but declined to elaborate on the details.

Pocket Gems first debuted Episode in early 2014 as a way to provide its users with a different type of mobile game. They can also write and publish their own stories through Episode’s website. Pocket Gems, which had already found success with mobile games like Campus Life and Secret Passage, wanted to expand beyond its roots as a gaming company.

“We really saw ourselves as an entertainment company,” said Khalfan of the decision to partner with Lovato. It has also released an Episode story based on the hit teen movie Mean Girls.

Lovato’s interest in creating her own mobile gaming is far from surprising. Thanks to Kim Kardashian’s 2014 mobile game, Hollywood, the celebrity-plus-mobile-game recipe has become its own phenomenon, grossing $160 million in revenue, according to Forbes. Kardashian’s collaborator, gaming company Glu Mobile, has since created similar games in partnership with other celebrities like chef Gordon Ramsay, while Kardashian and her sisters have expanded their mobile empire by each releasing their own customized apps for sharing photos, tips, and connecting with their fans.

Lovato’s own game with Pocket Gems already has some impressive numbers. Since its debut a year ago, the first two installments have generated $13 million in revenue to date, and its 20 million unique users (mostly young women) have viewed chapters in her games 225 million times. Overall, Episode now has about 25,000 different stories with three million weekly active users.

But then there’s also the fact that both Lovato and her fans part of the smartphone generation. The 23-year-old, who says that adding new ways to connect with her fans online is incredibly important, has 43.3 million followers on Instagram and 37.2 million on Twitter. But Snapchat, the ephemeral messaging app popular among teens, is her favorite.

“I’m having the most fun with Snapchat because everything disappears after 24 hours,” says Lovato. “Sometimes I worry about about the stuff I post on Instagram—is it gonna look good?” she adds, channeling a common worry of social media users. She recently also praised the app for making it easy to avoid the exhausting negative user comments found on other social networks.

And when she’s not using social media? Word games are her other mobile app obsession, reveals Lovato.

While Pocket Gems definitely wants to eventually work with more celebrities and brands, it has its hands full with Lovato’s game at the moment. Khalfan says of Lovato’s eager fans, “As soon as people finish Season 2, the letters start coming in asking us when is Season 3.”