Coca-Cola Is Struggling to Gain Ground In Developing Markets 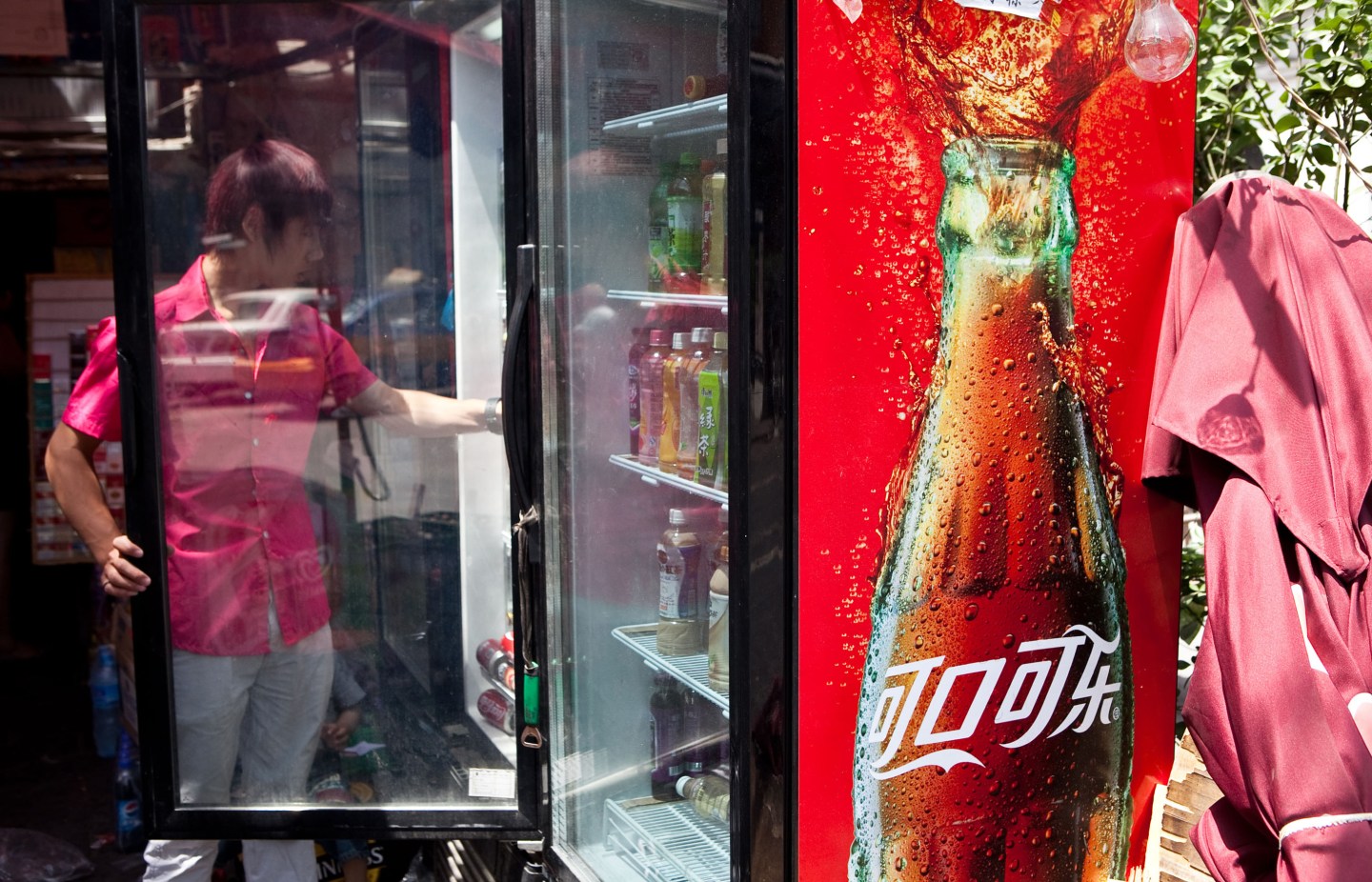 A customer checks Coca-Cola Co. soft-drink products in Beijing, China, on Friday, June 3, 2011. Coca-Cola, the world's largest soft-drink maker, is in talks with China's government to list shares in Shanghai as the company accelerates expansion in the world's most populous nation.
Photograph by Raul Vasquez — Bloomberg via Getty Images

Shares of the world’s largest beverage maker, which also cut its full-year organic revenue growth forecast, were down 2% in premarket trading on Wednesday.

“Strong performance in some of our largest and most developed markets, including the United States, Mexico and Japan, was offset by difficult external conditions in many of our emerging and developing markets, including China and Argentina,” CEO Muhtar Kent said in a statement.

The company said it now expects full-year organic revenue to grow 3% in 2016, down from its previous forecast of 4-5% growth.

Revenue from North America, the company’s largest market, rose 2%, while it fell in all other regions, partly hurt by inflation.

Analysts on average had expected earnings of 58 cents per share on revenue of $11.63 billion, according to Thomson Reuters I/B/E/S.