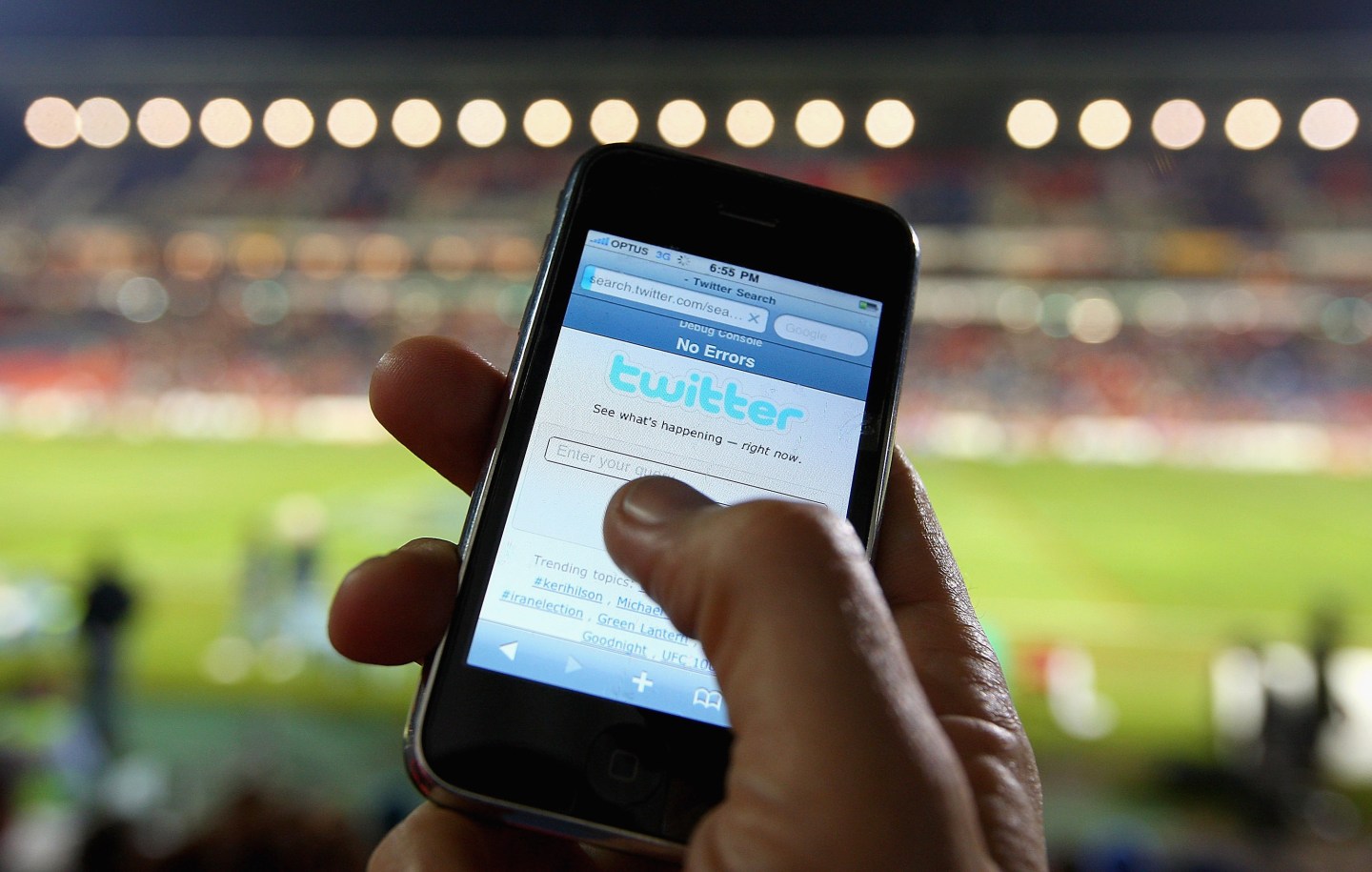 As I noted last quarter, analysts are mostly positive about Twitter (TWTR). Very few of them rate its stock a “sell;” one even calls Twitter “The Most Troubled 30%+ Compound Annual Growth Rate Company on Earth” while noting that the negative perception about the company “feels a bit extreme.” The point being? Even if user growth had stalled, Twitter’s business was solid.

That sentiment began to change last quarter, after the company revealed slowing revenue growth and continuing losses. The company lowered its revenue forecast for the year, too.

Twitter repeated same situation in its second quarter earnings announcement Tuesday. Revenue grew 20% over last year, a significant drop from the 50% to 100% revenue growth the company experienced when it first went public three years ago. Shares fell more than 11% in after hours trading.

Once again, Twitter executives attributed the shrinking growth to the fact that it has already sold ads to the biggest U.S. advertisers. (In investor parlance, the market is “fully penetrated,” Bain said.) What’s more, 80% of Twitter users are outside the U.S.

But the company has a solution: Video. More specifically, live video. The advertising world has become enamored with online video, pouring around $10 billion a year into the category. (That still dwarfs the $80 billion they spend on TV ads.) Twitter COO Adam Bain said Twitter has quickly become “video-centric” to meet advertiser demand. “Just a year ago those products did not exist,” he said. There is a whole new set of video budgets out there today.” He noted that Twitter is still missing out on some of the video advertising action because it doesn’t have the right products and features in place, but it is moving quickly to build them. Twitter’s deals with sports leagues like the NFL, for example, are attractive to advertisers. Twitter has already sold a meaningful percent of the inventory it controls around the NFL live video.

Twitter executives emphasized that the company’s big selling point to advertisers is the conversation by users that happens around content like live NFL clips. But that means Twitter has to work harder to make sure that conversation is actually one of quality, and not, as some high profile writers and celebrities have found, a cesspool of racism and sexism. Bullying and harassment have become an increasing problem for the company that once took pride in its extreme stance on free speech, defending its users’ rights to post anything they wanted (including nudity, which most other platforms ban).

Earlier this month, Twitter permanently banned a blogger notorious for inciting the harassment of women on its service. On the earnings call, CEO Jack Dorsey defended the decision in what sounded like a prepared remark: “Abuse is not part of the civil discourse” that Twitter is designed to foster, he said. Recent events, he noted, have only confirmed how important it is to make Twitter a safe place. “No one deserves to be the target of abuse online,” he said.