Here’s Why McDonald’s Shares Are Tanking 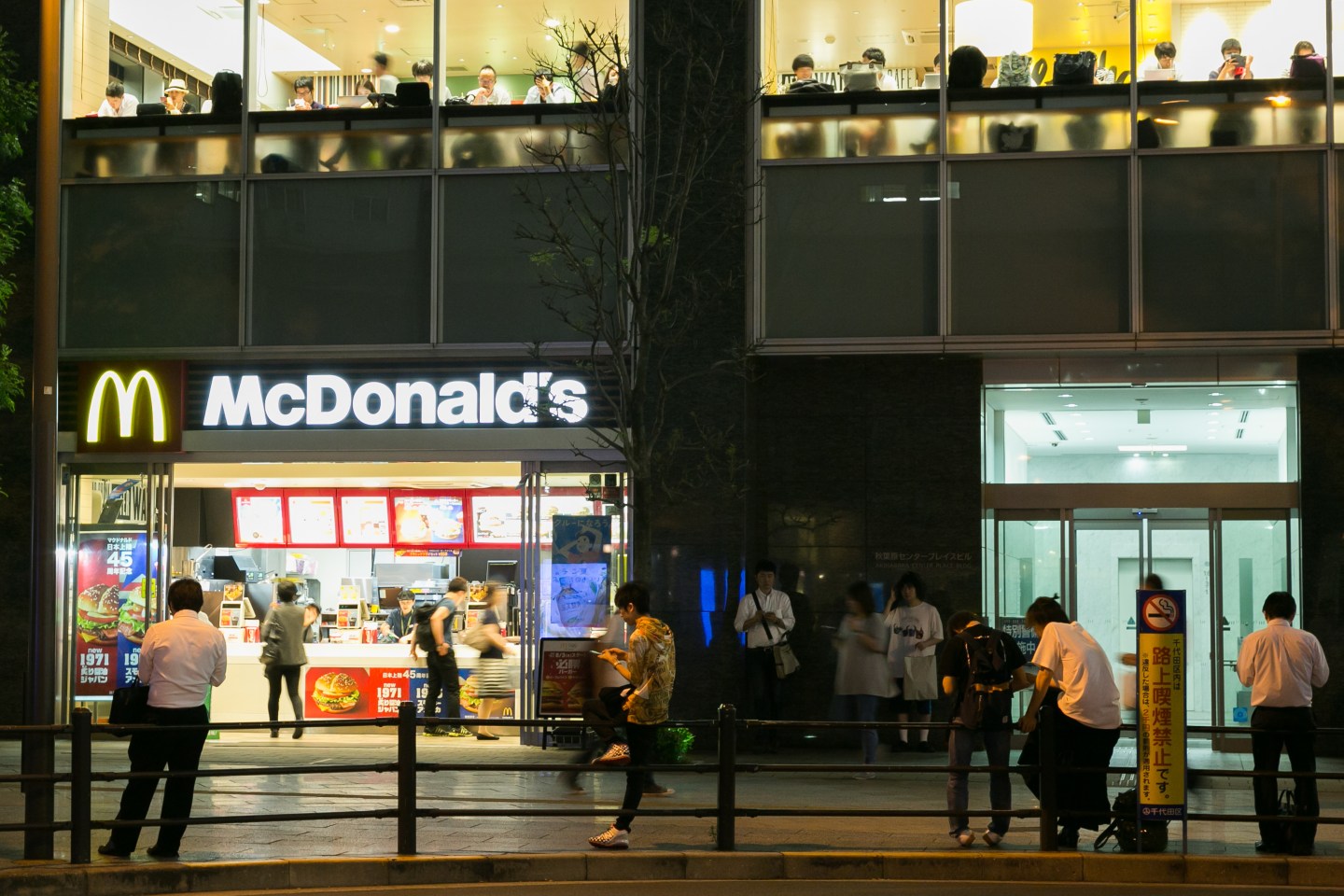 People play Pokemon Go outside McDonald's restaurant in Akihabara on July 25, 2016, Tokyo, Japan. After the launch of Pokemon Go, tourist sites and summer festival organisers are reminding app users to respect manners and be aware of people around them. Meanwhile JR East train line installed posters in Shinjuku Station, one of the busiest stations in the world, to caution commuters about the dangers of using mobile devices to play games whilst walking in the station. (Photo by Rodrigo Reyes Marin/AFLO) (via AP)
Photograph by Rodrigo Reyes Marin — AFLO via AP

It was the second quarter in a row of disappointed sales growth in the United States despite initiatives like its all-day breakfast menu. McDonald’s comparable sales (sales at restaurants open at least 13 months) rose 1.8% in the quarter ended June 30, well below the 3.6% clip analysts were expecting, according to Consensus Matrix. McDonald’s shares, which recently were trading at all-time highs, fell more than 3% in early trading.

McDonald’s said in a statement it faced “a challenging environment in several key markets.”

And in the U.S., its largest market, generating nearly 40% of sales, Wall Street analysts said McDonald’s continued to grapple with shrinking numbers of visitors. What’s more, McDonald’s has been trying to wean customers off of its former Dollar Menu, which executives have said hurt its brand and made it harder to charge more for the better products it has introduced.

“Traffic likely remains negative and the chain continues to wrestle with “Dollar Menu hangover” as prices for its premium items are perhaps too high for their perceived quality,” RBC David Palmer said in a note, though he noted that the “McPick 2 for $5” has been an important source of sales and margin improvements.

Still, it was the fourth straight quarter of comparable sales increases in the U.S. for McDonald’s after what had been two years of declines. On the watch of CEO Steve Easterbrook, McDonald’s has sought to simplify its menu, shedding items that were either unpopular or slowed down the process in the kitchen. Easterbrook brought back All-Day Breakfast in the U.S. in October, finally yielding to what McDonald’s loyalists had been clamoring for for years. McDonald’s also introduced McPick 2 late last year; customers can pay $2 for two items among a selection of the McDouble and McChicken sandwiches, and other items.

Internationally, comparable sales for the International Lead segment rose 2.6% for the quarter, led by gains in Britain, Canada, Australia, and Germany. Net income fell 9.1% to $1.09 billion, or $1.25 per share, in the quarter ended June 30. Total revenue declined 3.5% percent to $6.27 billion, in line with the average analyst estimate, according to Thomson Reuters I/B/E/S. Excluding some one-time items, McDonald’s earned $1.45 per share, topping the average estimate of $1.38.