Now, Peet’s Coffee Is Jumping on the Cold Brew Craze 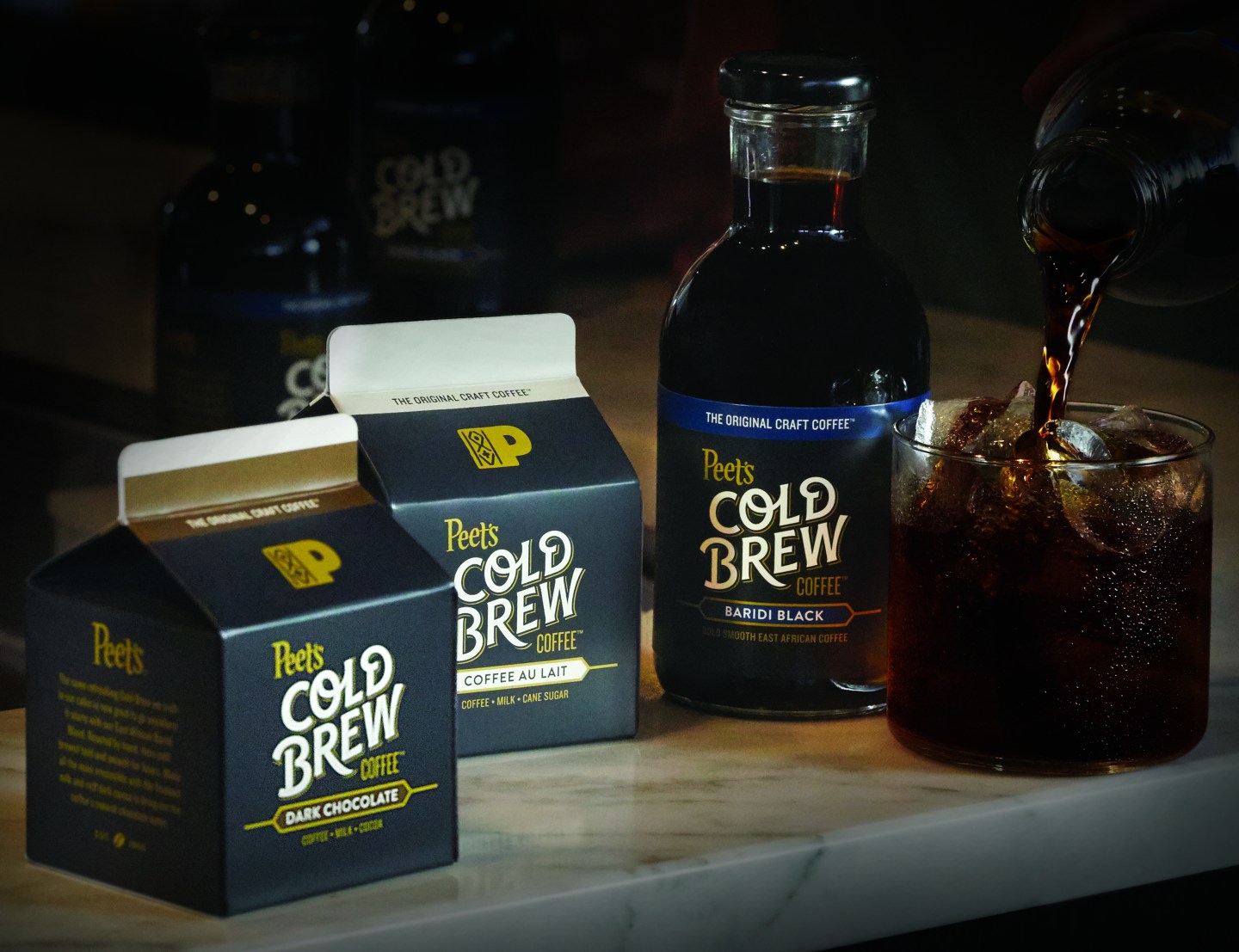 Peet’s Coffee says it is placing a bigger bet on the cold brew coffee craze, as the restaurant chain on Monday plans to new slate of ready-to-drink drinks.

The California-based coffee company says that Peet’s Cold Brew will start shipping today and will be available in 400 locations in the San Francisco area, including Peet’s cafés and grocery stores. The plan is to expand the line—which retails at $3.99 each—in other markets down the road.

Cold brewing is a way of brewing coffee without the use of heat, often a process that takes several hours or longer to complete. It has become trendy after smaller coffee houses began to experiment with new ways of brewing coffee, a process that has caught the attention of major chains like Starbucks (SBUX) and Dunkin Brands (DNKN).

Consumers, particularly urban-based millennials, have been lured to the cold brew craze as those coffees have a smoother, less acidic taste. Cold brews also have a natural sweetness and thus fewer calories than traditional iced coffees that are sweetened.

They also come with a price premium. Cold brews are 12% more expensive at restaurants than traditional iced coffees, according to research firm Technomic’s MenuMonitor.

Burwick says the trend first caught Peet’s attention when he first tasted Stumptown Coffee Roaster’s version of the cold brew. Then, he noticed retailers like Whole Foods (WFM) were dedicating shelf space to the craze, further signifying it had increased relevance. Peet’s, which is owned by German conglomerate JAB, ended up buying Stumptown last year.

“I looked at cold brew as the ultimate healthy beverage,” Burwick said. He noted it [Baridi Black] had just five calories per bottle, no sugars, and still provided the jolt that coffee lovers want.

Peet’s started working on its own cold brew blend in 2014 and by the summer of 2015, it was so in love with the process that it fully converted the menu at its restaurants to only serve cold brew coffee—traditional iced coffee was completely eliminated as an option. In the year following the change, sales nearly doubled.

Jessica Mitchell, senior director of innovation at Peet’s Coffee, said she first tried a cold brew about six years ago. She said ever since she tasted the blend, she’s aimed to figure out how to make a version for Peet’s. She ultimately settled on a 12-hour steep process and came up with three variations for the ready-to-drink line. They are Baridi Black (closest to what’s sold in Peet’s cafes), coffee au lait and dark chocolate.

Peet’s is entering a competitive cold brew market. Most notably, Starbucks is making a big retail push with support from distribution partner PepsiCo (PEP). But Peet’s says it isn’t too concerned about the competition.

“We are all trying to build this nascent category,” Burwick said. “The more people drink cold brew, the more they will be intrigued by the category.”