Here’s What Tech ISIS Is Using to Spread Its Message 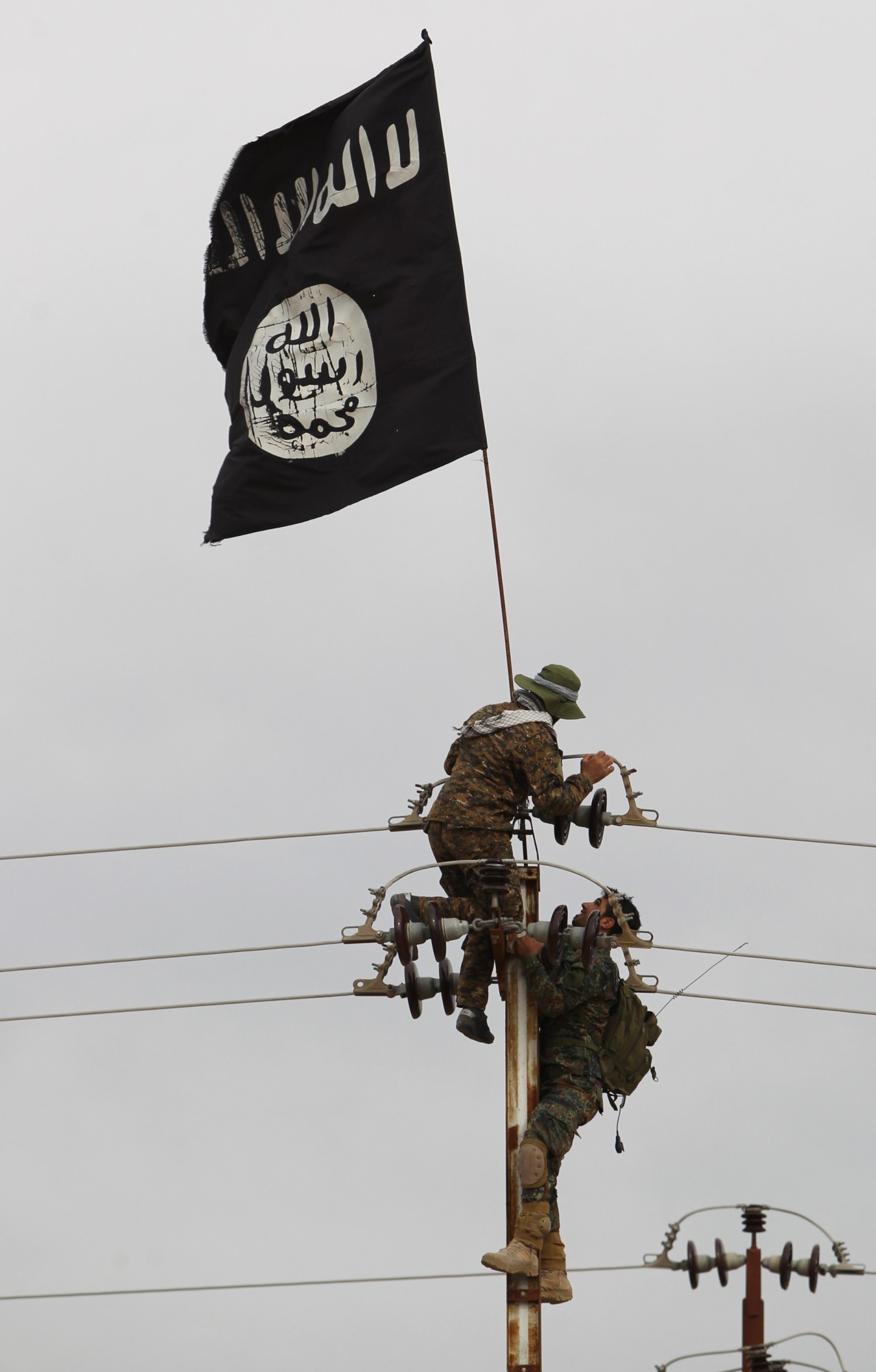 Iraqi Shiite fighters from the Popular Mobilisation units take off an Islamic State (IS) group flag from an electricity pole on March 3, 2016, during an operation in the desert of Samarra aimed at retaking areas from IS jihadists. Counter-terrorism forces, soldiers, police and allied paramilitaries are taking part in an operation launched on March 1, which is backed by artillery and both Iraqi and US-led coalition aircraft, aimed at retaking areas north of Baghdad, according to the Joint Operations Command. / AFP / AHMAD AL-RUBAYE (Photo credit should read AHMAD AL-RUBAYE/AFP/Getty Images)
AHMAD AL-RUBAYE AFP/Getty Images

Tracking terrorists and their followers online reveals many common digital tools and patterns of behavior that could help prevent future attacks, a new report finds.

Flashpoint, a cybersecurity firm, on Friday released the results from its 10-plus year “Tech for Jihad,” study on technology used by terrorist networks like Al-Qaeda and ISIS to spread propaganda as well as plan and coordinate terrorist attacks.

They also use commercial apps like Telegram, which features encrypted data services, to spread propaganda, communicate and coordinate attacks.

Apple (AAPL) iOS mobile devices dominate the world today, but ISIS prefers to use Android devices for its communications.

“There are several jihadist-created phone apps and all of them have been for Android format,”says Flashpoint Senior Analyst Alex Kassirer, who co-authored the study. “Most of it is just for media distribution, but it shows the way they’re digesting information. They’re looking at it on the go.”

The study notes that terrorists commonly use conventional sites like Facebook (FB) and Twitter (TWTR) to spread propaganda to wider audiences, but many of their accounts were shut down by those companies after the November attacks in Paris.

Flashpoint says intelligence experts and tech companies should use their report to better collaborate on counteracting terrorist networks.

“The government needs to do a better job of monitoring these encrypted networks and tech companies need to coordinate with them better,” Kassirer notes. ” They’re all grappling with the fact it’s very difficult. It’s how much you give away to the government, but maintain your freedom of speech. It’s that delicate balance. Legislation needs to catch up to technology today.”