This ‘Fracker-in-Chief’ Could Be Donald Trump’s Energy Secretary 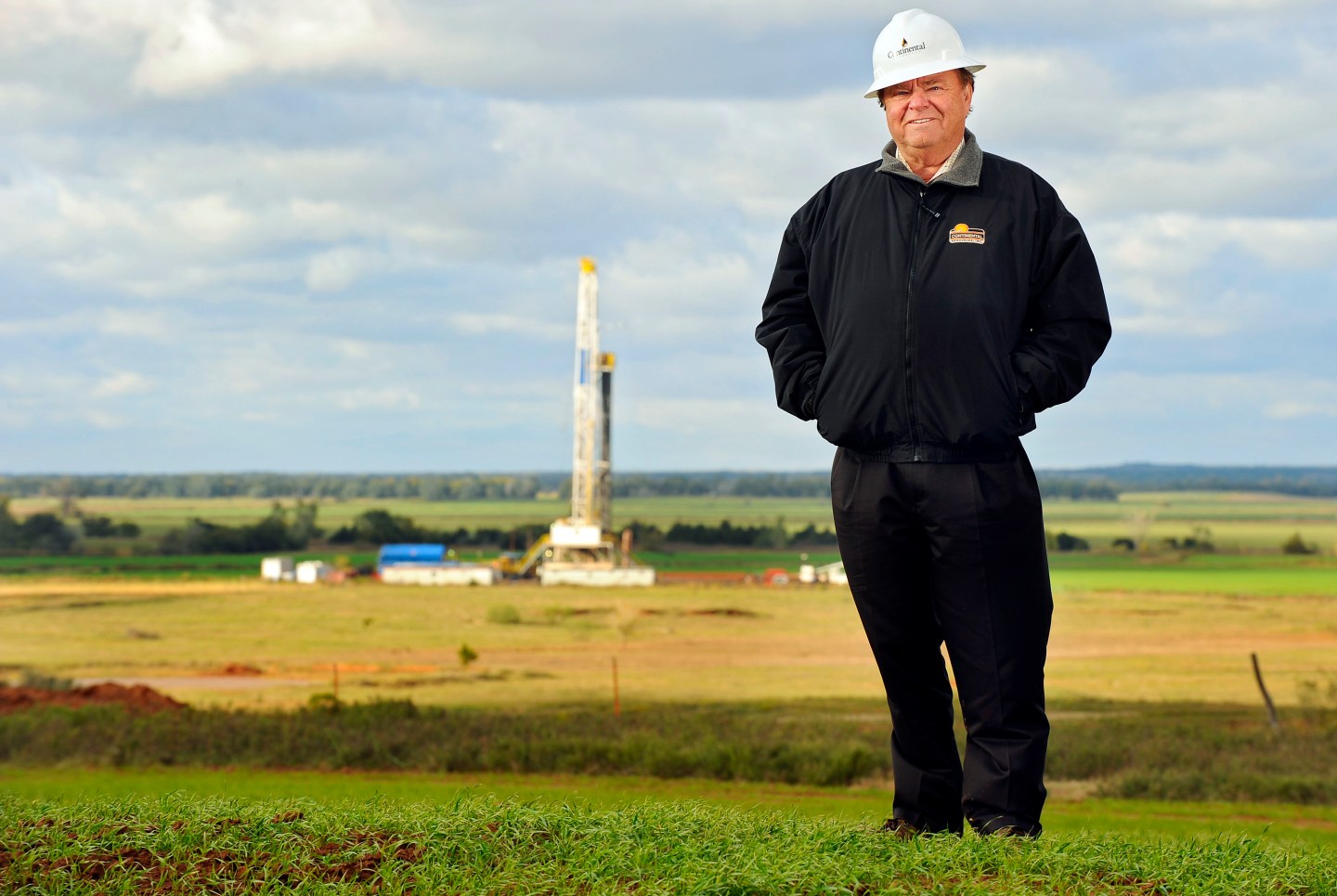 Donald Trump’s campaign has been anything but traditional, and his cabinet appointees likely won’t be much different.

Continental Resources CEO Harold Hamm is the “leading contender” for Trump’s energy secretary, Reuters reports. The role is generally filled by someone with a political or academic background, and Hamm would be the first to come directly from the oil and gas industry. He was also vetted in 2012 by then-Republican nominee Mitt Romney, but the candidate ultimately decided against him because they didn’t see eye to eye on renewable energy.

Hamm has been advising Trump on energy policy for the past few months, and appointing him would align perfectly with the candidate’s stance on energy, as well as that of his VP pick Mike Pence. As environmental activist Bill McKibben told Reuters, “Given that Hamm’s as close as we’ve got to a fracker-in-chief in this country, it would be an apropos pick for a president who thinks global warming is a hoax manufactured by the Chinese.”

Both Trump and Hamm want less regulation and more drilling. “Every time we can’t drill a well in America, terrorism is being funded,” Hamm said during his speech at the Republican National Convention on Wednesday night. “Every onerous regulation puts American lives at risk.” He added that if Trump were elected president, he would “release America’s pent-up energy potential, get rid of foreign oil, trash punitive regulations, create millions of jobs, and develop our most strategic geopolitical weapon: crude oil.” He didn’t mention the fact that U.S. crude has declined sharply over the past year, falling by 17%.

The oil and gas mogul also took aim at Hillary Clinton saying that she would “eliminate fossil fuel development in America, she would kill jobs, drive up gasoline prices, and increase oil imports from our enemies.” Clinton supports growing the solar industry.