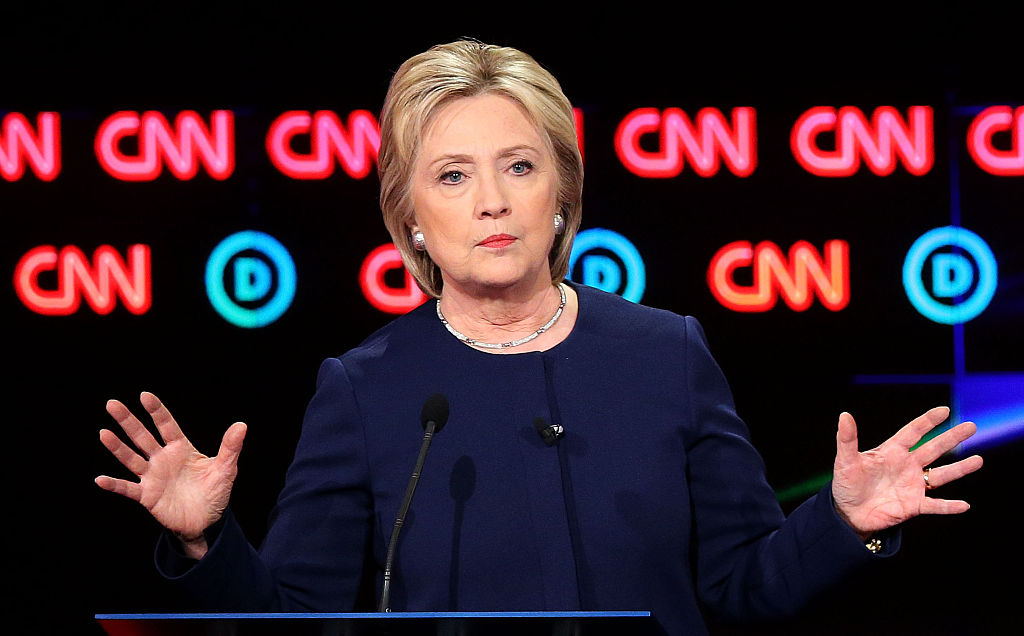 WASHINGTON (Reuters) – Hillary Clinton’s vow to regulate oil and gas fracking almost out of existence was met with skepticism Monday, failing to convince either industry or environment groups that she would – or could – end the controversial drilling practice if she becomes president.

The front-runner for the Democratic party nomination used a debate in Flint, Michigan on Sunday night to oppose fracking anywhere local communities were against it, wherever it polluted air or water, and whenever companies refused to disclose what chemicals they use in the process.

“By the time we get through all of my conditions, I do not think there will be many places in America where fracking will continue to take place,” she said.

But supporters and opponents of fracking dismissed her position as campaign rhetoric that would collide with the limited powers of a president to control an activity largely regulated at the state level.

Defenders of fracking said no president would try to put the brakes on a drilling technique that has flooded the U.S. with cheap oil and gas.

“Secretary Clinton’s answer is essentially campaign hyperbole, and meant to appease her environmental constituency,” said Bruce Bullock, director of the Maguire Energy Institute at Texas’ Southern Methodist University, in a blog post in the Dallas Morning News. “In reality, it has little substance to it.”

Green groups welcomed Clinton’s shift from her past support for fracking. But they also urged her to stop laying down conditions and caveats.

“Clinton will continue to struggle to convince climate advocates that she is serious about addressing the crisis until she comes out for a full ban on fracking,” said Yong Jung Cho, campaign coordinator of grassroots groups 350 Action.

As secretary of state, Clinton supported fracking as a way to reduce U.S. dependence on imported energy, and even led a push to spread shale extraction to allies in Europe to wean them off Russian gas.

Her pledge in Flint to curtail the practice followed the blunt declaration against fracking by Senator Bernard Sanders, her sole rival for the nomination. Sanders’ challenge has shifted some of Clinton’s positions in the campaign, and her statement on fracking now comes closer to wider Democratic party sentiment.

“Secretary Clinton has been pushed to the left by Senator Sanders,” said Kathleen Sgamma, vice president of government affairs at the Western Energy Alliance.

Sgamma said Democrats from President Barack Obama to Colorado Governor John Hickenlooper support fracking and the economic benefits its brings to many states.

“Sometimes things said in the heat of a debate are later wisely set aside when faced with the economic and national security consequences of shutting down the technique that unlocks huge domestic sources of energy that would otherwise have to come from Russia, Saudi Arabia and Iran,” she said.

The Clinton campaign said the candidate has previously criticized fracking when it clashed with local opposition.

“If a local government says no (to fracking), not here, they should be able to do that,” Clinton said during a campaign stop in Keene, New Hampshire last October.

But fracking for natural gas has also drastically reduced the amount of coal being burned to produce electricity, and has been mostly supported by the Obama administration.

“I believe wrapped in her strong statement is a pragmatic approach that recognizes the merits of natural gas as a bridge fuel in the process of decarbonization,” he said.

Clinton’s harder line did, however, delineate the clear differences between Democrats and Republicans on the issue. All Republican contenders have strongly defended fracking, leading Louis Finkel of the American Petroleum Institute to attack Clinton’s position as “a political stunt by those who are spouting populist rhetoric for political points.”

The importance of fracking to the American economy, he said, means the Democrats “are not being honest with American voters.”