End of an Era as Last VCR Maker Ends Production 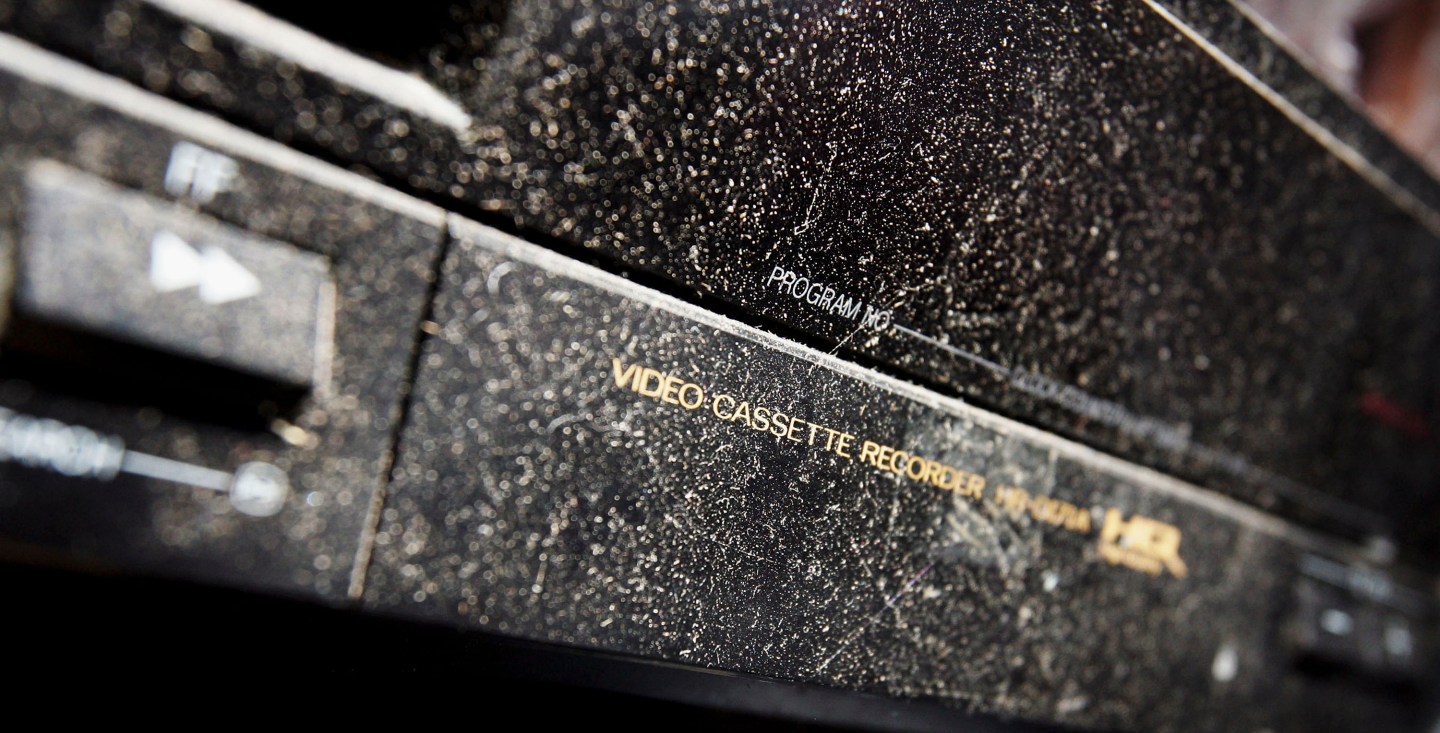 LONDON, ENGLAND - NOVEMBER 22: A dusty and obsolete Video Cassette Recorder (VCR) lies abandoned in a back room of a video repair shop November 22, 2004 in London. Dixons, the UK's largest electrical retail chain today announced that they will begin to phase out the sale of VCR's due to the popularity of Digital Versatile Disc (DVD) players. (Photo by Ian Waldie/Getty Images)
Ian Waldie Getty Images

It’s been almost two decades since the DVD arrived, sparking the long, slow decline of video cassette tapes. But the tape era is about to come to a final close.

The last maker of VHS-compatible video cassette recorders, Japanese manufacturer Funai Electric, says its going to stop producing the devices at the end of the month due to declining sales. Sony said it would cease production of video tapes in its Betamax format last year, 13 years after it stopped making compatible recorders.

The video cassette recorder burst onto the scene in the mid-1970s, sparking a major standards battle between Sony’s higher fidelity Betamax format and the lower quality but cheaper Video Home System, or VHS, format developed by JVC. The war raged for several years, as each side tried to convince consumers and Hollywood to favor its format, but by 1980, VHS had captured 80% of the market. Analysis of the battle, and why Sony lost, formed the basis of innumerable business school articles and remains a frequently cited lesson whenever a market has competing technological standards.

Hollywood had to get over its initial wariness of a machine that could record television programs without requiring any fees. Speaking at a congressional hearing in 1982, Jack Valenti, head of the Motion Picture Association of America, famously warned: “the VCR is to the American film producer and the American public as the Boston strangler is to the woman home alone.” He couldn’t have been more wrong, as consumers ended up spending billions to buy and rent copies of their favorite movies. By 1986, the $4.4 billion consumers spent buying and renting tapes exceeded the $3.8 billion they spent going to the movies at the theater.

But before the wave of dollars, the Hollywood studios tried to block the VCR in court via the case of Sony Corp. of America v. Universal City Studios. In one of the most important decisions for the future of entertainment, the Supreme Court ruled in 1984 that consumers had a right to tape copyrighted broadcasts for their own use and that companies that made the devices could not be held liable for possible infringements. Known as the Betamax decision, the ruling became the precedent that allowed all kinds of technologies to flourish.

The VCR went on to triumph, ultimately reaching 95% of American households in the 1990s. By last year, Funai sold less than 1 million, prompting the decision to quit.

DVDs arrived in 1997 but spending on buying and renting the plastic disks did not exceed video tape sales and rentals until 2002, according to figures compiled by the Digital Entertainment Group. By 2005, DVDs were outselling tapes 15 to one.

Still, there are some movies that never made the leap to DVD. Film aficionados with a hankering for the Beatles documentary Let It Be or the classic 1991 John Sayles political corruption drama City of Hope will be out of luck soon. So too fans of old classics like The Man In the Iron Mask starring Richard Chamberlain or The Mark of Zorro with Frank Langella. They may want to head over to Amazon.com quickly, where some of the last VCRs are still on sale, available for a paltry $50.