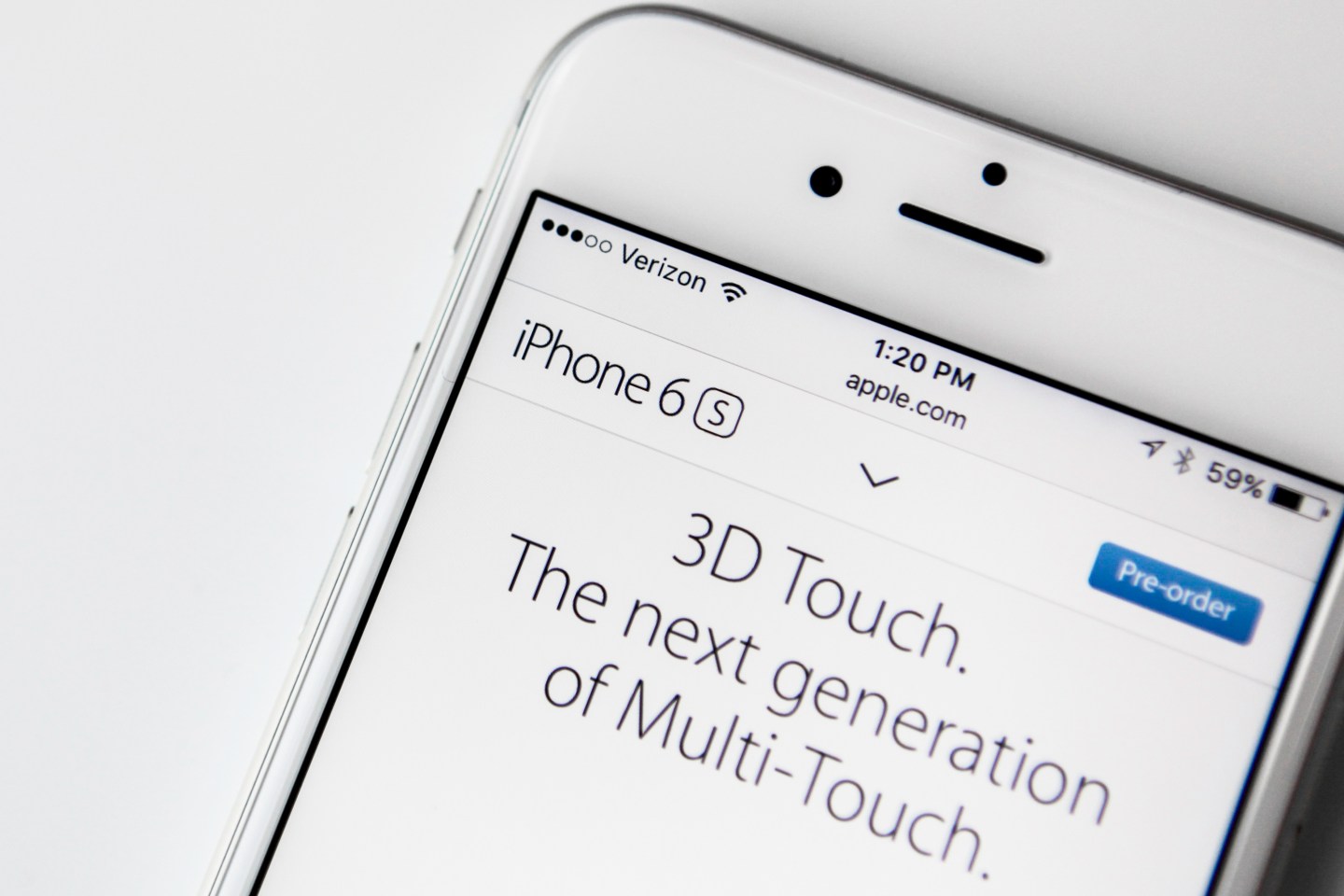 An Apple Inc. iPhone 6S smartphone is displayed for a photograph in New York, U.S., on Monday, Sept. 21, 2015. 3D Touch is a pressure-sensitive layer thats been added to the iPhone's display, allowing you to access shortcuts and previews when you press down on an icon or link. Photographer: Chris Goodney/Bloomberg via Getty Images
Photograph by Chris Goodney — Bloomberg via Getty Images

Your smartphone screen is about to get a lot stronger.

Corning (GLW) on Wednesday unveiled the latest iteration of its Gorilla Glass screen technology. Dubbed Gorilla Glass 5, the glass cover is capable of survive a drop of 5.2 feet up to 80% of the time when it spills onto a rough surface, the company says. It claims that its technology is “up to four times better” than other glass designs and a dramatic improvement over its currently available glass technology, Gorilla Glass 4.

Corning’s technology is designed to create a more rugged mobile device screen. While the technology was actually developed by Corning a decade ago, it started to hit its stride when touchscreen-based smartphones started hitting store shelves. Soon after, users were dropping their devices and smashing their screens. Gorilla Glass aimed at reducing chances of screen damage when a device is dropped.

The key to success for Gorilla Glass is two-fold: Height and surface. Dropping an iPhone on a soft surface at a tall height likely won’t cause damage. However, drop it on a concrete floor from too high up and users might be looking at a seriously damaged screen. Corning’s Gorilla Glass iterations, therefore, have focused on rough surfaces, but also on improving the height at which a device could be dropped and its screen remain intact. Gorilla Glass 4, which was unveiled in 2014, for instance, had an 80% effectiveness rate at 3.28 feet.

Boosting the technology’s height to more than five feet is critical, Corning says. The company cited by a third-party survey from research form Toluna, which found that 85% of people have dropped a phone at least once in the last year and 55% have dropped it more than three times. Most importantly, more than six in ten of those falls have occurred between shoulder and waist height—about where Gorilla Glass 5’s ceiling is on many Americans.

Still, Corning acknowledges even with its 80% success figure that a device equipped with Gorilla Glass 5 won’t always survive a nasty five-foot fall. That, of course, creates the need for cases that help protect against additional damage.

For more about Corning, watch:

Regardless, Gorilla Glass is doing well: Since its launch, the technology has been used in more than 4.5 billion devices worldwide and on more than 1,800 product models across 40 brands.