Montel Williams Slams Bill O’Reilly For Calling Him a “Coward” 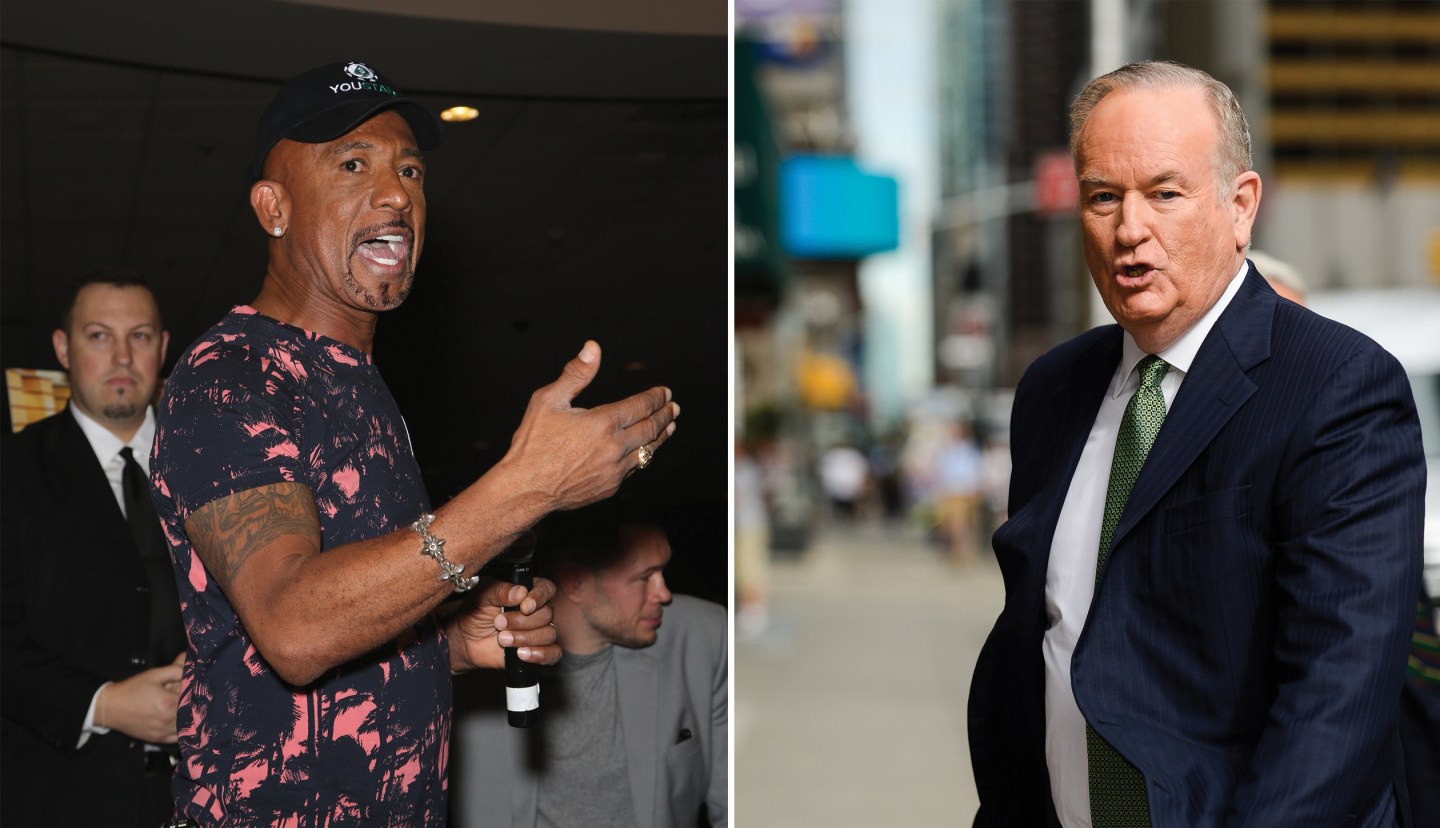 On Wednesday, the talk show host was set to appear on The O’Reilly Factor from the Republican National Convention in Cleveland, Ohio, but walked out right before the segment began.

Upon hearing the news, O’Reilly, 66, called Williams a “coward” on-air and claimed that his guest “walked out in a huff … and the producer tells me he was mad about some gay thing.”

“He will never be never be on this program again,” the Fox News host continued. “He’s not a man of his word, he’s unprofessional. That is about as low as it gets.”

It didn’t take long for Williams, 60, to offer up his own explanation as well as sharing a few thoughts of his own about O’Reilly. He took to Twitter to write a series of tweets and a video on Periscope bashing the Fox News host and calling him the coward, “Bill calling me a coward is laughable. The guy who didn’t serve but lied about his war reporting?”

For more on RNC, watch this Fortune video:

He explained in the two-minute video that he initially agreed to be on O’Reilly’s show, but changed his mind when producers switched topics on him at the last minute. Williams claims he was told by O’Reilly’s team that his interview would focus on a speech he gave earlier in the day about LGBT rights as well as a recent poll suggesting President Barack Obama is a racist, but it was switched up right before he was set to go on.

“This is the first time I have not done an interview that I was scheduled to do, probably in the last five years,” Williams said in the video. “That does not bring O’Reilly’s show to a screeching halt. It should not have even affected Bill.”

“The word coward is usually used on people who have done most of the things that you’ve done, like embellishing lies about your credentials as a journalist, like the fact that your own daughter in a testimony in a court case … said that you dragged your ex-wife down a flight of stairs,” he continued. “You wanna talk about coward, homeboy? … That’s what a coward truly is, somebody who’s going to call somebody a name on air and not even to their face. I’m calling you one now, so the whole world can see it. We know who the coward is.”

“Leave me alone,” Williams added. “You don’t want me on your show anymore? … I don’t care.”