Republicans Are Rallying Around Their Mutual Hatred of Hillary Clinton 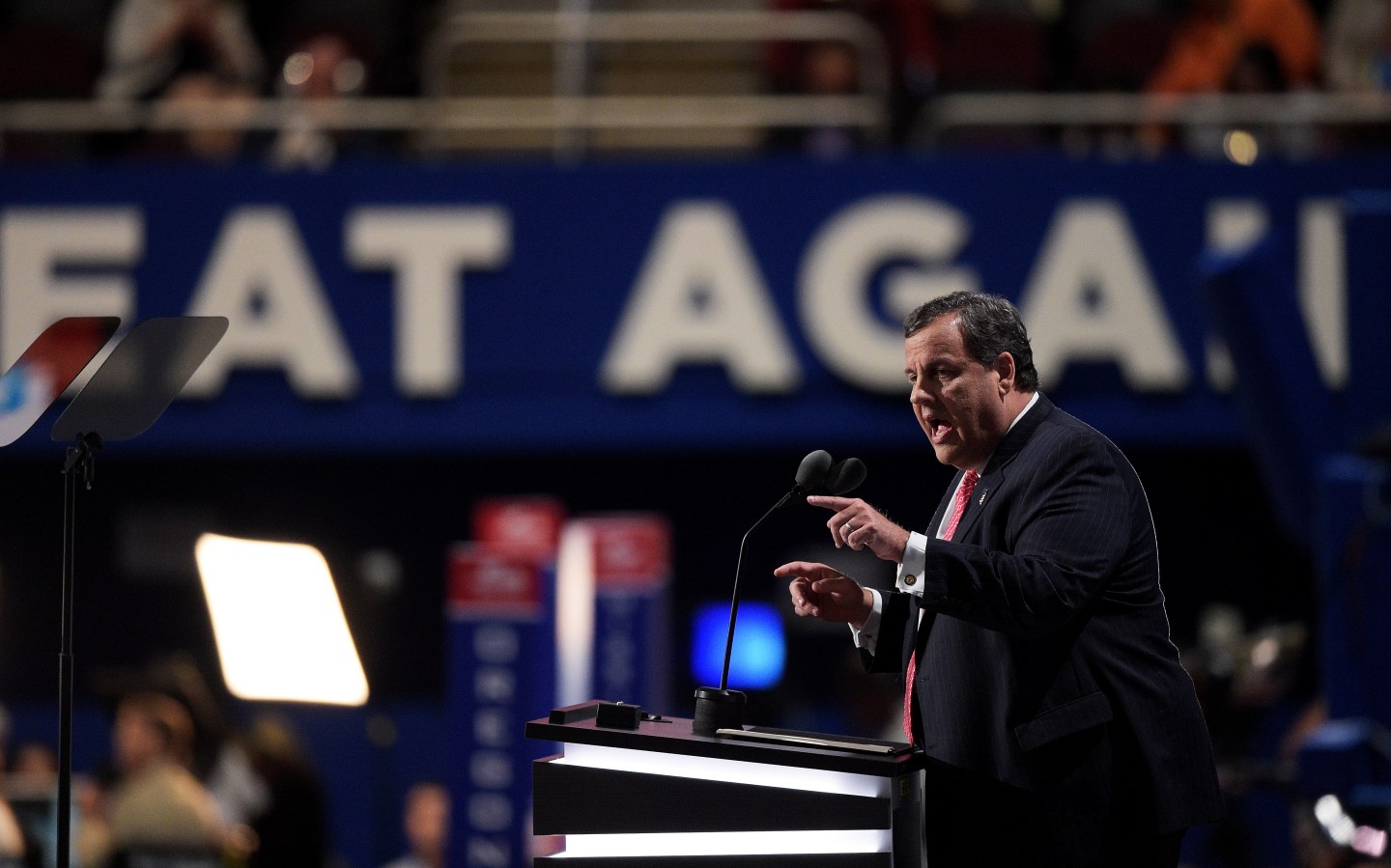 CLEVELAND, OH - JULY 19: New Jersey Gov. Chris Christie delivers a speech on the second day of the Republican National Convention on July 19, 2016 at the Quicken Loans Arena in Cleveland, Ohio. Republican presidential candidate Donald Trump received the number of votes needed to secure the party's nomination. An estimated 50,000 people are expected in Cleveland, including hundreds of protesters and members of the media. The four-day Republican National Convention kicked off on July 18. (Photo by Jeff Swensen/Getty Images)
Photo by Jeff Swensen/Getty Images

Liar. Lucifer. Lock her up.

Republicans may have mixed feelings about nominating Donald Trump for president, but one thing they can all rally around is a deep dislike for Democrat Hillary Clinton.

Convention speakers have “prosecuted” Clinton at a mock trial, accused her of being a serial liar and even linked her to the Devil himself. Throughout the campaign, Trump has reveled in referring to his opponent as “Crooked Hillary.”

The attacks are an echo of the 1990s when conservatives denounced President Bill Clinton as the chief executive dealt with scandal and impeachment.

The most blistering assault at the GOP convention came Tuesday night when New Jersey Gov. Chris Christie took on the role of prosecutor and put Clinton on trial “for her performance and her character.” The audience responded with chants of “Lock her up! Lock her up!”

But others have piled on. Senate Majority Leader Mitch McConnell told the crowd scandal follows Clinton and former President Bill Clinton “like flies.”

Manafort even tried to blame Clinton for the controversy over Melania Trump lifting passages of her convention remarks from a speech that Michelle Obama delivered in 2008.

“For people to try and disparage that speech and say that it was something that it wasn’t is once again politics,” he told Fox News. “It’s Hillary Clinton once again feeling threatened by a woman and trying to destroy the woman and demean her as a way of positioning her own fate.”

Perhaps the wildest attack on Tuesday came from former GOP presidential candidate Ben Carson, who told the crowd that one of Clinton’s “role models” — community activist Saul Alinsky — “acknowledges Lucifer” in a 1971 book.

“So are we willing to elect someone as president who has as their role model somebody who acknowledges Lucifer?” Carson said. “Think about that.”

Clinton wrote a college thesis about Alinsky and has said she agreed with some of his opinions on social change, but disagreed with his view that the system could only be changed from the outside.

Some Republicans are wary of going too far. Arizona Sen. Jeff Flake, one of the more prominent Trump skeptics, Tweeted late Tuesday: “@HillaryClintonnow belongs in prison? C’mon. We can make the case that she shouldn’t be elected without jumping the shark.”

Bill Pickle, a talk radio host and South Carolina delegate, expressed frustration at what he called “name calling and childish behavior” among some of the speakers.

“I personally hate, I mean hate, all of the negativity,” Pickle said. “What happened to professionalism, manners and humanity in our politicians and citizens?”

But attacking Clinton may be the most effective tactic with polls showing high unfavorable ratings for both candidates. An Associated Press-GfK poll this month found that three-quarters of voters say their pick for president is motivated by a desire to cast their ballot against Clinton or Trump.

Manafort told reporters at a convention briefing that anger was not the tone of the convention but acknowledged it “may be an undertone.” He defended the “Lock Her Up!” chant, saying it “probably reflects the attitude of a lot of people in America.” The chant is popular among Trump supporters who say Clinton should have been prosecuted over the email issue.

“They don’t understand why justice wasn’t done,” he said. “Frankly, that plays right into the narrative of why things need to change in Washington, because there’s special justice for some and it’s not equal justice.”

FBI officials called Clinton’s email practices “careless,” but the Justice Department announced earlier this month there was not enough evidence to charge her with a crime.