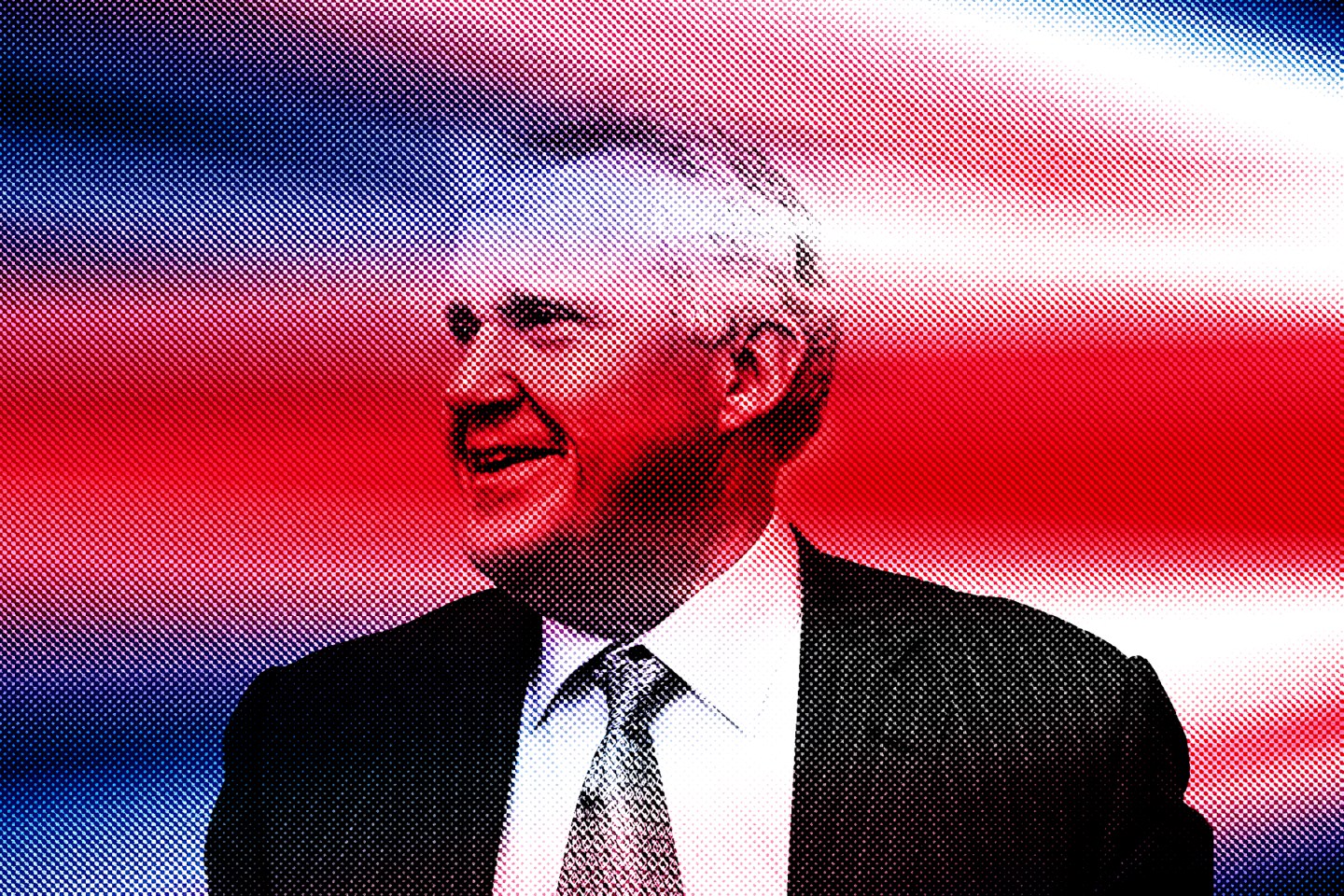 Jeffrey "Jeff" Immelt, chief executive officer of General Electric Co. (GE), speaks during the Minds + Machines digital industry event in Paris, France, on Tuesday, June 14, 2016. Oil extended declines from the lowest close in more than a week amid signs that crude near $50 is triggering resumption of drilling in the U.S. and Canada. Photographer: Christophe Morin/Bloomberg via Getty Images
Eric Piermont—AFP/Getty Images

Britain’s decision was a setback for the global economic order. Here’s how GE plans to keep growing in a protectionist world.

The results of the U.K. referendum on Brexit have caught the markets and many globalization observers by surprise. They shouldn’t have. The belief that governments and big institutions just don’t work and the rise of populism and protectionism have been gaining momentum for quite some time.

We live in a world that is volatile, and the economy is uncertain. Economists have lowered global growth projections every year since 2010. The value of government bonds with negative yields has surpassed $12 trillion in the wake of the U.K. vote. There is geopolitical unrest, and Europe in particular has been rocked by fragmentation and has struggled to grow. The recent wave of terror attacks has exposed security challenges. While I believe in the European Union, it’s tough for me to see how Brussels can drive growth.

Europe is not alone. Populist pressures are rising everywhere. China—long the engine of global growth—is actively promoting Chinese commercial interests at home and abroad. Elsewhere in Asia, the Middle East, and Africa, we have seen a steady increase in trade and investment barriers. Many people feel that the global trading system is failing them. Some workers have been displaced by outsourcing, and income inequality has risen to unacceptable levels. As technology and globalization race forward, people understandably fear their impact on jobs and incomes and distrust the motives of companies and government.

Check out “Choose Your Own Brexit Adventure” for more.

Brexit isn’t the outcome we wanted. But the decision by voters in the U.K. isn’t necessarily an outlier. In the U.S., we are having a raucous presidential election, one in which every candidate is protectionist. Globalization is being blamed for unemployment and wage inequality everywhere. There is a general sense that this must be somebody else’s fault and that addressing it by improving competitiveness is not an option.

This is the main point for businesses: These are new realities, not merely cycles. We must adjust to a slower-growth world, hemmed in by populism and protectionism. The anti-free-trade sentiment will not be resolved by one election or one leader. So what is the future of globalization? What is the future of Europe and the U.K.? Business leaders must answer these questions on their own.

“The real lesson from Brexit goes beyond populism. We are witnessing the failure of bureaucracies in large institutions.”

Flexible thinking is required. Going forward, it is safe to say that trade deals will be very difficult without U.S. leadership. Every country wants more jobs and will seek its own advantage. The globalization I grew up with— based on trade and global integration—is changing.

It is time for a bold pivot. Not away from global engagement—GE (GE) has $80 billion of revenue outside the U.S., so global growth is critical to our success. But in the face of a protectionist global environment, we can no longer rely on governments to drive expansion; we must plan to navigate the world on our own.

For more on Brexit, watch this Fortune video:

We will localize. In the future, sustainable growth will require a local capability within a global footprint. GE will always be a strong American manufacturer, but we have also built 420 factories around the world, giving us tremendous flexibility. We used to have one site to make locomotives; now we have multiple global sites that give us access to multiple markets. We are not pursuing low wages; we are using a manufacturing strategy to open markets. A localization strategy can’t be shut down by protectionist politics.

Sometimes businesses can drive change faster than governments. It is tough to hate a company that is creating jobs. Our revenue outside the U.S. has grown sixfold since 2000, and we expect that to continue.

Businesses can also have a unique impact on society. Two years ago we opened a business process outsourcing center in Saudi Arabia that will employ 3,000 women and is led by a woman. Our vision was to tap into a pool of talented Saudi women to support our activities in 50 countries. The center is growing and competing globally.

Europe and the U.K. still matter. Our plans include growth in and from Europe. We have never viewed Europe as “one region”— nor do we let Brussels define our thinking about what is possible.

Despite the Brexit referendum, the U.K. remains an important market for GE. We have 22,000 highly skilled employees leading our businesses there. There is a sense that a more dynamic country could emerge from this event, and we will want to be a part of this turnaround. We recently opened the world’s most efficient combined-cycle power plant in France, powered by a gas turbine built in our French factory. We believe that Europe could lead in the industrial Internet, unlocking growth and productivity.

Europe has a unique opportunity to grow exports because its manufacturing costs are increasingly competitive. The financing provided by export credit agencies in Europe offers another advantage. The U.S. is moving backward, without trade deals and with its own Export-Import Bank hamstrung by Congress. With more meaningful reform, EU members could fill this void.

What globalization means. We tend to think of globalization as a philosophy, but it is much more about what you do on the ground. Success requires hundreds of little things, and decisions made with a local context. Good global leaders have an appreciation for how people do their work in a local culture. They try to make a team’s work meaningful to their country. This approach allows GE to hire the best talent in every country where we compete.

For me, here’s the real lesson from Brexit: It goes beyond populism, beyond the fact that people are angry. We are witnessing the failure of bureaucracies in large institutions. Unrest is caused by a lack of leadership. People become afraid when there is no vision for growth. People become discouraged when their leaders don’t want to compete for the future. People become victims when leadership fails.

The future will be created by leaders who see the world as it is and are willing to drive change. Change will also require simpler organizations and new business models that are leaner, faster, more decentralized. I tell my colleagues at GE to stay calm, to not wallow. We can either dwell on the politics or move forward with solutions. I say, let’s go!

Jeff Immelt is chairman and CEO of GE. Parts of this essay were adapted from an address to graduates at New York University’s Stern School of Business.

A version of this article appears in the August 1, 2016 issue of Fortune with the headline “After Brexit, Global Is Local.”