What Does the Future of Fox News Look Like Without Roger Ailes? 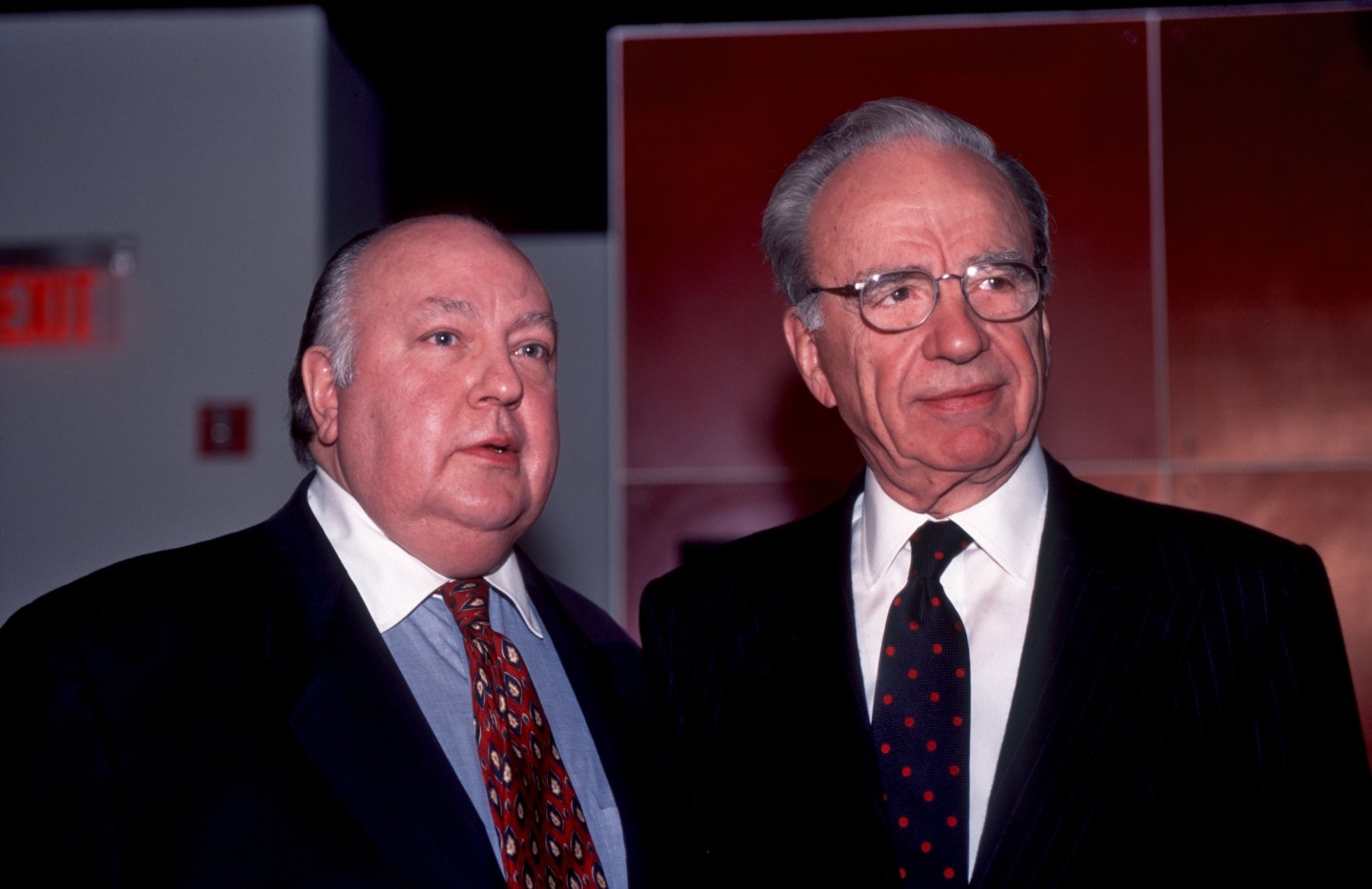 It was a scene rich with irony: The news that Roger Ailes was about to be forced from his job at the top of the Fox News network hit on Tuesday afternoon, just as Donald Trump was accepting the Republican Party’s nomination for president. And the first announcement that Ailes was on his way out came from The Drudge Report, a conservative-leaning site with ties to both men.

That original Drudge alert and a related tweet have since disappeared, and multiple outlets are reporting that the Fox News chairman is currently negotiating with the company—as well as its parent 21st Century Fox, and controlling shareholder Rupert Murdoch—about the terms of his eventual departure.

Trump is officially becoming the Republican Party nominee on the same night that Fox News seems to be imploding. Can’t script this.

Despite all the machinations, which seem to revolve mostly around how much Ailes will be paid and whether he will admit wrongdoing, there seems little doubt that Ailes is headed for the exit at some point fairly soon. The question that raises, however, is: Then what?

According to both the Financial Times and Murdoch biographer Michael Wolff, much of the pressure to get rid of Ailes quickly is coming from Murdoch’s sons James and Lachlan, who are CEO and co-chairman of 21st Century Fox respectively. Both are said to have had a fractious relationship with Ailes, and James, in particular, has been trying to force him out of the company for some time.

The young Murdochs may well get their wish as a result of the torrent of harassment allegations triggered by former Fox host Gretchen Carlson’s recent lawsuit against Ailes. But getting rid of him also leaves the Murdochs and 21st Century Fox with an existential question: What does Fox News look like without the man who founded and almost single-handedly ran the network for the past 20 years?

This isn’t just an academic question. Fox News is routinely criticized by media insiders and left-leaning observers for the quality of its commentary and the right-wing nature of some of its hosts, but the reality is that it is also a huge cash machine, and has been almost since its inception.

According to some estimates, Fox News produces more than $1.5 billion in profit for 21st Century Fox, four times what CNN makes and about 20% of the company’s overall profit. It has been the top-ranked cable channel in terms of audience for more than a decade and a half. At a time when television news is seen by many media companies as a loss leader or a depreciating asset, Fox News is a gigantic success.

So what happens when the guiding intelligence behind that success disappears—a man who was such a control freak that he personally negotiated the details of contracts with on-air hosts and routinely called the control room at Fox to complain about the tone of the discussion? “He is Fox News,” former Fox commentator Jane Hall said several years ago. “It’s his vision. It’s a reflection of him.”

Lack of obvious successor sign of declining media landscape. There isn't one for a lot of big media cos. Murdoch brothers notwithstanding

One risk is that Ailes will take at least some of the network’s high-priced talent out the door with him when he leaves. According to the FT, hosts such as Bill O’Reilly, Greta Van Susteren, and Sean Hannity have clauses in their contracts that could allow them to quit if Ailes is no longer chairman and CEO of the network.

Even if that doesn’t happen, who is going to take the helm and guide Fox News into the next decade? Ousting a man who is 76 years old—not much older than average age of a Fox viewer, coincidentally enough—may provide the Murdochs with an opportunity to re-shape the network in ways that appeal to a younger audience. But it could also mean that the cash machine runs off the rails.

This year more than any other, Fox has been riding high in both viewer numbers and revenue, thanks in large part to Donald Trump and his circus act of a campaign. But cable as a whole is still in long-term secular decline, cord-cutting threatens the future of core channels like Fox, and the network has a weak following among the under-54 audience group that may well be irreversible.

Ailes famously rose from obscurity in Ohio, the son of a factory worker, to become a TV producer during the Golden Age of broadcasting, and eventually became a senior media advisor to Republican luminaries such as Richard Nixon, Ronald Reagan, and George Bush. All of that helped him make Fox News into a literal representation of the id and ego of conservative America.

Who will be able to do that for a new generation of Fox viewers? It’s not clear what the young Murdochs have in mind once they succeed in ousting Ailes, but they may have just handed themselves an impossible assignment: Find a brilliant producer who wants to run a huge network but can also fundamentally reshape a dying medium for a new audience. If they can’t, the best days of Fox News could be behind it.