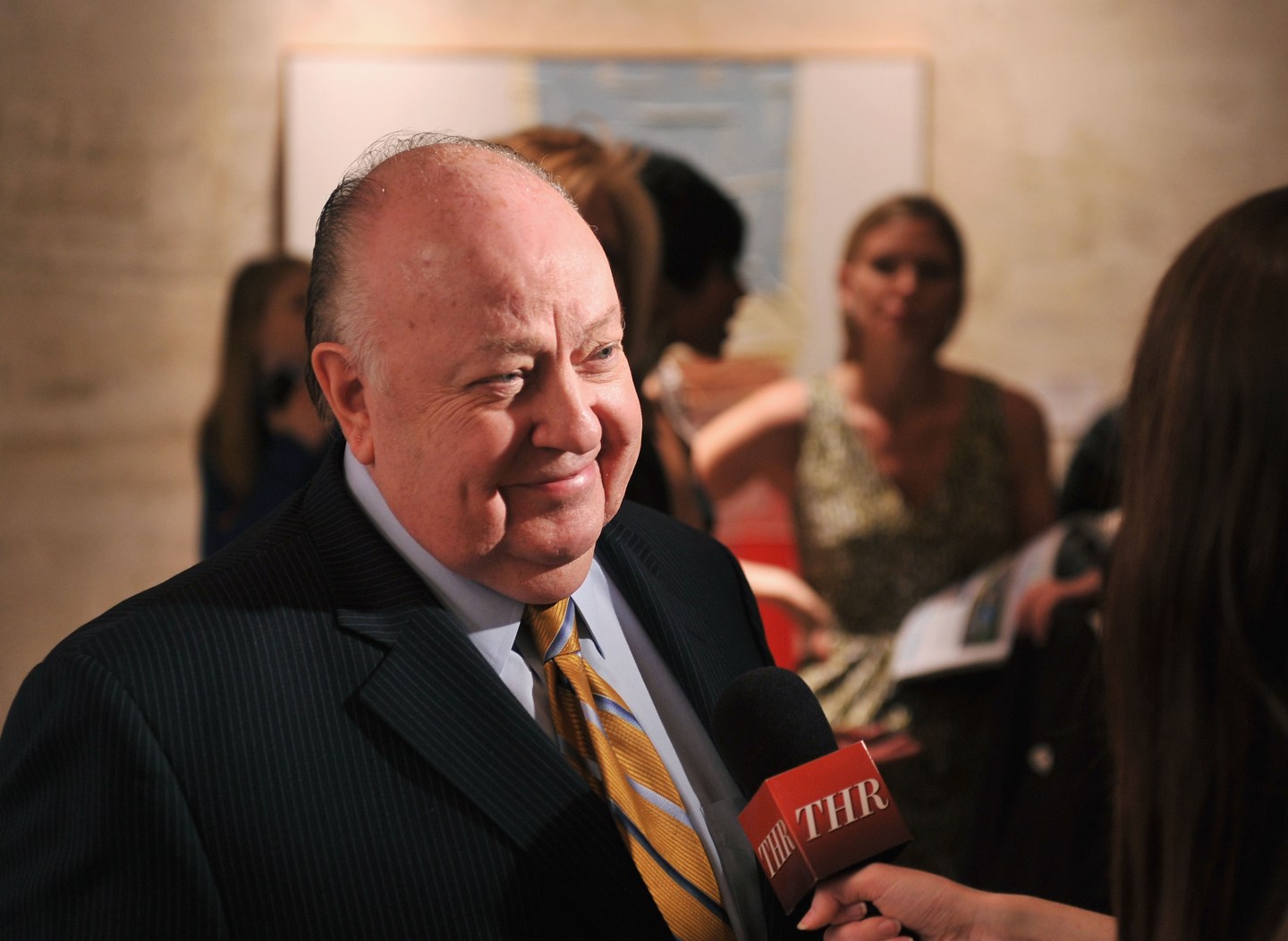 Roger Ailes, the chairman and CEO of Fox News, is apparently being forced out of the conservative-leaning network that he co-founded following sexual harassment allegations by a number of prominent correspondents and former anchors at Fox, including Gretchen Carlson and Megyn Kelly.

The network initially confirmed to The Daily Beast on Tuesday afternoon that Ailes would be leaving Fox, but then walked back that confirmation later and said that the allegations were still under review. “Roger is at work. The review is ongoing. The only agreement that is in place is his existing employment agreement,” the company said in a statement on Twitter.

A post at the news website Drudge Report, however, said that the Fox chairman is on his way out and stands to receive as much as $40 million as part of a settlement. That post and a related tweet have since been removed.

A number of other outlets, including National Public Radio and Variety magazine, also said that anonymous sources at the conservative network confirmed that Ailes was out. CNN quoted a senior network source as saying the chairman was on his way out, but that the final papers hadn’t been signed. “There is no deal,” Ailes’ lawyer told the network.

Whenever it actually takes place officially, there have been signs that Ailes is headed for the exit at Fox, and not of his own accord. The latest came in a New York magazine report by Gabriel Sherman, author of an unauthorized biography of Ailes, who quoted multiple sources as saying the network kingpin was being forced out by 21st Century Fox CEO James Murdoch, son of News Corp. founder Rupert Murdoch.

The final straw for Murdoch and his brother and co-chairman Lachlan seemed to be the multiple reports of sexual harassment and misconduct that came through the company’s review of the initial allegations. Among the most prominent was an allegation by Fox star Megyn Kelly that she had been sexually harassed by Ailes on a number of occasions while she was a young correspondent at the network.

According to Sherman, the Murdochs gave Ailes an ultimatum at some point this week: Resign willingly by Aug. 1, or face the possibility of being publicly fired.

Hearing Ailes is huddled with advisers in "full on crazy mode." He's furious that Megyn Kelly is now being credited with his ouster

The sense that the Murdoch sons might not be standing firm in their defense of Ailes increased when it was reported that 21st Century Fox had released its staff from any non-disclosure agreements they may have signed as part of their employment. Lawyers for Gretchen Carlson had said they were having difficulty getting people to discuss potential harassment because of those agreements.

The beginning of the end for Ailes came earlier this month, when Carlson filed a sexual harassment lawsuit alleging a pattern of abuse on the part of the network head. Among other things, she quoted Ailes as saying “I think you and I should have had a sexual relationship a long time ago.”

Carlson also accused him of failing to take her complaints about the sexist behavior of other Fox staffers seriously. Since she came forward, a number of other former correspondents at the network have also alleged sexual harassment by Ailes, dating back decades. Ailes has denied all of the allegations.

You have to wonder, if Ailes had gone down a year earlier, would we be talking about Trump as the nominee right now?

If he leaves the network, the departure of its guiding intelligence, a man who has led the company for almost two decades, will undoubtedly change Fox News significantly. And that change will have ripple effects throughout the conservative movement in the U.S., a movement Fox and Ailes were seen as being intimately connected with, if not actually in charge of.

Ailes helped create Fox in 1996 and became its first CEO, and the cable channel has been the number one rated network for a decade and a half. It has helped create conservative stars such as Bill O’Reilly, and it has been a consistent profit center for owner 21st Century Fox and its predecessor, News Corp.

A number of hosts including O’Reilly are said to have contracts that allow them to leave the network if Ailes does, and Drudge was reporting Tuesday night that O’Reilly, Greta Van Susteren and several other hosts were meeting to plan a walkout in support of Ailes.

The Fox chairman’s influence was so broad and far-reaching that some believe he helped Donald Trump win the Republican nomination. Ironically, news of his ouster appeared during the Republican convention where Trump will receive that honor, and it appeared initially on Drudge Report, a site that is seen as being an integral part of the same right-wing media circle Ailes reigned over at Fox.

In the early days of the Trump campaign, media-watchers pondered the impact that Ailes and Fox might have by dismissing the candidate and publicly feuding with him via Twitter, in part because of his repeated attacks on host Megyn Kelly. Others gave Fox credit (or blame) for fueling Trump’s campaign despite their occasional bickering over the debates and other topics.