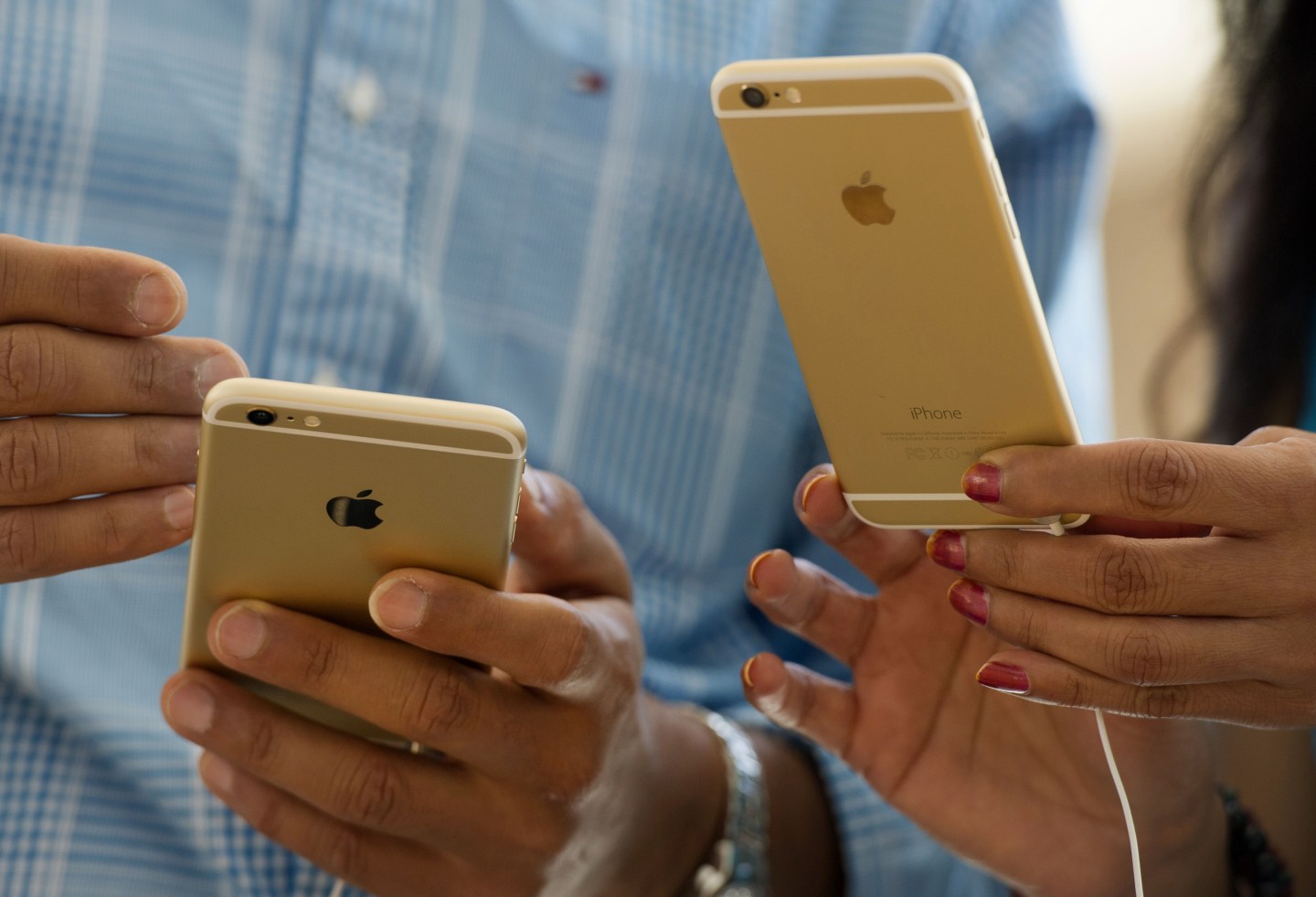 Customers compare an Apple Inc. iPhone 6, left, and iPhone 6 plus during the sales launch at an Apple store in Palo Alto, California, U.S., on Friday, Sept. 19, 2014. Apple Inc.'s stores attracted long lines of shoppers for the debut of the latest iPhones, indicating healthy demand for the bigger-screen smartphones. The larger iPhone 6 Plus is already selling out at some stores across the U.S. Photographer: David Paul Morris/Bloomberg via Getty Images
Photograph by David Paul Morris — Bloomberg/Getty Images

One of Jack Abraham’s goals when he founded his startup Milo back in 2008 was helping bridge the gap between brick and mortar retailers and online search. His site, which he sold to eBay in 2010 for $75 million, told shoppers whether the products they wanted were available at local stores like Best Buy and Target.

After leaving eBay in 2013, Abraham still wanted to fill the gap from online to offline shopping, and on Tuesday, he revealed his next startup, Zenreach. It gives brick and mortar retailers and merchants the ability to track return customers in their stores and send them marketing messages

Zenreach, which has been in developing in secret for the past three years, has also raised $50 million in funding from Peter Thiel’s Founders Fund, Formation 8, Bain Capital and First Round Capital. Thiel also sits on Zenreach’s board.

As Abraham explained to Fortune, “The majority of consumer’s time is being spent online, yet over 90% of purchasing still happens at brick and mortar stores.” Zenreach is attempting to help retailers by giving them more information about their repeat and loyal customers. How? Through Wi-Fi in these merchants’ stores and restaurants. “It’s similar to how Starbucks has Wi-Fi in their stores,” he added.

Zenreach’s retail customers plug in a device in their stores to provide Wi-Fi for shoppers. When people log into the free Wi-Fi, they are asked to enter their email addresses to opt into being contacted by the merchant with offers for discounts or other deals. Zenreach then automatically builds customer lists from these emails and tracks when these customers return to the store. Abraham says that Zenreach also provides the email addresses to merchants so they can contact customers directly, and learn which customers are repeat customers.

Abraham said that Zenreach has a number of retailers and merchants as customers including the Brixton Restaurant in San Francisco. He declined to reveal other customers. Over one third of the city’s population of over 800,000 people have logged into Wi-Fi through Zenreach’s customers, Abraham claimed.

Of course, many other companies are trying to help brick and mortar merchants with email marketing and loyalty, including payments company Square as well as Euclid Analytics. There are some privacy concerns with collecting users information in stores, but Abraham said that users opt-in to this when they agree to the terms and conditions for the Wi-Fi access.

But Abraham is optimistic by the “explosive growth” of Zenreach over the past year without providing any financial details.