UnitedHealth Just Posted Double-Digit Percentage Gains for This Past Quarter 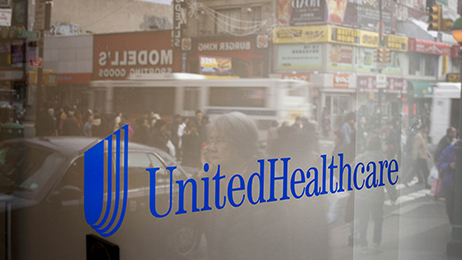 Revenue from the company’s Optum business, which manages drug benefits and offers health care data analytics services, rose 51.5% to $20.6 billion for the quarter.

UnitedHealth which also sells employer-based insurance as well as Medicare, Medicaid, and Obamacare health plans, is the only large insurer not involved in one of the major consolidation deals under review by antitrust regulators.

In April, the company confirmed it would largely exit the Obamacare market in 2017, as it was expecting mounting losses from the program.

Losses from the Obamacare plans continued to weigh on UnitedHealth’s insurance business in the second quarter, bringing its operating margin down by 90 basis points from last year.

The company’s total medical care ratio, the percentage of premium an insurer spends on claims and improving health care quality, rose by 30 basis points to 82% on increased costs related to the Obamacare plans.

On an adjusted basis, the company earned $1.96 per share, well above the average analyst estimate of $1.89, according to Thomson Reuters I/B/E/S.