Here’s How You Can Use Bitmoji Inside Snapchat 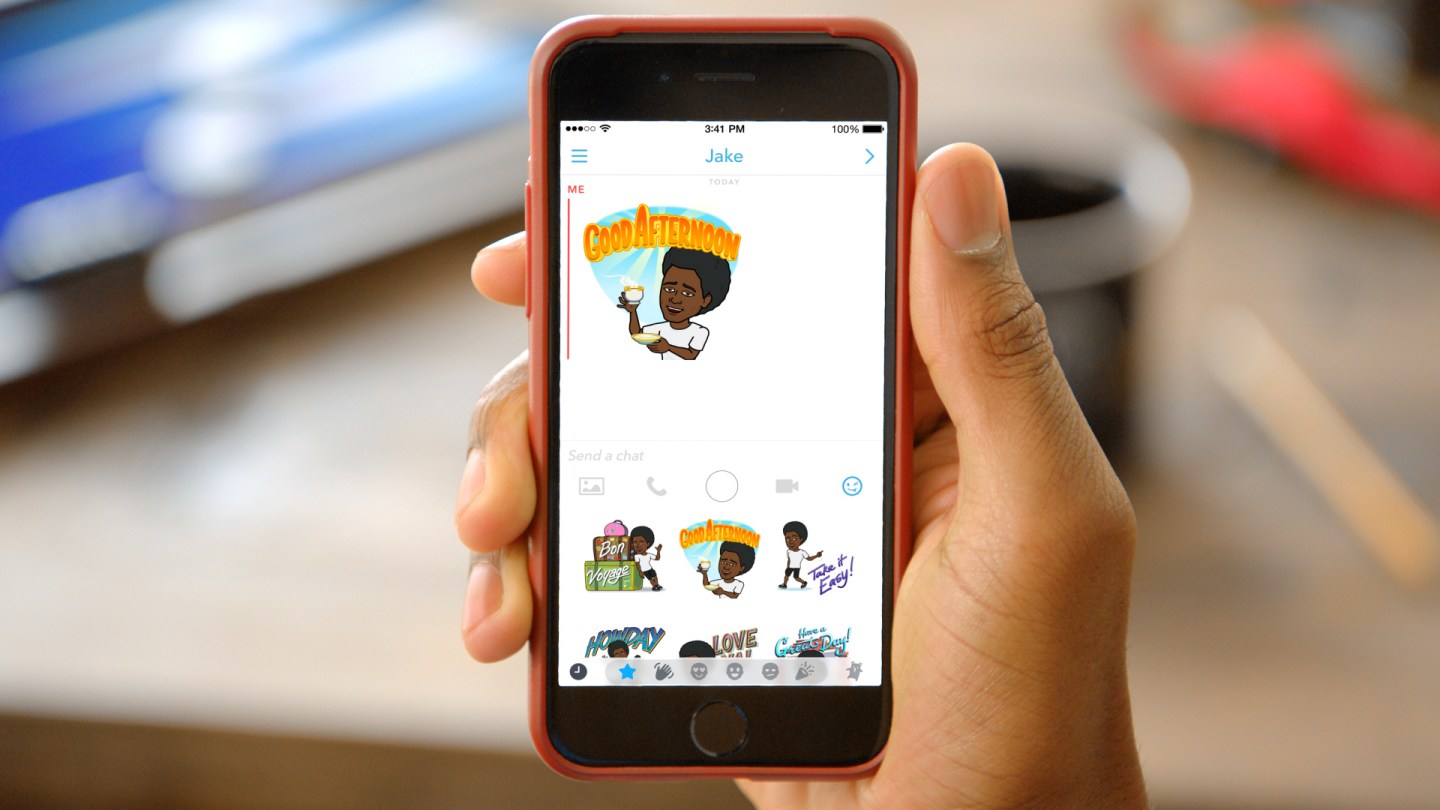 It has finally incorporated Bitmoji, from its acquisition a few months ago of its maker, Bitstrips, so that users can add cartoon images of themselves smirking or dressed as a famous character to their photos, videos, and Snapchat conversations. Now, Snapchat users can copy their Bitmoji characters and use them to decorate their photos and videos, and send them via the app’s chat.

This is far from Snapchat’s first acquisition, but this one is playing out differently from the others. For one, the Bitmoji app is still available as an independent app, and Snapchat has currently no plans to kill it after folding it into its main messaging service—as the company has done with most everything it has bought. This actually makes sense: Bitmoji has an active user base already—why eliminate it—and it keeps the process of creating and customizing the avatars outside of Snapchat’s own app. Snapchat has already added a number of features and sections to its main service, and adding more would make it more complicated.

Additionally, the Bitstrips team will continue to be based in Toronto instead of moving to Snapchat’s office in Venice, Calif. Snapchat declined to comment on whether other acquisitions have had to move to Venice, but given the company’s insistence that employees outside of its media office in New York City move, this is notable.

Snapchat also declined to comment on whether Bitstrips CEO Jacob “Ba” Blackstock is working on other projects at Snapchat. Blackstock is the original creator of the avatars, and a potentially valuable creative force for Snapchat. Moreover, Bitstrips’s website, where people could previously create comic strips with the avatars, has recently been shut down. It could be because it would be too disconnected from Snapchat’s own product, but it could also be to let the team focus on new projects.

Snapchat, which now has more than 150 million daily active users, says that Bitmoji will evolve in coming months, so users will have to stay tuned to find out the answers.