How Goldman Posted Strong Numbers Despite a ‘Challenging’ Revenue Backdrop 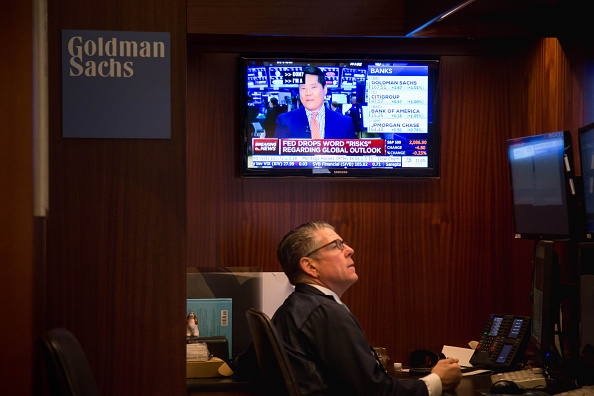 A television screen displays news about the Federal Reserve announcement while a trader works in the Goldman Sachs Group Inc. booth on the floor of the New York Stock Exchange (NYSE) in New York, U.S., on Wednesday, April 27, 2016. U.S. stocks advanced after the Federal Reserve reassured investors by continuing to signal it will proceed gradually in raising interest rates amid slow but steady growth in the economy. Photographer: Michael Nagle/Bloomberg via Getty Images
Bloomberg via Getty Images

Goldman Sachs (GS) reported a higher second-quarter profit on Tuesday, as it benefited from a sharp decline in expenses and more activity in some parts of the fixed-income markets, but most of its businesses came under pressure.

In response to a “challenging backdrop” for revenue, the Wall Street bank embarked on a cost-cutting plan in the first half of the year that will save $700 million a year, Chief Financial Officer Harvey Schwartz said on a conference call.

But overall revenue declined 13% as all of its other businesses reported weaker results. Goldman’s profit was buoyed by cost cuts and the fact that it had a large legal provision in the second quarter of 2015.

“Goldman continues to control what it can,” Evercore (EVR) analyst Glenn Schorr said, noting that Goldman kept costs in check and bought back stock to help results.

Paying employees is Goldman’s biggest expense. The bank cut compensation costs 13% in the second quarter, but so far this year it has set aside 42% of its revenue for compensation and benefits. That ratio is flat compared with the first half of 2015, though Goldman tends to adjust that figure toward the end of the year, when it makes final decisions about bonuses.

Its cost-cutting program has involved staff reductions, and will have related severance expenses of about $350 million, Schwartz said. As a result, the bank will only see about half of the annual savings of its cost-cutting initiative in 2016.

Goldman has company among big banks that are cutting costs to boost profits, as the outlook for interest rates and revenue has gotten tougher. Bank of America Corp set a new cost target on Monday following its earnings report, and other banks have faced questions about expenses as well.

Schorr noted the bank’s “Un-Goldmanlike” annualized return-on-equity of just 8.7% during the quarter and 7.5% for the first half of the year. That statistic is an important measure of how well a bank uses shareholder capital to produce profits. Analysts expect banks to produce a minimum return-on-equity of about 10 percent to be meeting their cost of capital.

Overall, Goldman’s net income applicable to common shareholders rose to $1.63 billion, or $3.72 per share, from $916 million, or $1.98 per share, a year earlier. In that quarter, Goldman set aside $1.45 billion for legal and regulatory settlements related to mortgages.

Analysts, on average, expected earnings of $3 per share, according to Thomson Reuters I/B/E/S.

Goldman’s shares, part of the Dow Jones industrial average , rose 0.3% in early trading. Up to Monday’s close, the stock had fallen more than 9% this year.

Other banks with large Wall Street businesses that have released earnings figures so far – including JPMorgan Chase & Co , Citigroup Inc and Bank of America – have reported similar trends to Goldman, with fixed income trading performing much better than equities trading, and investment banking revenue under pressure.

Goldman’s revenue from trading fixed income, commodities and currencies rose 20% to $1.93 billion in the second quarter, while equities trading fell 12%, to $1.75 billion.

Goldman has remained committed to fixed-income trading even as rivals like Morgan Stanley have shrunk operations because of new regulations that make it more difficult to generate profits. The business benefited from market volatility surrounding the Brexit vote in June, particularly in currency markets.

Goldman’s investment banking revenue fell 11% to $1.79 billion. Bond underwriting was the only business there to report higher revenue, jumping 20% to $724 million – Goldman’s second-best quarterly performance ever. The bank has been trying to strengthen its position in debt underwriting, and Schwartz attributed the gains to asset-backed debt issuance.