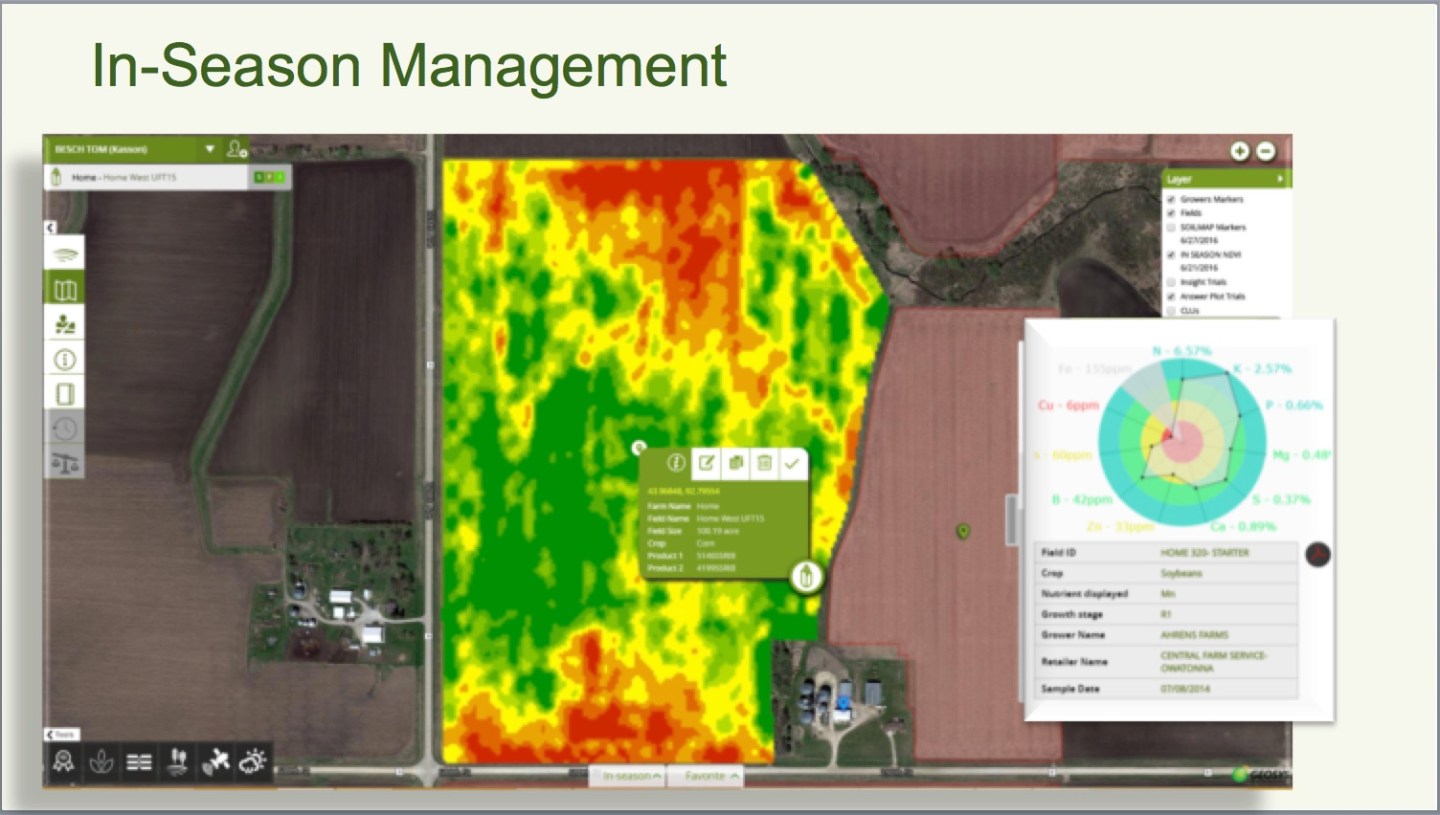 A few months ago, Google touted Land O’ Lakes for its use of the Google Cloud Platform to crunch big data at the agriculture giant.

Now, it’s Microsoft’s turn to do the same. This is just the latest example of how when a big company says it’s moving IT operations to the cloud, it’s usually moving from internal data centers to the clouds—as in more than one cloud.

That means the company will stop buying and maintaining more of its own servers to run in its own data centers, and instead turn to servers, storage, and networking that is owned and managed by a third-party provider. The usual suspects in the public cloud space include Amazon (AMZN) Web Services, Microsoft (MSFT) Azure, and Google (GOOG) Cloud Platform.

Land O’Lakes, the huge agriculture cooperative best known to consumers for its branded dairy products, also owns the Purina brand of animal feed and the WinField unit hawking seed, fertilizer, and pesticides to an estimated 300,000 farmers via a network of affiliated retailers. Land O’ Lakes is also a big “agtech” proponent using big data analytics to help farmers determine the best crops to plant in each field and how best to nurture them once they’re planted.

Land O’ Lakes is number 215 on the most recent Fortune 500 list with some $13 billion in annual revenue, making it a big catch in the cloud market.

For more, read: Google Cloud Goes to the Farm

The Arden Hills, Minn.-based company is now moving existing Microsoft Office and related applications over to the Office 365 subscription services realm, followed by plans to arm its mobile workforce with Windows Surface tablets, Mike Macrie, senior vice president and chief information officer told Fortune. It will also use Microsoft Azure’s Cortana Analytics product to parse some of this data derived from sensors out in the field.

Like most chief information officers, Macrie has to weigh the benefits of cost and flexibility of moving data and applications to the cloud, with the angst some of those migrations can cause. This project is all about moving Windows and Linux workloads out of company data centers to Azure. Yet older, but still-working applications running the older Unix operating system and other workloads will stay where they are for now, he noted.

“We are not migrating heavy Unix servers,” he noted. Land O’ Lakes, like almost every big company relies on several tech vendors, including Microsoft and Oracle. “We are migrating over 2,000 servers that are Wintel and Linux as well as several major workloads related to our satellite data. So this is an expansion of what we’ve already talked about [regarding Google], but we’re also talking about the enterprise, the everyday servers.”

Conceivably, Land O’ Lakes could also move its Oracle databases and applications over to Oracle’s cloud, but he didn’t specify those plans yet. Macrie also noted that Land O’ Lakes also uses some Amazon Web Services, although the corporation has not made a huge investment in AWS yet.

Long-term, however, his overall direction is crystal clear.

“My goal is to get rid of everything I can and move it somewhere to the cloud but the technology is not mature enough yet,”Macrie explained. “So we’re doing this with eyes wide open.”