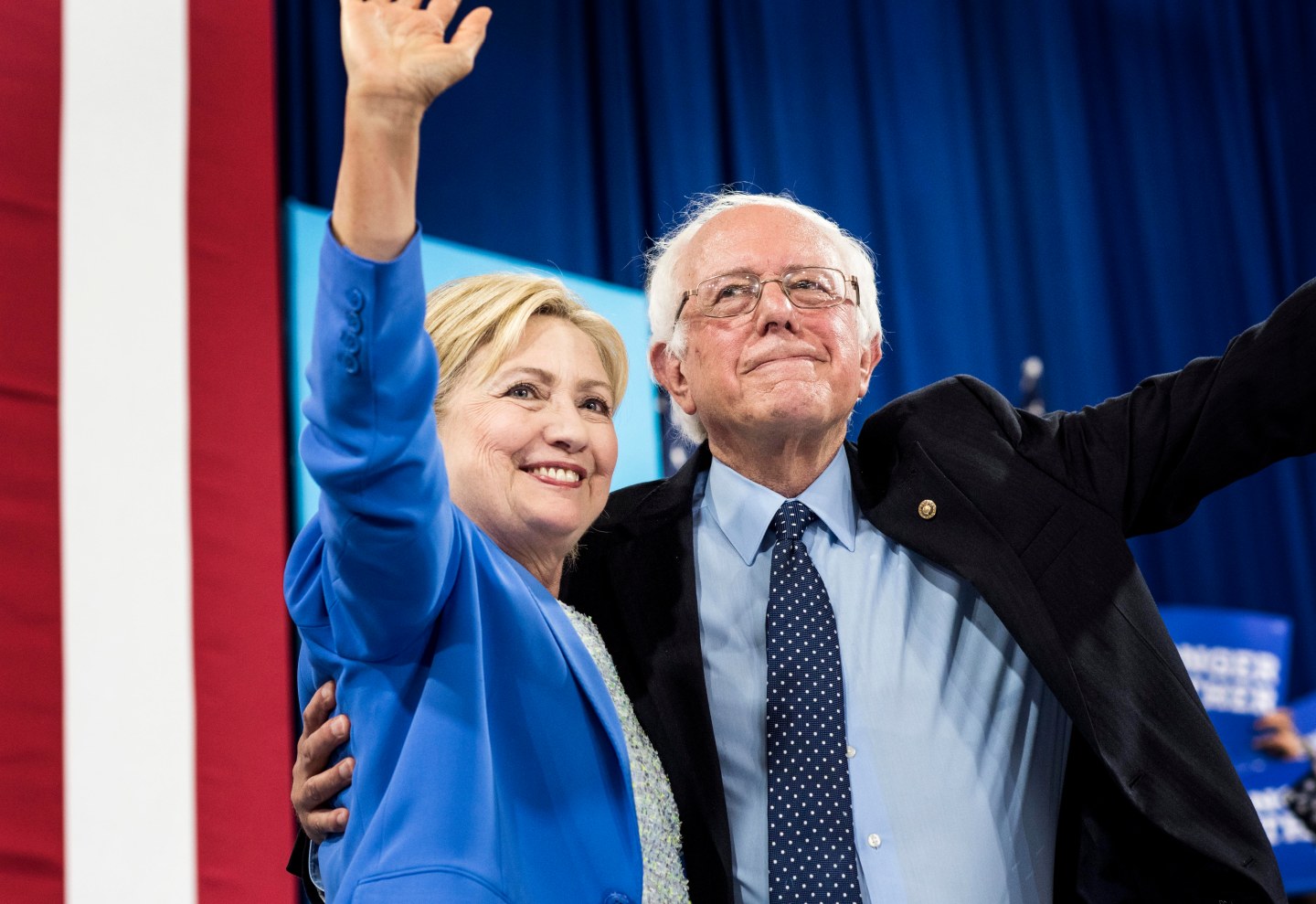 Robert R. Johnson is president and CEO of the American College of Financial Services and co-author of the recent McGraw-Hill book, Invest With The Fed.

The stock market is considered one of the most reliable leading economic indicators. Since Brexit, U.S. markets have not only bounced back, but several indexes have set all-time highs. Among other factors, this is because Hillary Clinton will likely win the presidency in November. Donald Trump continues to find ways to blunder—for example, the recent dust up around his six-pointed star tweet that was widely criticized for being anti-Semitic. And while many of the polls have tightened in recent days, the conventional wisdom continues to suggest that Clinton’s campaign infrastructure is much stronger than Trump’s and will deliver a victory. That is welcome news to investors.

While Clinton is far from the ideal candidate, Trump is downright dangerous from Wall Street’s perspective. The danger factor centers on the uncertainty around the myriad of economic disruptions posed by a Trump presidency. There is a timeworn adage that “Wall Street hates uncertainty,” and uncertainty is a characteristic Trump fully embraces. Even former presidential candidate Ben Carson, a Trump supporter, referred to him as “unpredictable” earlier this week. From his proposals to tear up trade agreements, lower both corporate and individual tax rates, deport undocumented immigrants, and build a wall on the border with Mexico, Trump has advanced a collection of disjointed ideas, backed by few specifics and little information on how these plans would be financed.

The consensus of the markets is that we know much more about what we’re getting with Clinton than Trump. Wall Streeters are speaking with their checkbooks, and Trump is getting a tepid monetary response from a constituency that’s generally very friendly to the Republican nominee. This is despite the fact that from the beginning of her presidential run, Clinton has advocated for policies that Wall Street hates, including increasing the minimum wage, paid for in large part by higher taxes on high-income Americans.

What is most troubling to financial market participants is that Clinton’s primary battle with Bernie Sanders has forced her to lean more heavily to the left than Wall Street finds comfortable. Perhaps the largest impact of Sanders on Clinton’s positioning has been on global trade. Clinton entered the race as a staunch supporter of free trade and has since been forced to adopt Sanders’ stance opposing the Trans-Pacific Partnership. Ironically, this is one of the few areas in which Clinton and Trump now seemingly agree.

The strong campaign run by Sanders has also forced Clinton to show support for free college tuition at state colleges and universities for those from families below top-income earners. While such a proposal is unlikely to pass muster if Republicans hang on to the House and Senate, sweeping additions to already-burdensome entitlement programs give market watchers significant heartburn.

While Clinton has taken a left-hand turn in recent weeks, the markets are hopeful that she’ll take a page from her husband’s playbook and campaign from the left and govern from the middle. The most plausible possible derailer of this, from the markets’ standpoint, would be a landslide loss by Trump that leaves Democrats in charge of the presidency, House, and Senate. But a Trump victory would concern markets even more. That would shake the markets much more than Brexit, and potentially for a much longer period of time.

Having said that, when asked at the Berkshire Hathaway (BRK-A) Annual Meeting in April about the potential impact of a Trump presidency, Warren Buffett said he does not think that this year’s election will change much for Berkshire. He said Berkshire will do just fine, whether Trump or Clinton becomes president, and that no politician can change the long-term outlook for America. That sounds to me like a challenge to Trump. By the way, “The Oracle of Omaha” has indicated that he is casting his ballot for Clinton.