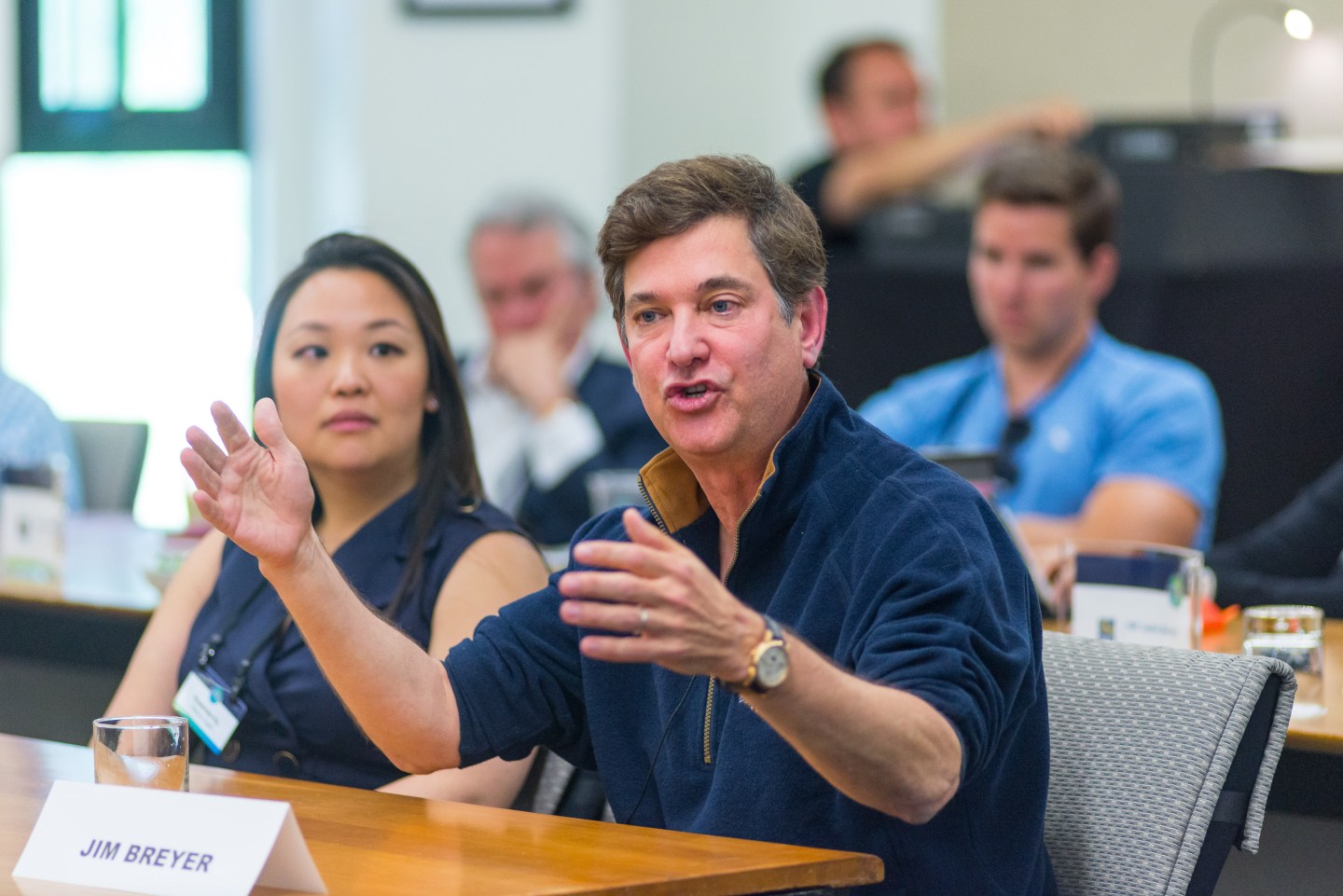 Back at sea level, I’ve finally kicked the dizzying, dehydrating bout of altitude sickness that took hold in Aspen, where Fortune held its annual Brainstorm Tech conference this week. (Maybe it was just the excitement?) For those not in attendance, here’s a quick recap of the roundtables I had the pleasure of moderating.

The first, on the so-called blockchain, drew a crowd interested in the newfangled technology that powers cryptocurrencies like Bitcoin. Some highlights: Brian Armstrong, CEO of Coinbase, talked up an alternate system of cryptocurrency, Ethereum, that can execute “smart” contracts. Jim Breyer, founder of Breyer Capital, said he had met as many as seven people claiming to know the true identity of Satoshi Nakamoto, the famously elusive, pseudonymous creator of Bitcoin (none checked out). And Justin Newton, CEO of Netki, proposed putting Pokémon on the blockchain. (Consider this a petition, Nintendo (NTDOY).)

More than half of audience of Blockchain panel say they own bitcoin (!) #fortunetech

At one point, I called on Peggy Johnson, head of global business development at Microsoft (MSFT), who wasn’t an officially listed participant, to expound on why she had a day prior, during a main stage panel, cited the blockchain as having vast disruptive potential. A good sport, she mentioned the possibility of overhauling industries besides finance, such as healthcare. Adam Ludwin at Chain, meanwhile, fired back that he believes the word “blockchain” is being abused. Unless there’s a transferable financial asset involved, he argued, then it’s just database management featuring cryptographic signatures. Innovations with respect to electronic medical records, in his view, don’t qualify.

The second panel, on cybersecurity, touched on the latest digital attack trends and defense tactics. One attendee told the group she had once been personally hacked to tune of six figures. Thankfully, she said, Chase (JPM), her bank, had been able to return the cash. Steve Herrod, a general partner at the venture capital firm General Catalyst, shared a similarly nightmarish experience. When he served as the chief tech officer of EMC’s (EMC) (soon Dell’s) VMware (VMW), hackers infiltrated the company and stole its source code. Eventually, they published it online, line by line.

For more on the blockchain, watch:

The breakfast session also featured Elena Kvochko, head of security strategy at Barclays (BCS), Paul Judge, CEO of Luma and chairman of Pindrop Security, and Michelle Zatlyn, chief operating officer at CloudFlare. Others made an appearance, too: Glenn Chisholm, chief tech officer at antivirus firm Cylance, Emmanuel Schlait, CEO of password manager Dashlane, and Nico Sell, founder of the Wickr Foundation. A big thank you to all who came and contributed.

Not hours after descending from the mountains, developments abroad brought me back down to earth. A horrific massacre in Nice, France. Later, an attempted military coup in Turkey. Reminders both of geopolitical instability and international unrest. As always, stay safe, dear readers.