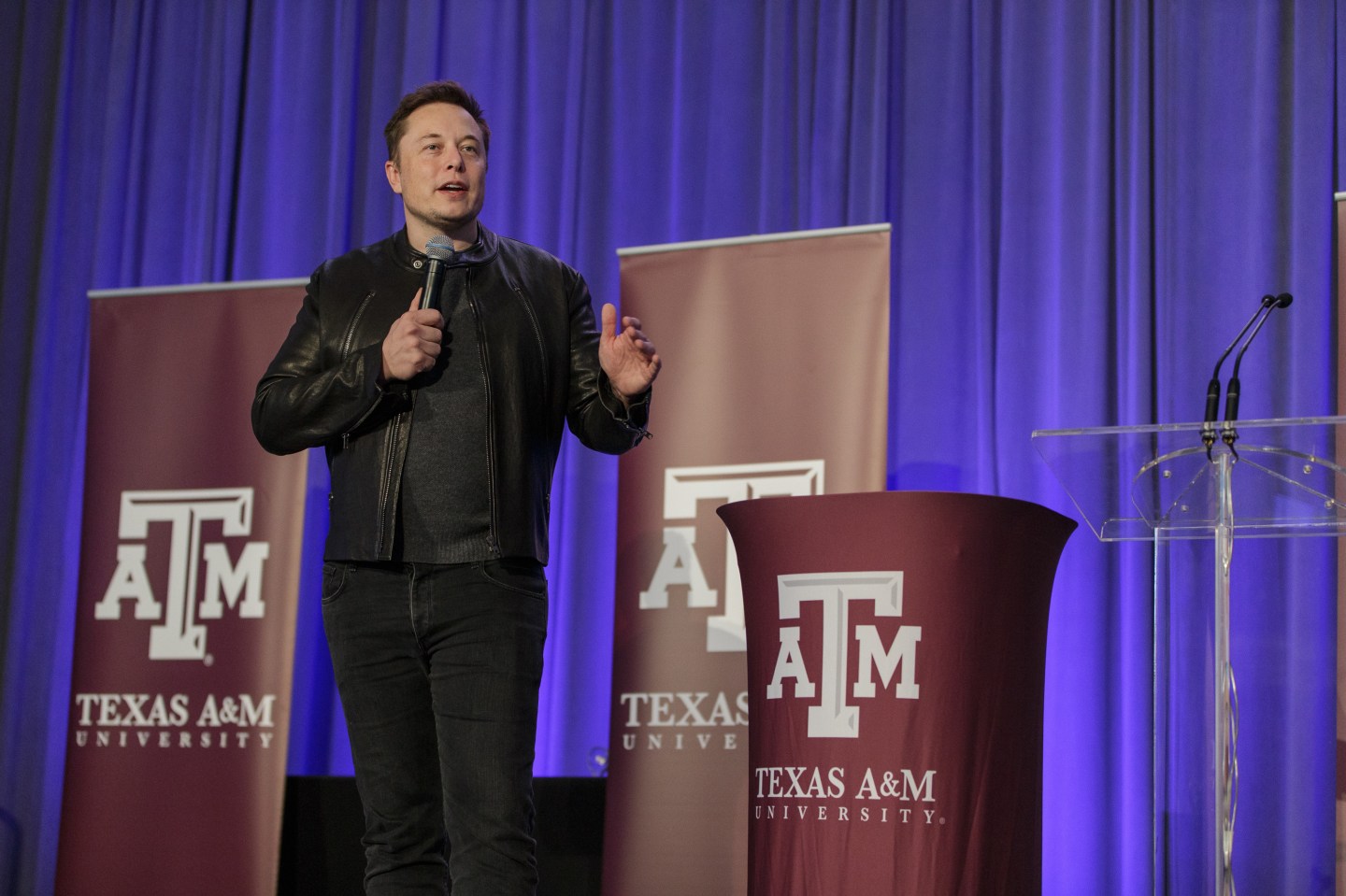 SpaceX announced Friday that it will hold the second stage of its Hyperloop Pod Competition from January 27-29, 2017. That’s a delay of around five months from earlier plans, which had the competition happening later this summer. According to SpaceX (SPACEX), the delay comes at the request of “many” of the teams, who have said they need more time to work on designing and building their pods.

During the competition weekend, to be held near SpaceX headquarters in Hawthorne, Calif., the mostly student-led teams will send their hyperloop pods down a test track to see who can clock the fastest speed. When he spoke at the initial stage of the competition, hyperloop mastermind Elon Musk said he anticipated a big audience for the live tests—crowds of hundreds showed up to the public segment of the first event, and that was just to look at drawings. With hyperloop development and deals accelerating over the last six months, big audiences seem even more likely now.

The delay isn’t a huge surprise, as the competition’s timetable always seemed a bit compressed. The first stage of the competition, in January, whittled more than 115 semi-finalist teams down to 30 finalists, but that was based on design concepts. Building the actual pods involves not just refining and testing the designs, but a lot of background and support work. Many teams I spoke to at the first stage of the competition, including winner MIT, already had their own business development units. But others had next to none of the corporate or institutional funding they needed to even start building.

Logistics are another challenge, and a bigger one for some teams than others. International finalists, including teams from Japan’s Keio University and the Netherlands’ Delft University of Technology, will have to transport their pods across an ocean (plus or minus a continent) to get to Hawthorne.

SpaceX itself also added a speed bump, waiting months after the first round to release specifications for the test track (as we’re learning, missed deadlines are something of an Elon Musk trademark). Neither SpaceX nor Musk have been directly involved in developing the hyperloop beyond the initial concept, but the rocket maker is sponsoring the competition both to support the broader project, and as a way to recruit top engineering talent.

For more on the hyperloop, watch our video.

With all that in mind, the extra time is almost certainly good for the hyperloop project overall. Nothing would have killed enthusiasm for Musk’s high-speed daydream like watching two dozen hastily-engineered student projects sputter, skid, or crash their way down a test track.

The one real downside of the delay is that, by next January, commercial hyperloop development may have significantly outpaced the student teams’ efforts. Hyperloop One has already tested the undercarriage for its pod, and onboard systems can’t be too far behind—though apparent internal chaos could slow things down.