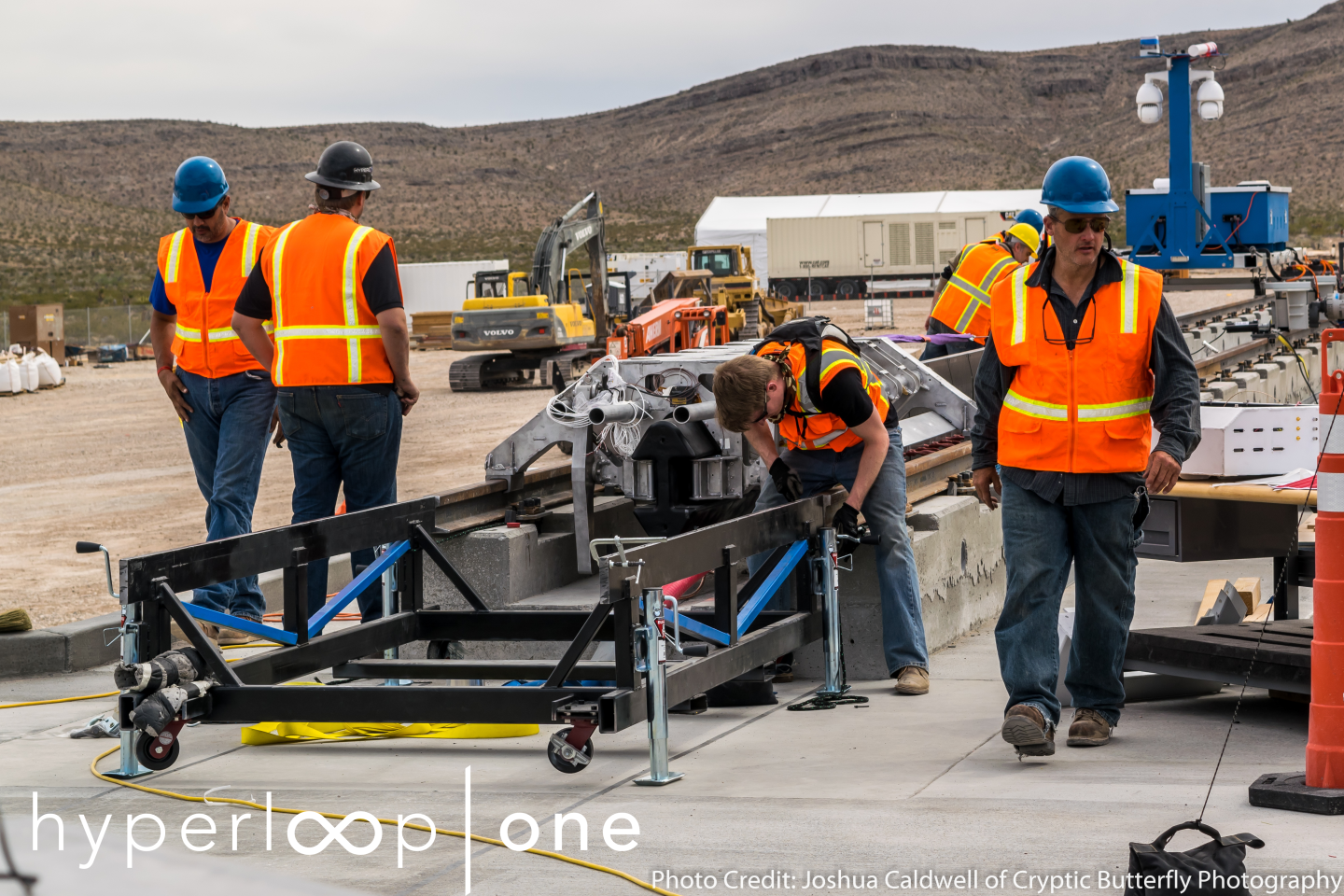 Courtesy of Hyperloop One

Hyperloop One’s propulsion system successfully sent a sled hurtling down a track hitting a top speed of 116 miles per hour before it crashed into a pile of sand during a public demonstration in North Las Vegas—an important milestone in the company’s bid to build a futuristic transport system for people and packages. The whole test was over in less than two seconds.

The hyperloop, an idea first floated in 2013 by SpaceX and Tesla CEO Elon Musk, is a theoretical transport system that sends passengers and cargo in pods through a low-pressure tube at about 760 miles per hour. Musk shared his basic engineering plans for the Hyperloop and challenged others to pursue and potentially develop the concept. Hyperloop One and competitor Hyperloop Transportation Technologies were among the first to jump at the idea.

Wednesday’s test, which sent a sled down a 1,000 meters of open air track, aimed to demonstrate how the hyperloop technology would move forward. Later tests will focus on levitation and tube design. A video produced by Hyperloop One, shown below, shows how the propulsion mechanism works.

The company will test the entire hyperloop system by the end of the year. A fully constructed hyperloop would be an enclosed tube on an elevated track. In theory, the pods would move forward, levitate off the track, and then hit ultra fast speeds. A trip between San Francisco and Los Angeles is projected to take about 30 minutes.

The public test is the capstone on a two-day event put on by Hyperloop One that was loaded with announcements.

On Monday, rival Hyperloop Transportation Technologies announced it was licensing technology developed by the Lawrence Livermore National Lab that uses permanent magnets to levitate the hyperloop pods, a method it says is cheaper and safer than what current high-speed trains use. HTT hasn’t demonstrated its tech yet. Hyperloop One is also experimenting with levitation technology.

Hyperloop One followed up on Tuesday by touting it had raised $80 million in new capital, partnered with a number of infrastructure, engineering, consulting, and transportation firms, and launched a global challenge to pick where it will be built.

The company has plans to launch a full-scale test of the system in the fourth quarter of this year.