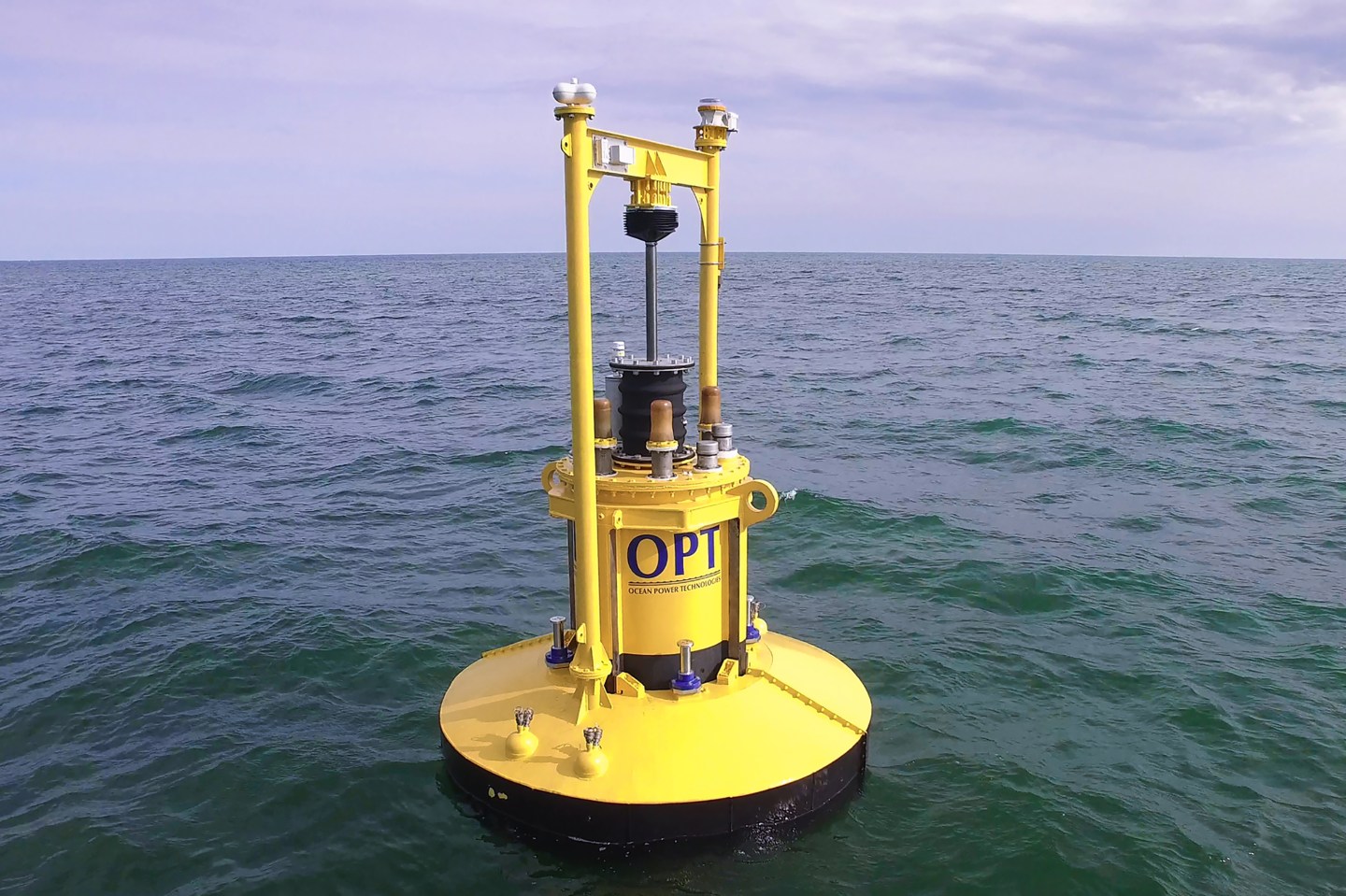 One of the biggest standouts from a record-breaking week for the markets was Ocean Power Technologies (OPTT), whose Nasdaq-listed stock popped 75% on Friday. Investor enthusiasm followed news that the company had deployed a new version of its PowerBuoy off the coast of New Jersey amidst a push towards commercialization. The PowerBuoy is Ocean Power’s entry in the nascent field of wave-power generation, and the stock move suggests optimism surrounding both the company, and the potential of what some say is the next frontier in renewable energy.

Wave power generation has so far lagged behind solar and wind for several reasons. For one, there’s still no clear consensus on the right technological approach. The PowerBuoy is essentially a large piston, with a heavy weight beneath the water and a buoy that floats on the surface, generating power as it rises and falls. But the Department of Energy is currently running a $2 million wave-power competition, and teams are experimenting with everything from underwater pressure balloons to something called an Oscillating Water Column.

Investment from major players has so far been limited, in part because the inherent challenges of the approach could still keep it from competing with other energy sources. It’s expensive to build stuff on or in the ocean, and it’s very challenging to combine heavy moving parts and fragile electronics in a way that stands up to the waves. That was illustrated by Portugal’s Aguçadoura project, set up in 2008 by Pelamis Wave Power. It drew energy from the flexing of long, snake-like buoys, but the design proved prone to leaks and breakdowns. Both the project and Pelamis itself eventually shut down.

For more on renewable energy, watch:

One particularly intriguing solution to the durability problem has been proposed by England’s Witt Limited, which builds enclosed spheres holding pendulums that generate power from torsional motion. With no external moving parts, Witt has said its spheres would be well-suited for wave generation. In March, Witt raised more than £2.4 million (about $3.2 million) through an equity crowdfunding campaign.

Even for durable solutions, though, there remains the challenge of actually getting generated power to where it’s needed. For now, Ocean Power Technologies is dodging that problem by focusing on remote offshore applications such as ocean observation, oil and gas, security, and communications. If it can establish a foothold there, it could eventually move on to large-scale commercial wave power, but it will need to move fast—in its Friday filing, the company reported a net 2016 loss of $13.1 million, and $6.8 million of cash and liquid assets on hand.