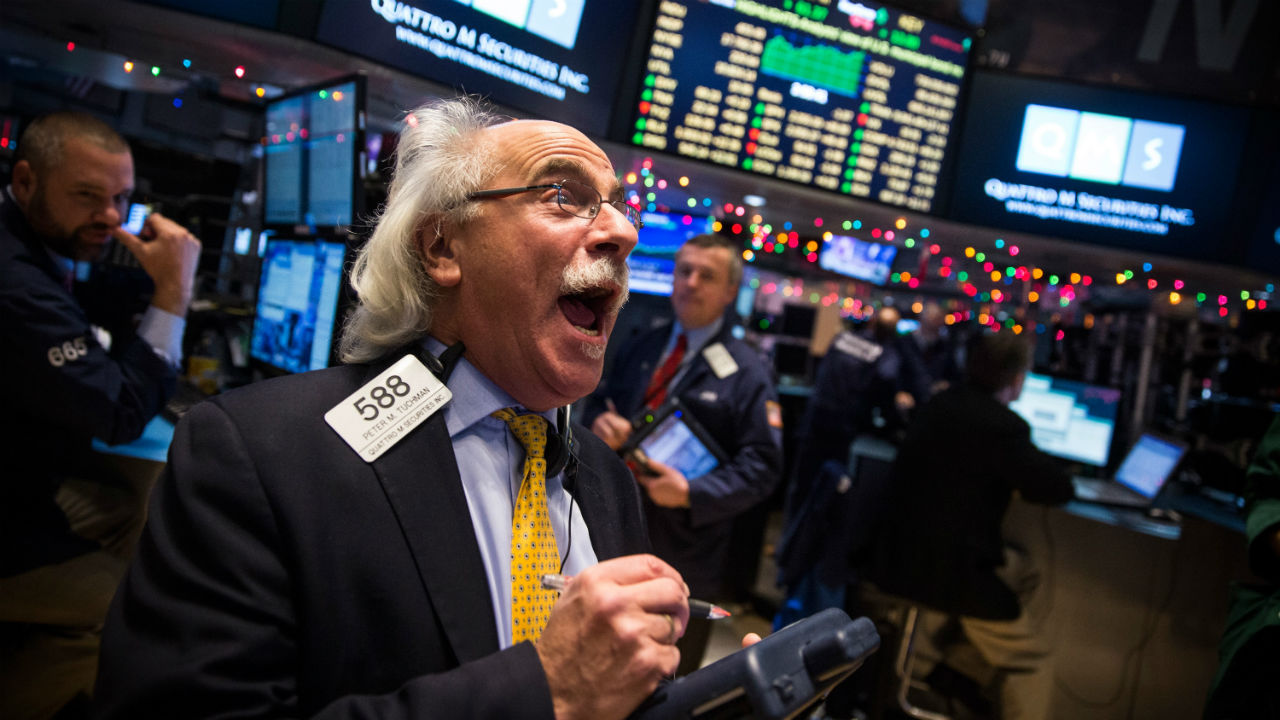 It’s been three weeks since British voters shocked the world and voted to leave the EU. After a two-day Brexit freakout, the stock market pretty much returned to business as usual—and beyond. The S&P 500 hit record highs four straight days this week, its longest streak since November 2014, before retreating slightly on Friday.

Even the gruesome news from Nice, France—where 84 people were killed and more than 200 injured when a truck rammed into a crowded festival—seemed to have little impact on the financial markets Friday. Indeed, Herbalife’s (HLF) settlement with the FTC and Wells Fargo’s (WFC) lackluster results were more top of mind for U.S. traders. (Update: Reports of a coup attempt in Turkey broke shortly after the market closed on Friday; S&P 500 e-mini futures slipped initially after-hours trading in reaction before recouping most of the lost ground.)

Here are three reasons why the market has surged, even though the world seems to be coming apart at the seams:

An old Wall Street saying also helps explain why stocks have fared well despite all the negative headlines: The market climbs a wall of worry.

You should be more worried about the stock market when “everyone” is bullish and the conventional wisdom says buying stocks (or real estate or any other asset) is a “no brainer.” That is certainly not the case today: UBS says wealthy investors are holding on to record levels of cash and 84% believe the election will have a significant impact on their financial health, Reuters reports.

Other sentiment indicators tell a similar tale: The American Association of Individual Investors Sentiment Survey has been above 30% bullish in consecutive weeks only two times since November.

Other signs of worry include gold’s more than 25% increase in 2016, and investors’ willingness to buy bonds with negative rates. Germany sold 10-year bunds at negative rates for the first time ever this week and there is now about $13 trillion of global debt with negative yields, the WSJ reports, citing data from Bank of America Merrill Lynch. That’s up from $11 trillion before the Brexit vote.

Having argued that it’s too soon to say the Brexit risks have passed, I’m not trying to be a pollyanna about the potential downside of owning stocks here.

Notably, the so-called fear indicator, the VIX, has fallen over 50% from its peak in late June and is trading at levels below 13, suggesting complacency among options traders. Furthermore, ETF funds tracking major U.S. stock indexes attracted $11.5 billion over the five days through Thursday, the most in 10 months, according to Bloomberg. The pre-teen VIX and heavy inflows into equity ETFs suggest that short-term optimism has risen almost as quickly as the S&P 500, which is up 8% since its post-Brexit-vote low. In other words, don’t be surprised if the market takes a short-term respite from its recent rally.

That said, it does seem like it’s going to take a lot more than a few scary headlines to knock the market down, at least for very long.