The Original ‘Ghostbusters’ Director Loves the Remake. Here’s Why 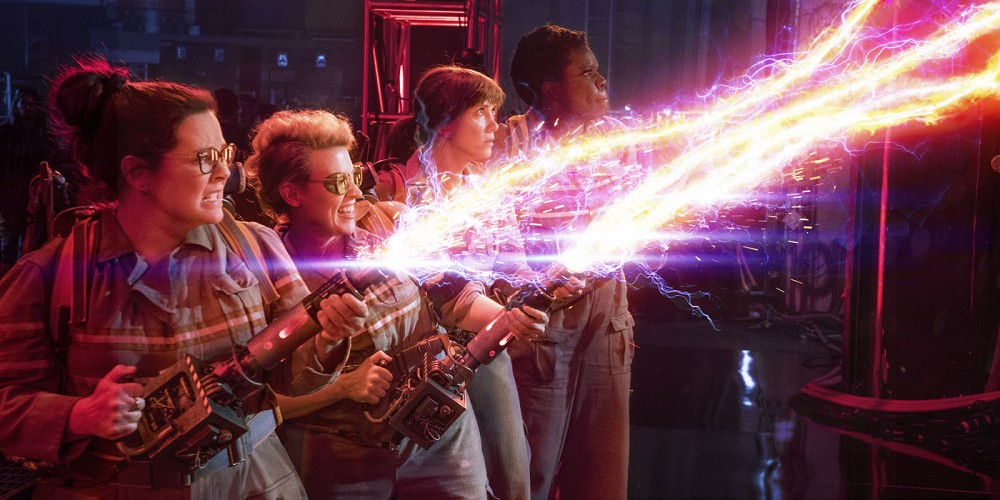 Reboots of movie classics often are controversial. Even so, the all-female remake of Ghostbusters generated an inordinate amount of vitriol, with its first trailer becoming the most disliked movie trailer in the history of YouTube.

“We had a sense that there may be problems as soon as the movie was announced and we said we were going to use women Ghostbusters,” Ivan Reitman, executive producer of the new Ghostbusters, released Thursday. Reitman was the director of the original 1984 movie and its sequel.

The remake took on the controversy in a humorous scene that has the female Ghostbusters reading some hate mail online. That scene, Reitman says, was “well laid out in the original screenplay before we started shooting. Nothing was a reaction to the negativity around the first trailer.”

Reitman blamed the negativity on super fans’ love of the first movie–not misogyny. “There was an enormous amount of love and protectiveness of the first movie,” Reitman said. “It was seen by many men in their ‘40s when they were 8 or 9 years old and it was a seminal film experience that they took to heart. And they wanted to make sure they weren’t ripping anyone off.”

Critics have been mixed, with Slate’s Dana Stevens calling it “a fun, true-blue update of a classic” and Detroit News’ Adam Graham writing “it sits in the middle, wanting to blaze a new trail but haunted by the ghosts of its past.” The movie review aggregate site Rottentomatoes.com has the film receiving a respectable 73% approval rating from critics, and 89% of audiences say they “want to see” the movie.

“We’ve been slowly fighting that (trailer) off as it’s become clear the movie’s good and the reviews are good,” Reitman said. “People who thought they would hate it now love it. That’s what it takes. Americans like to root for the underdog, and in some ways that’s happened with this.”

According to BoxOfficeMojo.com, Sony Pictures spent $144 million making the new Ghostbusters movie (not including a separate hefty marketing budget of roughly $140 million).Ghostbusters opens today on 3,950 screens and estimates are that the film could earn between $38 million and $50 million domestically opening weekend.

It faces competition from reining box office champ Universal Pictures and Illumination Entertainment’s Secret Life of Pets (which also received a 74% review average, but earned over $103 million domestically when it opened last week). In fact, Ghostbusters could come in second to those animated pets, but that’s not necessarily a bad thing for Sony, which is looking at this as a franchise and not as a weekend battle.

“This is a long-term deal that came as a result of complex negotiations when I decided I wasn’t going to direct the new Ghostbusters film,” said Reitman.

After collaborating with and directing Bill Murray, Dan Aykroyd and Harold Ramis on the first two Ghostbusters films, Reitman said the creative team cut a deal with Sony Pictures that was basically good for them and not for the continuation of the franchise.

“We had to be unanimously happy with everything to get any project done,”Reitman said. “That’s one of the reasons nothing got done in 20 years.”

Each of the key creatives received a veto right, including over what the studio might want to do. Ramis had died and Reitman said Murray was always reluctant, so Reitman negotiated a deal on everyone’s behalf to make them participants forever on any future projects. He set up a production company called Ghost Corps with Sony to find ways to capitalize on the Ghostbusters through other projects.

To date, Ghost Corps is delivering a variety of interactive entertainment aimed at boys (and men). Activision Publishing has launched a four-player cooperative Ghostbusters game, which takes place after the events in the new movie, as well as a free-to-play Ghostbusters: Slime City mobile game for Android and Apple devices. There’s also an exclusive Ghostbusters arcade game at the 80 Dave & Busters restaurants around the country. A Utah-based startup The Void, Sony Pictures, and Madame Tussauds created a virtual reality attraction that’s based on the movie.

Reitman’s Ghost Corps also is developing a TV show called Ecto Force, based on the movie. “[It] is something we wanted to get going to keep the Ghostbusters idea alive between features,” he said, adding other announcements are coming.