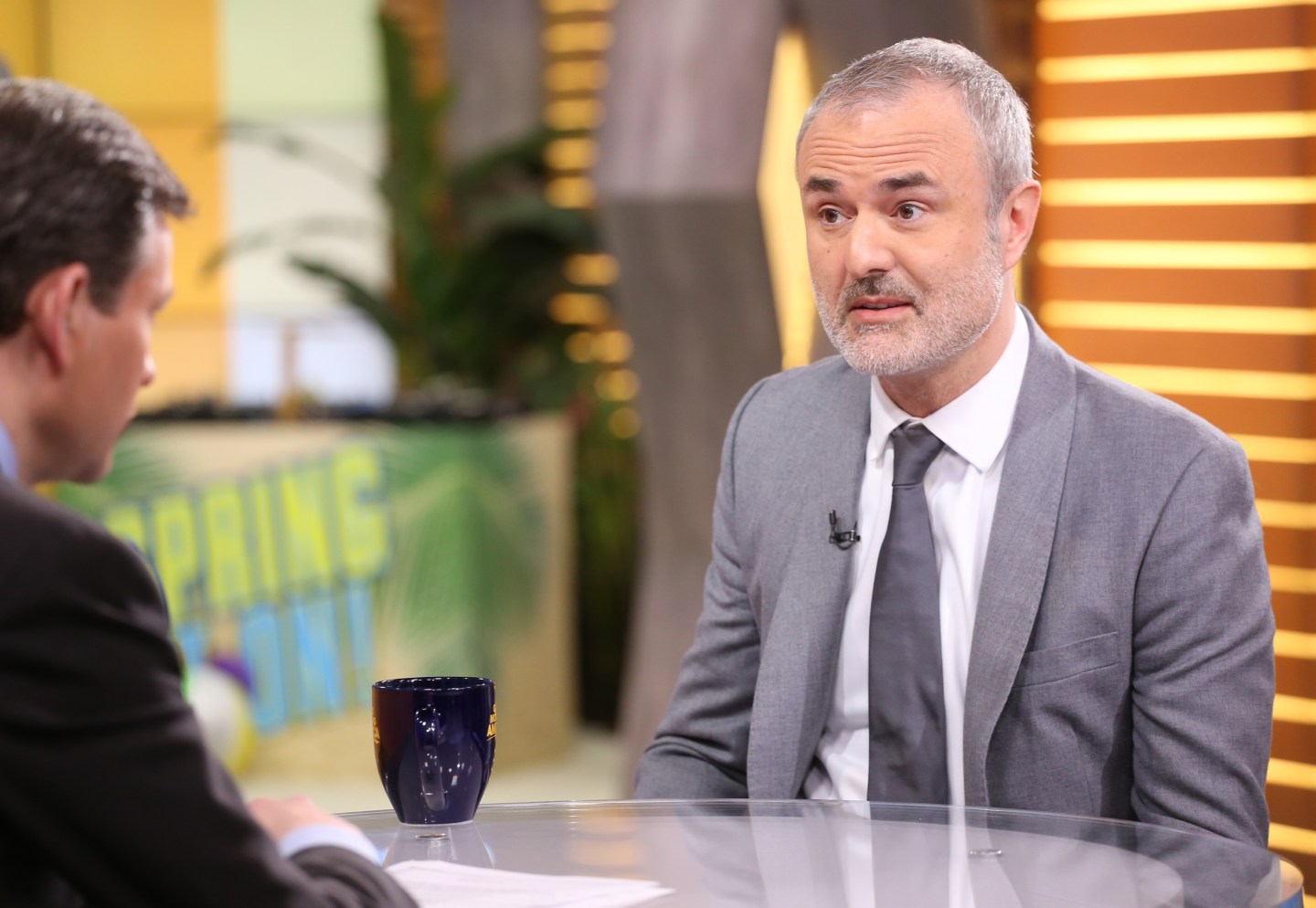 Gawker Media founder Nick Denton has a lot of things on his mind right now, not the least of which is the future of his company as it goes through a court-ordered bankruptcy auction—a process sparked by a $140-million court award in the Hulk Hogan case for publishing a sex video.

But that’s not what Denton wants to talk about this morning. After a recent piece written by the New York Times‘ new public editor on the value of reader engagement, he wants to talk about why he sees a future in allowing reader comments when almost every other media organization seems to have given up on them or is at least thinking about doing so.

Is the enigmatic multimillionaire looking for a distraction from the events of the past few months? Perhaps. But interaction with readers is also something that he fervently believes in, and you can tell that not just by what he says, but the fact that Gawker has spent significant amounts of money on it. The company has even integrated its comments into the stories it distributes through Facebook’s (FB) Instant Articles.

Long before the Hogan trial took center stage, Gawker Media invested millions (Denton won’t say how much exactly) in building a commenting and reader-blogging system it called Kinja, which Denton described as nothing less than an attempt to turn the publishing world on its head—to put readers on the same level with journalists and publishers. As he put it at the time:

Publishing should be a collaboration between authors and their smartest readers—and at some point the distinction should become meaningless.

Denton has admitted that some of his ambitions for Kinja have not panned out, including getting other publishers and brands to use the platform. But the Gawker founder remains devoted to the idea of reader comments, and to the necessity of reader interaction in general for media—both because of the principle involved and because he says it makes economic sense.

What follows is a conversation Denton and I had over instant messaging, his preferred method for media interviews. It has been lightly edited for clarity and length.

Fortune: You are steadfastly committed to the value of reader comments, when almost every other media entity has chosen to either get rid of them or outsource them to social media. Why?

Denton: It’s a question of principle, and pragmatism. The principle is that the Internet is an interactive medium, and an exchange between readers and writers is a much more meaningful form of interaction than a Like or a Share. But the pragmatic argument for investment in comments is powerful in its own way. [Gawker Media Group] properties, with 107 [employees] in Editorial, brings in about 500k uniques per staffer. That’s double the level of Vox and other major competitors. It’s hard to quantify, but a large reason for that editorial leverage is the participation of the 100,000 people a month who actively participate in discussions.

(At this point, Denton mentions how the Kinja platform allows for question-and-answer style interviews between journalists and readers, much like Reddit’s “Ask Me Anything” feature).

Fortune: Every media entity out there talks about how much garbage there is in comments and how much of an investment it takes to moderate, and how it isn’t worth it. Are they all wrong? You’ve invested a lot of money in Kinja over the years—was it worth it?

Denton: The key is to distribute the moderation, to make every editorial team responsible for the discussions that their stories instigate. It’s not that hard—though it took several years and several million dollars for us to get it right. The commitment to quality discussions was one of the smartest decisions we made. In economic terms, we see a payoff not just in greater editorial leverage, but in time spent on page. On mobile, for instance, we outperform the other publishers by more than half: 81 seconds compared with a Google Analytics benchmark of 53 seconds. I think that’s largely because the pages are more interesting, for longer.

Fortune: And does that just mean you make more advertising revenue because of traffic, or do advertisers pay more because they see that readers are more engaged?

Denton: More display ad impressions down the page, and for sponsored content, time on page is a differentiating factor. But above all, this is just the way that Internet news should be. Why wouldn’t you want to tap the opinions and expertise of your readership? Unless you are embarrassed by them.

Fortune: Has the effort to get advertisers to adopt Kinja paid off at all? And how much have you spent on Kinja? Former Gawker editor Joel Johnson said last year that you spent between $10 and $20 million. Is that accurate?

Denton: That number was silly. Some 10-15% of [Gawker Media Group] costs are tech, which is pretty normal. For us Tech = Kinja. And we see more and more advertisers willing to leave the comments open on sponsored posts. It’s a big differentiator. I think it’s one reason we won best content studio at the Digiday Awards.

Fortune: Do you have a dedicated team of comment moderators the way the New York Times and other media entities do?

Denton: No. A comment is given priority if the reader is followed by the editorial staff, or if their comment inspires a reply from the author. So you could say that we have devolved the moderation down to the writers. Medium now uses much the same method. The offensive stuff is usually left buried, a click away from the story page, because our writers are by now too hardened to respond to trolls.

Fortune: Many of the media companies and journalists who criticize comments say if you pay too much attention to readers you wind up pandering to them. I assume you disagree?

Denton: We are beholden to readers, and make no apology for that.

Fortune: But even more than just the principle at stake, you would argue that it makes long term economic sense—even for a media entity that doesn’t rely on subscription revenue like the New York Times?

Denton: If a media company wants to diversify away from brand advertising, which seems wise, it is a viable path. Greater reach per writer, greater engagement down the page, and enhanced credibility with the readers: what is not to like?