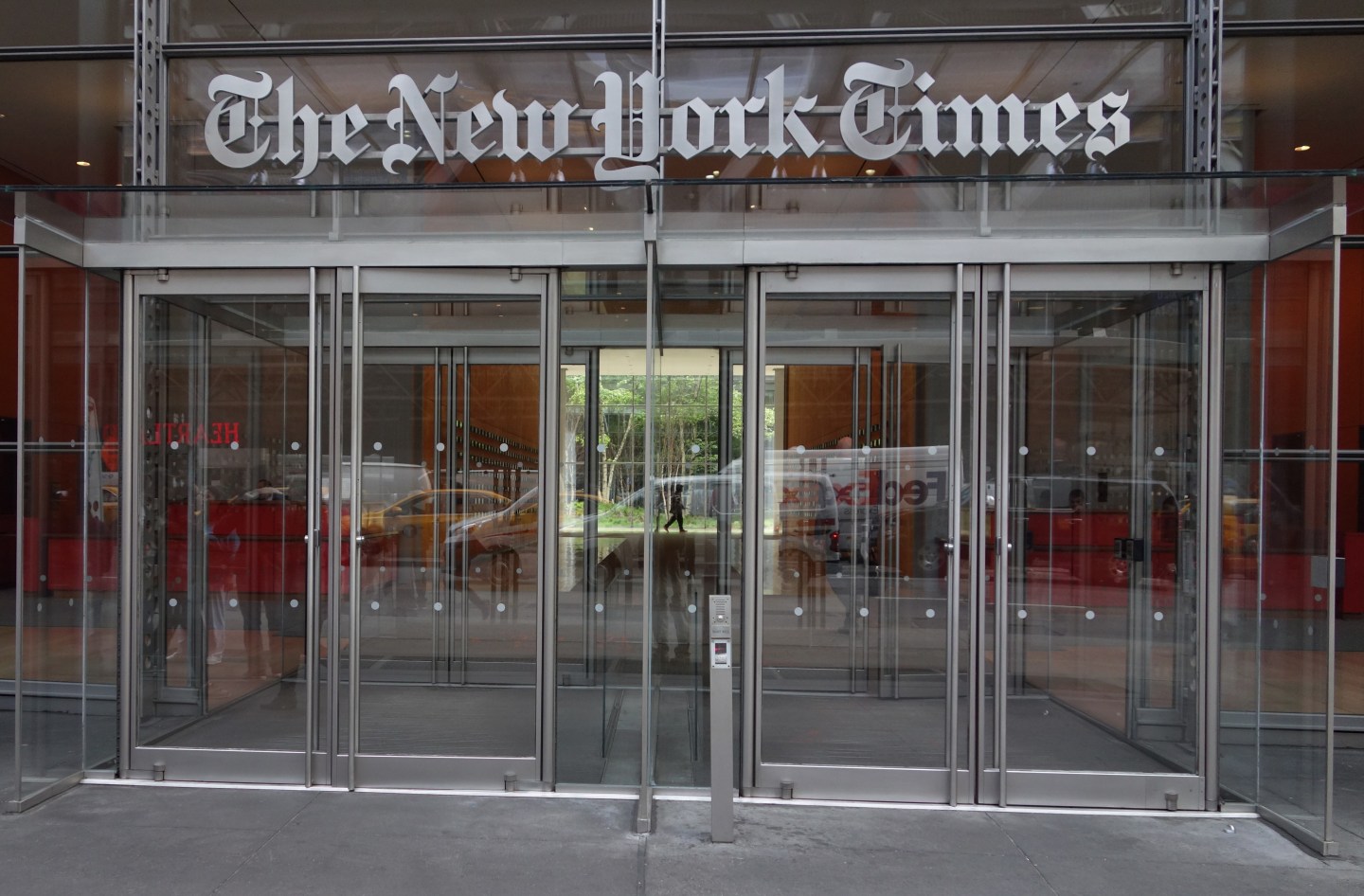 The new public editor at the New York Times has only been on the job for about a month, and already a mob seems to be gathering with pitchforks and torches. What was Liz Spayd’s heinous transgression? Did she admit that the Times doesn’t care about poor people, or that the Iraq War was justified?

No, she defended the value of engaging with readers—specifically reader comments.

In case you haven’t been following this topic recently, it has become so contentious that it approaches “third rail” status in some media circles. Even mentioning it can spark heated debates and get you criticized and/or unfollowed by prominent figures in the industry (and I speak from experience).

Spayd’s column, entitled “Want to Attract More Readers? Try Listening to Them,” drew a stinging rebuke from former New Republic executive editor Isaac Chotiner at Slate, who wrote a response in which he called it “terrible advice for the paper.” USA Today media critic Michael Wolff said on Twitter that the column was “drivel,” and MIT Technology Review editor Jason Pontin called it “disastrous.”

A disastrous first outing. Show me an editor who cares about comments, and that's someone with the wrong priorities. https://t.co/3JrFw8L9HS

Despite all of this sound and fury, however, what Spayd recommended for the Times would probably seem fairly uncontroversial to non-media types. Most media organizations, she said, don’t really listen to readers but instead “watch and analyze them, like fish in a bowl… measuring how many millions of unique users clicked on content last month, or watched a video, or came to the site.”

What would be better, she suggested, is for newsrooms “to treat their audience like people with crucial information to convey—preferences, habits and shifting ways of consuming information. What do they like about what we do and how we do it? What do they want done differently? What do they turn to other sites for?”

In other words, to see readers as a resource. She added:

Had we been listening more carefully and sooner, we would have known that our readers were using their phones for news while we were focused on monitors. And spending hours on social platforms before we had staffed “audience teams” to attract them. Or beginning to block ads.

One of the most well-established ways to hear from readers, the NYT public editor pointed out—although not the only one, by any means—is through comments on news stories. While the Times has a team of moderators who specialize in filtering comments, she suggested that it could do more, especially since “only about 10% of articles on any given day are open for comment.”

I should probably note at this point that I have been a staunch (and somewhat lonely) supporter of comments and the value of reader engagement since the days when I was the “communities editor,” or social media editor, at a major national daily newspaper in Canada in 2008, when anti-comment opinions and emotions in the newsroom were just as heated as they are today.

Even as media outlets such as Popular Science, Recode, and Reuters have given up on comments altogether, I have defended the investment of time and energy in them, and particularly in improving them. I’ve done this for fundamentally the same reason that Spayd does in her column—because an engaged, two-way relationship with readers is one of the few powerful tools that media entities have left.

The gatekeeper, inside-out thinking of newsrooms is what will continue to hobble the news business model for ever https://t.co/cXpbJ16Nq8

As Spayd points out, with advertising declining as a revenue source, newspapers like the Times are becoming increasingly reliant on subscribers to pay for the company’s journalism. If that’s the case, she argues, it’s even more important to make those readers feel like they are being heard. As she puts it:

The Times has hitched its future to building a loyal audience that will come back repeatedly and pay for the privilege of doing so… the goal is to double digital revenue within the next five years, and dedicated readers will be a key part of that.

Many of the outlets that have given up on comments make the same arguments about why they did so, and one of the main ones is that social-media platforms like Twitter (TWTR) and Facebook (FB) make comments unnecessary. But few seem to realize that if you all of your engagement with readers takes place through third-party services, then it is those services that benefit. They can remove or change this ability at any time.

Chotiner argues that Spayd’s “phony populism” is not just wrong-headed, but dangerous. Instead of giving readers more input, he says, outlets like the Times should just give readers what they think is high-quality news and forget about listening to them. “If the reporters and editors at the Times don’t know journalism better than the average person, then why are they being paid to make journalistic decisions?”

Whether knowingly or not, Chotiner’s piece is a perfect example of the kind of attitude Spayd mentions in her column, where she notes that many journalists “have a reflexive aversion to interacting with readers.” These editors and reporters, she says, believe that they alone have the best sense of what stories are most important, and that listening to readers is tantamount to pandering.

@fmanjoo Perhaps. But that's my view. It is elitist, your growing backlash. Best to embrace that with honesty than to pretend otherwise.

For my part, I hope that senior editors at the Times will listen to Spayd rather than her critics. The paper’s comments are a great example of what a news entity can accomplish if it moderates well, and I would love to see more engagement—especially by staff—rather than less.

Startups like De Correspondent in the Netherlands, which is funded completely by subscribers (or members, as they call them) have shown that treating readers as partners rather than passive consumers has a number of benefits, including improving the site’s journalism. If the Times wants to rely on reader revenue to pay the bills, then Spayd is quite right that it needs to pay more attention to readers, not less.