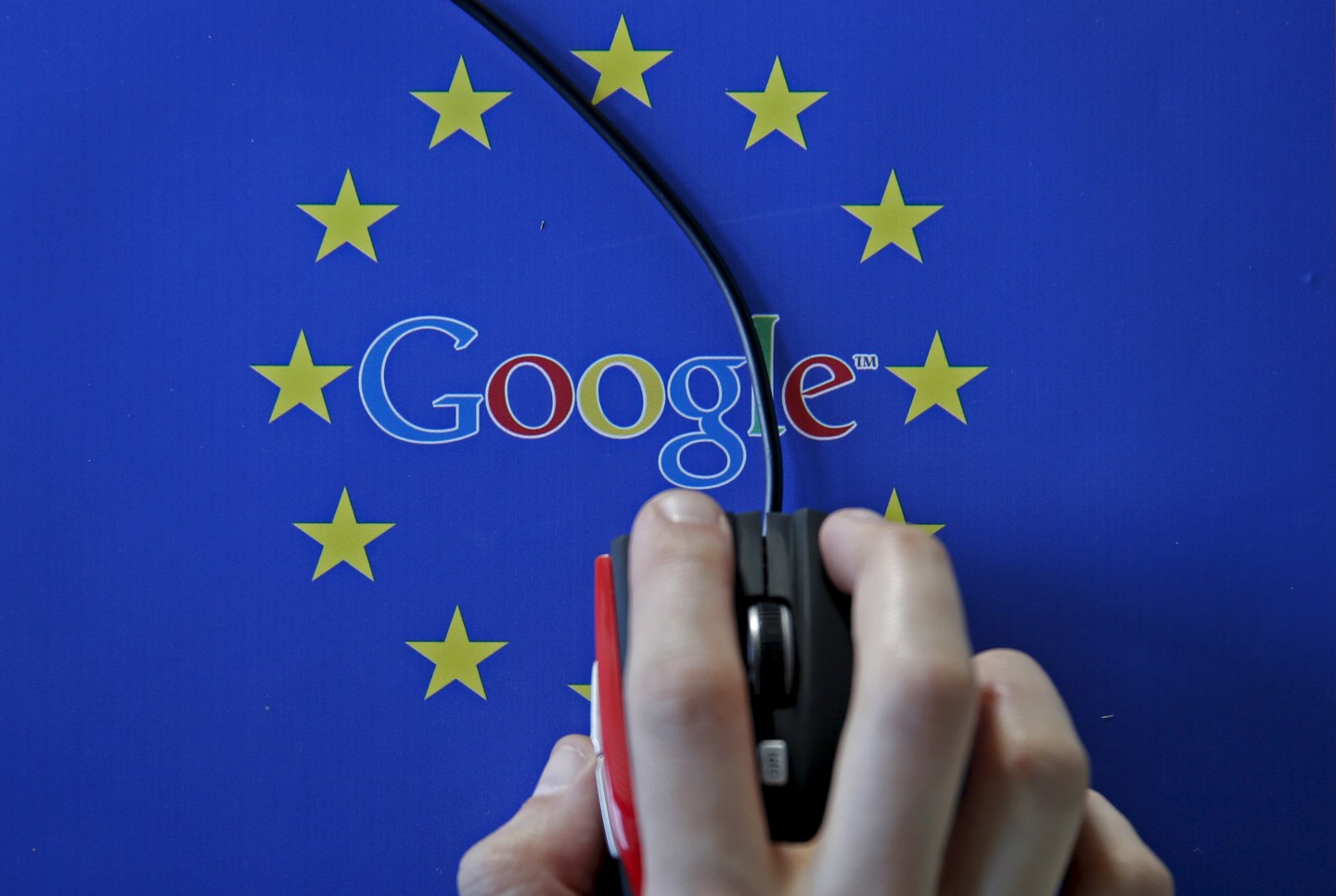 The European Commission also reinforced its existing charge against the world’s most popular Internet search engine that its search results favor Google’s own shopping service over that of rivals.

“Google has come up with many innovative products that have made a difference to our lives. But that doesn’t give Google the right to deny other companies the chance to compete and innovate,” European Competition Commissioner Margrethe Vestager told a news conference in Brussels.

The Commission said it had sent two “statements of objections” to Google (GOOGL).

The new charge sheet accuses Google of having abused its dominant position by artificially preventing third-party websites from displaying search advertisements from its competitors.

This relates to Google’s “AdSense for Search” platform, in which Google acts as an intermediary for websites such as those of online retailers, telecoms operators or newspapers, with searches producing results that include search ads.

“We have also raised concerns that Google has hindered competition by limiting the ability of its competitors to place search adverts on third-party websites, which stifles consumer choice and innovation,” Vestager said.

The EU’s pursuit of Google, along with probes into other U.S. multinationals over tax issues and control of personal data, has caused irritation in Washington, with President Barack Obama last year accusing Europe of veering toward protectionism.

Vestager, a former Danish economy minister who took over as the EU’s powerful antitrust commissioner in late 2014, insists she is simply applying the law and promoting free competition.

Google’s AdWords and AdSense programs have been on the Commission’s radar since 2010, under Vestager’s predecessor, after rivals complained about unfair advertising exclusivity clauses and undue restrictions on other advertisers.

They form the core of Google’s business which posted about $75 billion in revenue last year, the vast bulk of Alphabet’s total annual revenue.

The Commission also said it had reinforced its earlier preliminary conclusion that Google had abused its dominant position by systematically favoring its comparison shopping service in its search result pages.

Google could face fines up to 10% of its global turnover for each case if found guilty of breaching the bloc’s antitrust rules.

“We’ll examine the Commission’s renewed cases and provide a detailed response in the coming weeks,” a Google spokesman said.