Why All the Women in Congress Are Getting Barbie Dolls Today 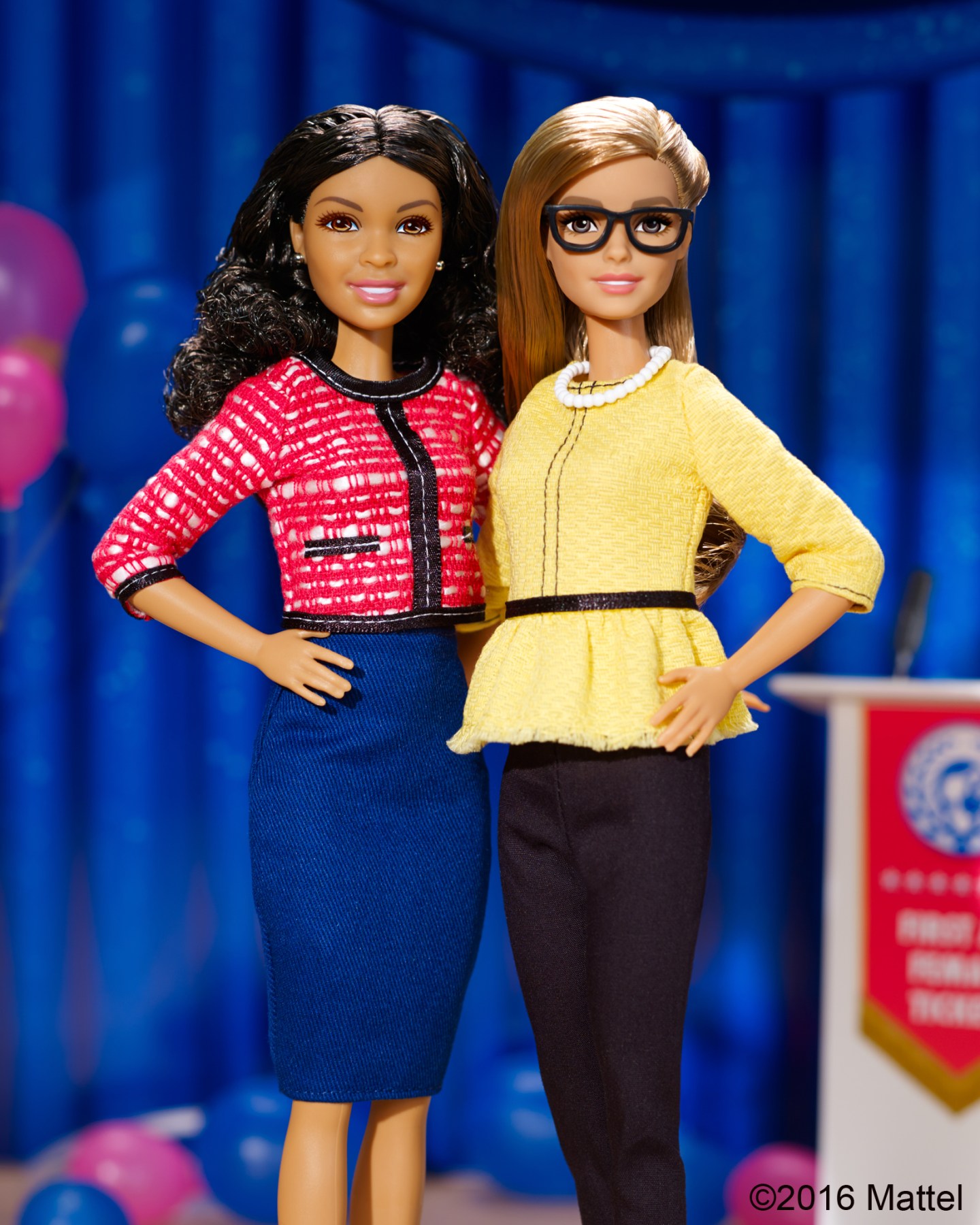 We’re just four months away from election day, and our current political climate makes it difficult, at best, to engage in thoughtful conversation about politics without getting the “politics is off limits” side eye. Whether on the playground, on the subway, in line at the grocery store, or in the elevator… it seems as if “politics” has become a dirty word.

As the mother of two daughters—one six-year-old and one four-year-old—I dream about unbridled opportunities for my two girls. As the founder of She Should Run, a nonpartisan organization working to help women and girls envision themselves in elected office, I dream that every election will present infinite opportunities for women across the country.

With every election, our nation has the opportunity to elect a more diverse group of leaders, whose varying perspectives will allow for smarter, more informed and more representative decision-making, resulting in greater opportunity and prosperity for all Americans. Yet if we want girls to believe they can become anything they want—including President or Vice President of the United States—then we need to work much more diligently to help them envision those dreams. And we need to provide the ongoing support and inspiration girls need to travel their own, unique pathways to achieving their dreams.

The good news is, most young girls today believe they have limitless potential, feel empowered to share what’s on their minds, and are not afraid to raise their hands and speak up. Many of them don’t really understand why electing a woman as President of the United States is such a big deal.

However, the reality is that elected and nominated political seats across the country—from City Council to Congress to the bench of the Supreme Court—remain dominated by men. There are 500,000 elected offices across the country and we need to be grooming more women and girls—of all races, generations, geographies and experiences—to run for them.

We can’t expect to find the best solutions to 21st-century challenges when we only have half the population represented at the decision-making table. A healthy and effective democracy needs to include female voices.

That’s why She Should Run and Barbie are partnering to deploy the power of visibility. On Wednesday, we are releasing the first-ever President and Vice President Barbie set to help more girls to envision the possibilities of leadership from a young age. However, it’s not just about the presidency; it’s about all levels of government and leadership roles that would benefit from the ideas and perspectives of women.

It’s clear that inaction is not an option; we simply cannot afford to give girls the impression that political elections don’t matter, and we certainly don’t want to instill the idea that they—whether individually or as a group—have no power to make things better. But we have our work cut out for us.

According to the Girl Scouts Research Institute, 68% of girls don’t feel encouraged to pursue careers as politicians. That means, even though girls think they can be leaders, they don’t necessarily feel supported or inspired to take on that role. We need to reinforce the impact that women can have in leadership positions, particularly the positive change they can make in elected office. And we need to let girls knows that they can redefine what it means to be an elected leader.

The more we can normalize women leading, the closer will get to the vision of a world of limitless possibility.

And with work, they’ll never know a world in which electing a woman President of the United States is such a cause for celebration.

Erin Loos Cutraro is the co-founder & CEO of She Should Run, a social change organization working to dramatically increase the number of women and girls who see elected leadership as a possibility. She is a frequent public speaker on issues related to women’s and girl’s leadership in public life.