Here’s How Walmart Is Making Sure Its Produce Stays Fresh 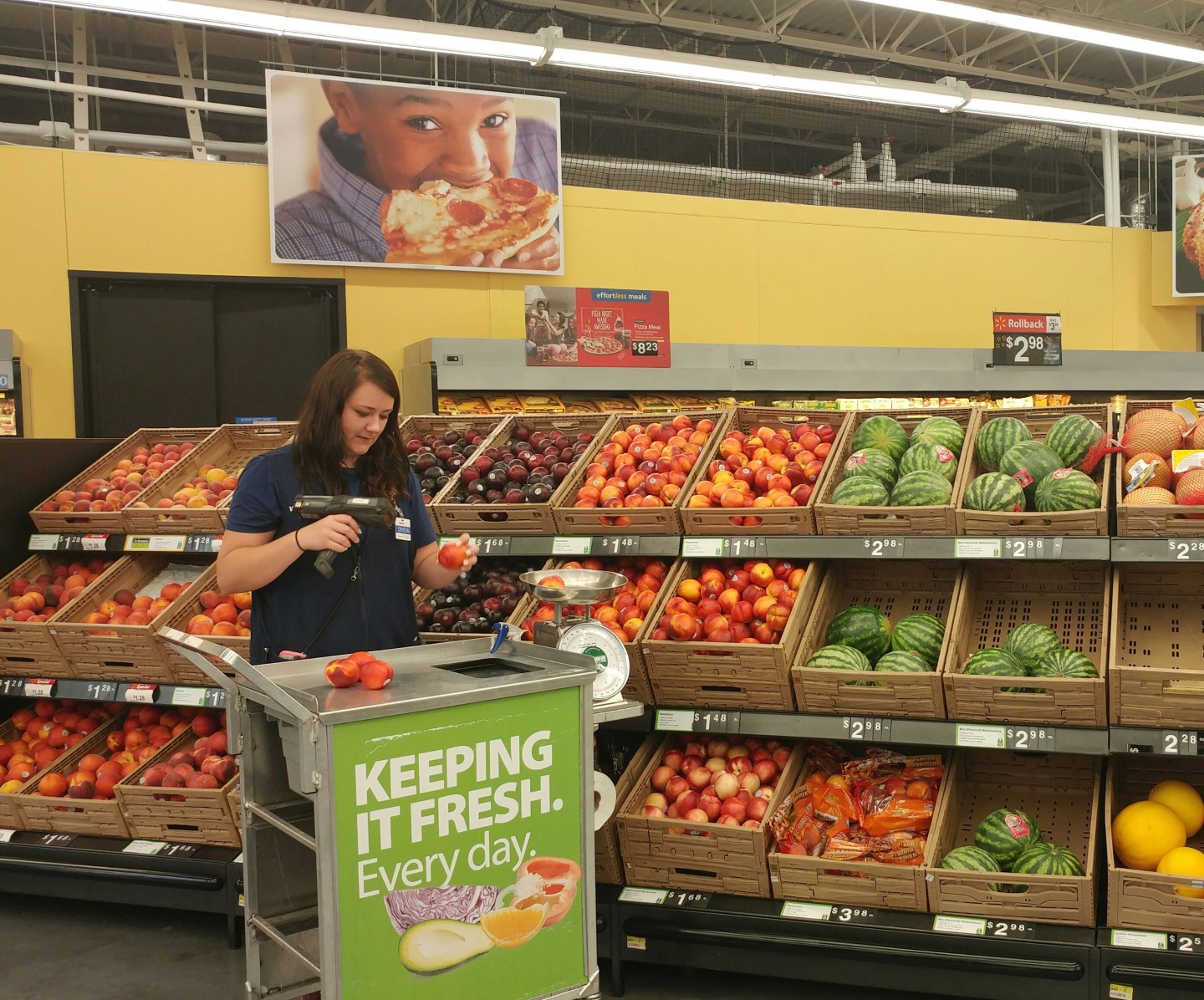 Walmart (WMT) has begun to deploy special “quality carts” aimed at reducing waste and improving its fresh food assortment at a time the retailer is revamping its grocery business.

The retailer, which gets 56% of its U.S. sales from groceries ($167 billion last year), has made fresh food a cornerstone of its turnaround plan to keep its fragile sales growth going. In the two years since taking the reins, Walmart U.S. CEO Greg Foran has implemented changes in processes such as making sure items are placed on shelves earlier so stores don’t have to discount items getting close to their sell-by dates.

New “Quality Carts” are another such effort: They have weighing scales and a box to collect discarded produce, steps previously taken in the back room. The carts will let employees sort fresh produce by removing items that are almost at their expiration and weighing them to manage inventory and be more efficient about restocking. The culled items are sold at discount or given away. Walmart already uses the carts at 500 stores and plans to have them in all of its 4,600 U.S. outlets by the end of October, Reuters reported this week. Another benefit: having employees spend more time on the floor interacting with customers, something Walmart has said is key to improving service.

As Fortune reported last month, Walmart is in the process of overhauling the layout of the food section at 3,000 stores, including super­centers and its smaller Neighborhood Market stores, by year end. That includes steps like putting leafy greens closer to the front of the store to convey freshness, lowering display cases, and opening up floor space so that shoppers can see clear across the food area, as well as emphasizing products like 100% grass-fed beef and antibiotic-free meat. Walmart is also hiring hundreds of fresh-food managers.

Reuters said the retailer is introducing one such cart per store with more to come later. The carts were first used at Walmart’s Asda grocery chain in Britain and have also been rolled out in Argentina.